When one public company in a certain sector communicates a difficult quarter, the other companies in the sector tend to see a dip in share price. However, for private companies, it is hard to know exactly why there was an increase in costs last week — was it due to the company’s performance or happening to everyone else, too.

Varos, based in San Francisco and Tel Aviv, is shedding some light on how companies compare to their peers in terms of key performance indicators, like customer acquisition costs.

CEO Yarden Shaked founded Varos in 2021 with CTO Lior Chen and his father, Gil Shaked and was part of Y Combinator’s summer 2021 batch. They created a data-sharing tool that crowdsources data via API integrations with its customers’ tech stack. The data is pulled in real time and requires no maintenance by customers, according to Chen.

E-commerce companies are data-driven, but typically only have their own historical data to go by, Yarden Shaked told TechCrunch.

“You are flying blind — you don’t know if you are performing well or not, and you can’t answer if your KPIs are good or bad, so you don’t know what levers to pull because you don’t know what the problem is,” he added. “On the other side are the trends. If your customer acquisition cost spikes, it could be a market trend. We come in and provide that solution through data cooperation. People feed in the data, we anonymize it and give it back to you for insights.”

With Varos, it is all self-serve. Customers connect their data, it is placed into various verticals and tagged in different ways. Users get a dashboard where they can compare to, for example, an apparel company spending $100,000 a month on digital marketing with average order values of a certain amount and get a graph of how that has moved over time. 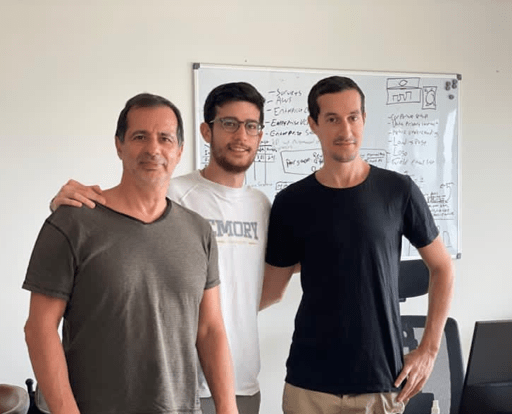 One of the big hits is Varos’ Monday morning report of trends, where users see their weekly data versus weekly benchmarks. This is a new category of data analytics that helps users understand their own performance as it compares to direct competitors, Yarden Shaked added.

He says this type of data collaboration is being done in other industries, including farming, travel and late-stage investing, where valuation is based on competitive data, but is relatively new for the e-commerce and SaaS spaces. And it is already gaining traction since its soft launch last August: more than 250 users are feeding marketing data into Varos to see how they stack up against their peers.

Varos has been a free service as its builds up its data marketplace, but also has multiple paying customers. To keep up with the demand, the company raised $4 million in seed funding, led by Ibex Investors, which also included Y Combinator, Financial Venture Studio and a group of individual investors, including Tom Glocer, former CEO of Thomson Reuters; Andy Dunn, co-founder of Bonobos; Amol Deshpande, co-founder of Farmers Business Network; Bob Moore, the CEO of Crossbeam; and John Jersin, co-founder of Connectifier.

Varos, which officially launched Wednesday, started with marketing KPIs, but doesn’t want to stop there. The company is not only adding Shopify, Google and TikTok integrations and others around revenue growth and conversion rates, but will also expand into other areas, like finance, product and sales, Yarden Shaked said.

Until a month ago, it was just the three founders, but the company now has a team of seven, mainly in product and design. The plan is to double the headcount by the end of this year.

“We are happy our hypothesis is working,” Yarden Shaked said. “The trend used to be that without Varos, if something spiked or changed, there was a learning period to understand where it was not performing well. Now with Varos, we say you can focus on the creative, and we’ll tell you if the cause was a macro-trend or company-specific.”