Pakistan-based fintech platform NayaPay has raised $13 million in a seed round to roll out its multi-service messaging and payment app, and to build payment acceptance and financial management tools for businesses in the South Asian country.

NayaPay CEO and founder Danish Lakhani told TechCrunch that the super-app allows people residing in Pakistan to send and receive money, split bills and make payments conveniently from smartphones. They have also issued virtual and physical Visa cards linked to the NayaPay wallet, further allowing its users to make POS payments and businesses to accept payments.

Lakhani said that NayaPay is leading a digital payment revolution in Pakistan, a cash-heavy economy, where only 1% of $4 trillion payments are done electronically. This is in a country of 220 million people. But NayaPay’s goal is even bigger: to bank millions of adults that remain unbanked, with women affected the most — only one in three women holds a bank account. The youth and freelance communities in Pakistan are also majorly locked out by traditional banks. About 100 million people are unbanked in Pakistan, according to this World Bank report.

“Students and freelancers are among the most underbanked population, and they are our first target market. They find it very difficult to open bank accounts because they don’t have a source of income. Bank compliance departments consider them very high risk, but we see them as a group with the highest lifetime value,” said Lakhani.

The round was led by Zayn Capital; London-based investment firm MSA Novo; global fund manager Graph Ventures; and an early-stage VC from Silicon Valley. It had the participation of Singapore-based Saison Capital, Waleed Saigol’s Maple Leaf Capital and Warren Hogarth, CEO Empower Finance and sponsors of the Lakson Group (a Pakistani conglomerate). The seed round is the largest seed financing round in the South Asian market, leapfrogging Tag, a banking and financial services platform that raised $12 million last year.

“We are very bullish on fintech in Pakistan. While just beginning to emerge, Pakistani fintechs have the advantage of learning from peers and placing better informed strategic bets. We were impressed by the completeness of the vision of the founding team at NayaPay, and their differentiated platform-based strategy– first focused on servicing the needs of underbanked consumers and SMBs with specific use cases and building out from there,” said Zayn Capital Fronteir co-founder and managing partner, Faisal Aftab. 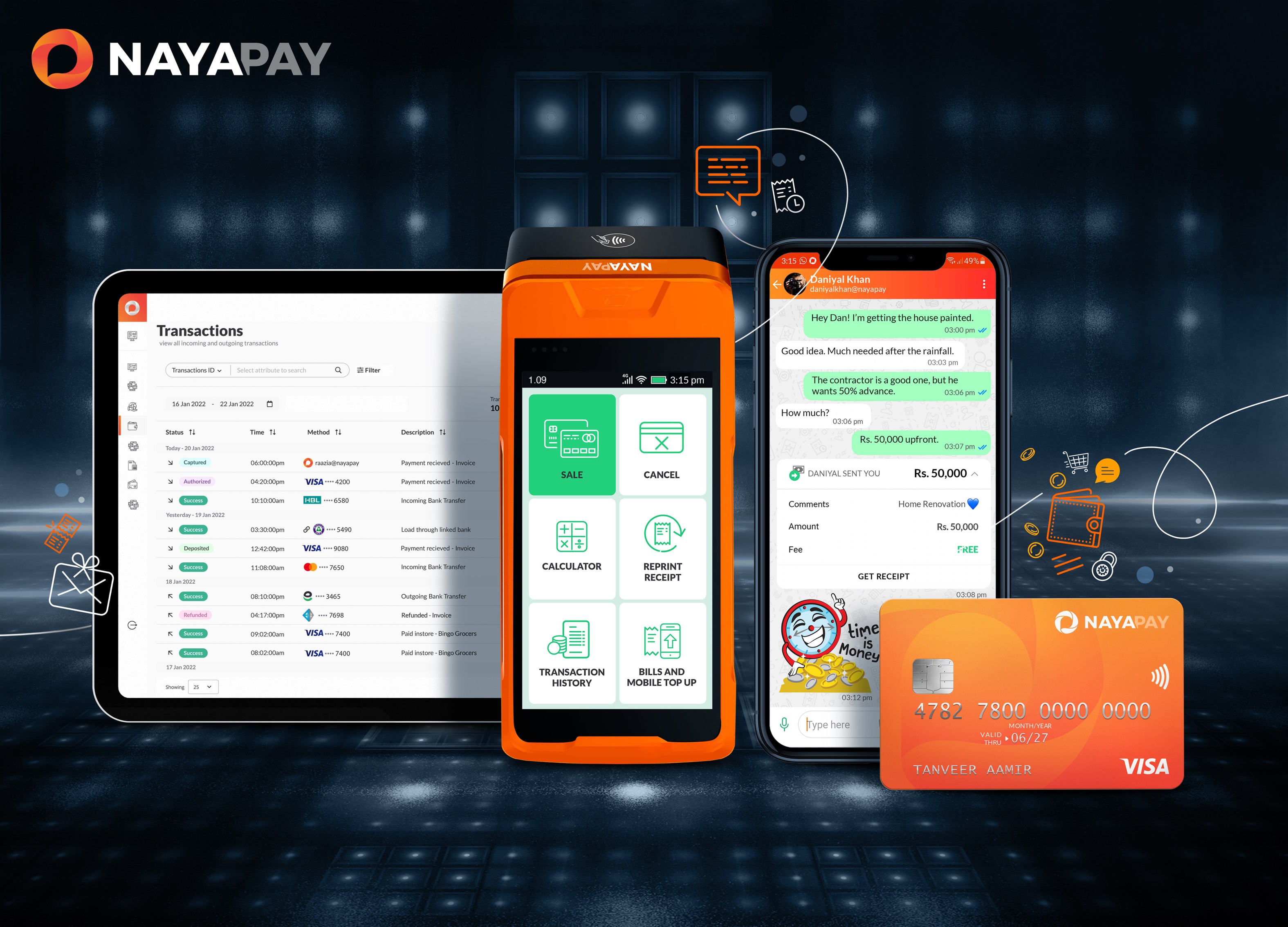 “With a proven ability to execute on the ground, the founder has an impressive track record of building and scaling businesses in Pakistan, including the country’s largest fiber broadband service (StormFiber a subsidiary of Cybernet),” said Aftab.

The idea to launch NayaPay was born during Lakhani’s visits to China, where social messaging and payments apps like WeChat Pay and AliPay are commonly used. He was at the time leading Cybernet, a broadband company he helped build from scratch, and which has grown to be the largest internet and data communication network service provider.

He says he was inspired by the ease in use of the Chinese super apps and decided to replicate the model with NayaPay, which he says is going to revolutionize the payments landscape in Pakistan.

Lakhani, who grew up in Pakistan, returned to build Cybernet after his undergraduate and graduate studies in the U.S., where he pursued a degree in applied mathematics – computer science at Brown University, a graduate degree in electrical engineering from Stanford University and an MBA from the Harvard Business School.

NayaPay has already acquired the requisite authorizations, including the E-Money Institution license from the State Bank of Pakistan.

It targets to have 5 million users over the next five years and grow the number of digital payments, which he says will impact other sectors like e-commerce as more people use the NayaPay wallet to make online transactions.

“Online shopping accounts for only 2% of retail in Pakistan and is growing at a 51% CAGR, so there’s a massive demand which has been accelerated because of COVID. For example, restaurants that used to depend mostly on a POS terminal for acceptance, are now requiring payment gateway for their online sales,” he said.

They also plan to introduce other digital financial services like lending and investment, in the future.

“We will grow this platform to give them the ability to invest in money market funds, stock trading and buying other digital assets.”