The world’s labs are under pressure to do more tests and process more materials, not just due to COVID but from the growing biotech and drug development sectors — and automation is the sure path forward. Automata, which got its start making a robotic arm for handling individual tasks, has now raised $50 million to automate entire lab processes from start to finish.

When we last talked with Automata in 2019, the company had just raised a $7.4 million A round and was focusing on developing and deploying its Eva robotic arm, which could be used for a variety of common tasks: moving glass around, performing simple samples, that sort of thing. But they soon found that life as a robot provider for small, highly individual projects and labs wasn’t a viable business model.

“It’s not enough to engage with your customer at one stage — like, ‘here’s the most affordable robot arm on the market, good luck!’ If companies buy one or two robots, it optimizes a few processes but it doesn’t revolutionize how that company works. So over the last few years we’ve started looking at how we can drive adoption of our tech at a scale that matters,” said co-founder and CEO Mostafa ElSayed.

They identified three large markets that they felt were on the cusp of an automation boom: diagnostics, drug discovery and synthetic biology (i.e. the discovery and cultivation of purpose-built microbes).

What the company found as it installed the first few hundred of its Eva arms was that companies in these sectors had a lot of “partial automation.” ElSayed compared this to having a dishwasher in your kitchen: you don’t have to wash plates by hand any more, but you still have to load and unload it, add soap, select the settings, etc. Useful, but it still relies entirely on human labor.

The limits of partial automation were highlighted during the pandemic, when labs performing PCR tests especially were operating at maximum capacity and still nowhere near meeting demand. Similarly in drug development and synthetic bio, timelines stretch into the 5-7 year range for certain processes because there’s a hard limit on how frequently a given process can be run. By moving from partial to full automation, huge time savings and throughput increases can be realized. But it couldn’t be done with a handful of robotic arms. 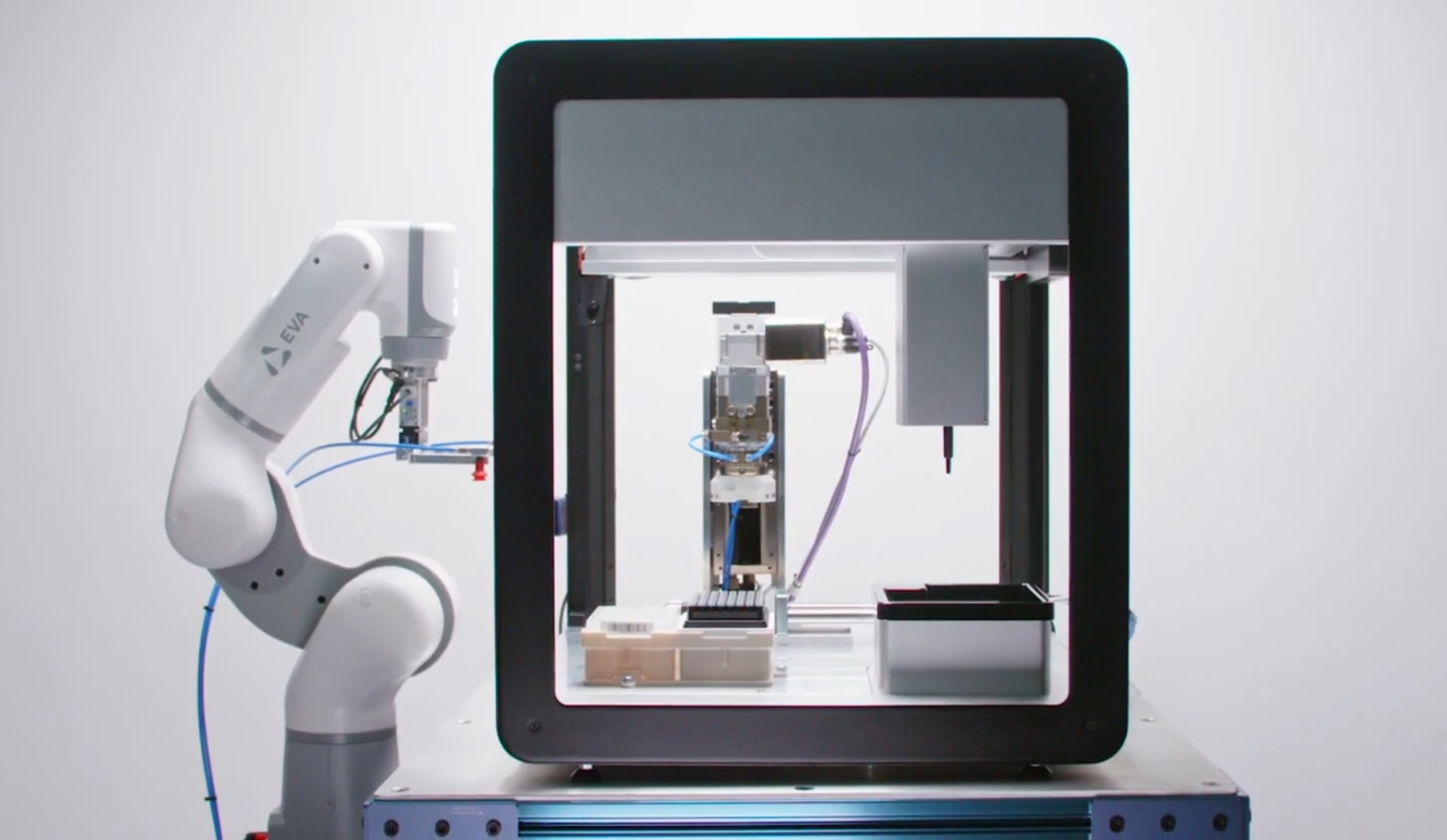 The Automata Labs enclosure with Eva robotic arm next to it. Image Credits: Automata

“We’ve had to build an entirely new hardware stack that allows for this kind of automation,” ElSayed said. Late last year they announced their new hardware platform, Automata Labs, a sort of modular container built for continuous operation of machinery inside and the ability to pass the results to the next step. “The benchtop is really the standard unit of all laboratories, so it’s basically a whole lab bench that’s amenable to automation.”

The company’s most visible success is an NHS testing facility that has been as automated as is currently possible (that is, humans are still in there but a huge amount of the work is done robotically), and has now processed over a million samples. ElSayed pointed out that the number is large, but the more important one was that the automation reduced turnaround times for results by half, which as you might imagine is crucial for time-sensitive tests. It’s largely because the automation level lets the clinicians set the robots to work overnight, and they can have results ready in the morning.

In experimental settings, timelines can be reduced by 25-40%, which is significant but may sound modest to anyone who has read of orders of magnitude productivity increases in sectors like manufacturing. ElSayed said there are other paths to go down to further improve that specific number, like the “lights out laboratories” that enabled the NHS rapid labs. 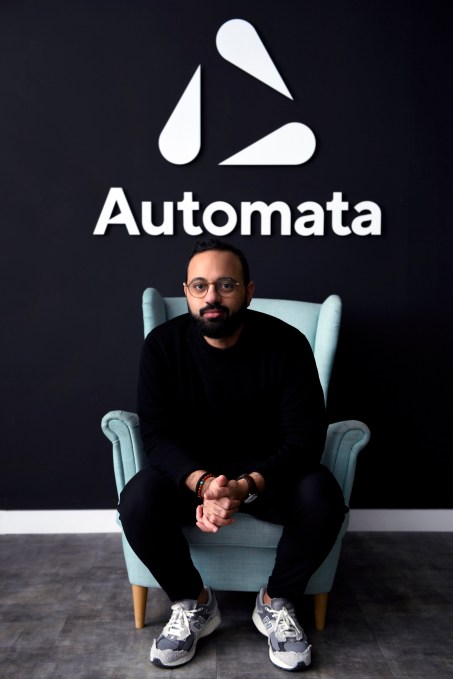 But he noted that for many researchers there’s also a serious need for accuracy and repeatability.

“There was a clear, describable need for those user bases,” he said. “There’s the basic one of increasing throughput while reducing menial tasks in a lab… but there was also, and we didn’t know this going in, a repeatability problem in labs. Teams would publish their own research papers, then try to replicate the results and fail, because the processes in the lab were highly manual and variable.”

So a large part of the draw in automation is systematic tracking and performance, and fewer errors. To that end Automata has been investing in the software to manage and administer its labware and robots.

“The scientists in these organizations — especially their automation scientists, this up and coming role — what they really want is the ability to program these systems themselves, and design these screenings themselves, rather than call us in,” said ElSayed. As anyone who’s negotiated with scientists before probably knows, many would rather keep doing things the old way rather than cede control to an outside agency. So building a system that’s designed to be deployed and adjusted by the on-site crew has been a major focus.

“More and more of the labs adopting our hardware are coming to us for these digital solutions to configure or deploy them, or connect the ecosystem to their data system,” he continued.

A new generation of hardware, in limited testing with partners, is set to be revealed later this year, and Automata is also getting ready to make the leap into the U.S. and wider European markets. The huge amount of hiring, manufacturing, sales, support and so on that this expansion necessitates are the reason the company has raised this $50 million B round. The round was led by Octopus Ventures, with participation from Hummingbird, Latitude Ventures, ABB Technology Ventures, Isomer Capital, In-Q-Tel and others.