Christian Ebersol was working for a health insurance company when he became interested in carbon capture storage and plant-based food.

After joining the entrepreneur-in-residence program at OMERS Ventures to figure out where his next move might be in those spaces, he started reading Marl Bittman’s book, “Animal, Vegetable, Junk: A History of Food, from Sustainable to Suicidal,” and that’s what introduced him to regenerative agriculture, which is a way of having plants and animals co-exist on the same farm in a way that doesn’t deplete soil, water and air conditions.

In recent years, this method of farming has been spotlighted as a major investment area, with some reports saying $320 billion was pumped into this space as of 2019, with major brands like Whole Foods saying regenerative agriculture would be the No. 1 food trend in 2020.

Regenerative farming was something Iowan farmer Nick Wallace was doing when Ebersol met him. Along with Mike Adkins, they started 99 Counties to disrupt the $100 billion U.S. meat market with a marketplace connecting local, regenerative farms in the 99 counties of Iowa to consumers purchasing boxes of beef, pork and poultry.

99 Counties coordinates all of the processing, transportation and marketing so that farmers can focus on raising livestock and consumers can order meat from local farms within a day’s drive. 99 Counties also certifies the regenerative practices of the farms and ensures they get paid. 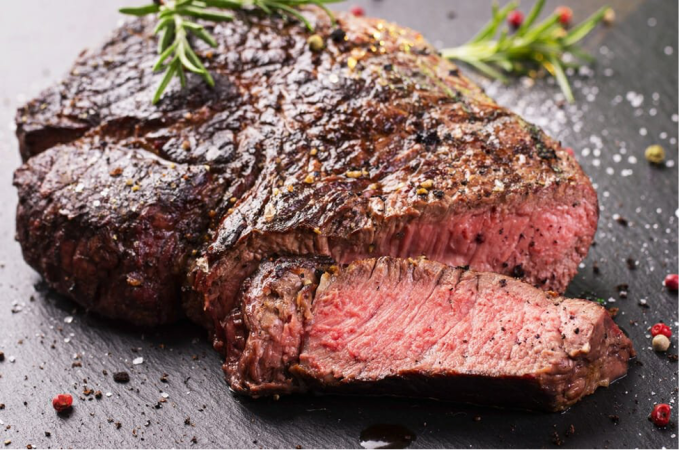 “Today, for most food, people don’t know where it came from,” Ebersol told TechCrunch. “Our technology is all about traceability — when we deliver food to your family, you know what farm it comes from, you can scan a barcode and watch a video on it, you can see where it traveled to be processed and the farm’s humane animal treatment.”

Currently, the company doesn’t have plans to service locations outside of Chicago and Iowa because the goal is to reduce the miles food travels before it gets to the customer. It is, however, working on farm onboarding so there is more diversity in options.

99 Counties will officially launch in September with 15 farms, buoyed by the recent closure of $3.8 million of pre-seed funding in a round led by OMERS Ventures, with participation from Union Labs, GV and Supply Change Capital.

“What Christian and the team at 99 Counties are building goes far beyond a simple marketplace for sustainable meat,” said Michael Yang, managing partner at OMERS Ventures, in a written statement. “It creates the infrastructure to fill an ever-increasing desire by consumers to source local, high-quality food. Until now farmers may have had the desire to serve these markets, but the reality of doing it just wasn’t achievable or affordable. If this model works in Iowa there’s no reason it couldn’t be replicated across the US.”

The new funding will go toward growing the business, which includes bringing Wallace’s existing regenerative farming business under the umbrella of 99 Counties. It will also be invested in hiring, building out the traceability technology and marketing to provide content to consumers about the farms it is working with.

99 Counties is competing against the likes of Butcher Box and Crowd Cow, which raised $25 million the past four years, according to Crunchbase. However Ebersol said his company differs in that it encourages a more local food system versus other competitors that source meat, in some cases, from thousands of miles away.

Meanwhile, with regenerative agriculture becoming more popular as large brands, including PepsiCo and General Mills, announce their intentions to transition tens of millions of acres for regenerative farming, Ebersol is of the opinion that the regenerative community thinks organic will become regenerative as there becomes less tilling of the soil and integrating animals back into the farm.

Ebersol wants the company to ultimately be a subscription business, and after launching, his goal is to have 1,400 families signed on by the end of the year. Average basket costs will be $140. Until then, the company has some work to do before it officially launches.

“Over the next month, we will be signing contracts with farmers and processors and bringing on people in content, social media and marketing to tell the stories of the farmers,” he added. “We will also be building out the traceability and the storefront that people will purchase through.”