Just this year, we’ve seen companies like EventX, Twine, Vendelux and Zuddl announce either funding or strategic moves that enable them to vie for attendee attention.

It’s not just a matter of going to events anymore, but of helping attendees get the most out of their time and money. The global event management software market size jumped from $1.5 billion in 2019 to $5.8 billion in 2020 and is poised to nearly triple by 2028, according to Grandview Research’s data.

But not everything is rosy in the industry. While some virtual event companies, like Hopin, became one of the fastest-growing companies in the past few years as a result, the shift back to in-person is now slowing down the demand for pure online events. This was one of the drivers for Hopin announcing last week that it laid off 12% of its staff.

With B2B technology companies spending an average of 25% to 40% of their budgets on marketing events each year to meet their pipeline goals, Goldcast is hoping to shed some light on the “black box” that is event revenue impact. 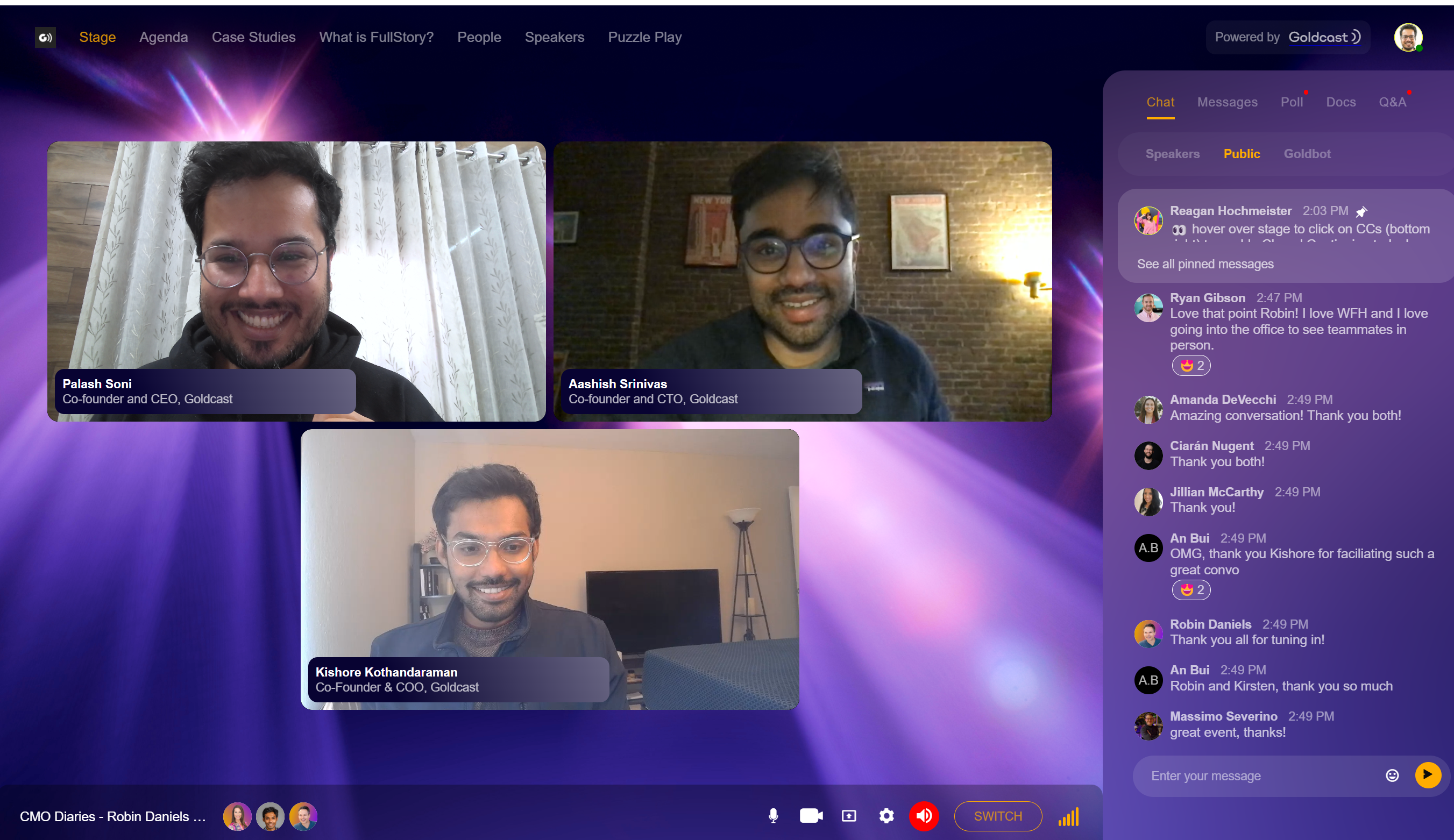 It is the latest startup feeling some investor love as it develops a software stack designed for business-to-business marketers, hosting interactive virtual and hybrid events, to use go-to-market channels and actionable account-based insights for sales teams to show the pipeline impact of events.

Palash Soni, CEO, started Goldcast with his Harvard Business School mates, Kishore Kothandaraman and Aashish Srinivas, in June 2020. Prior to coming to the U.S. for school, he was working for an adtech company and saw the challenge the company’s events team had in getting ahold of event data.

“We started thinking about an events CRM, but then the pandemic hit, and I saw an even bigger opportunity to build an end-to-end platform for companies to have this pipeline,” Soni told TechCrunch.

The company’s technology has two parts: first are the event resources for producing everything from a webinar to a full-scale event, and second, the data analytics integration and workflows so that sales teams can figure out the impact of the events.

Soni said it does compete against the likes of Hopin and other event companies, but believes Goldcast differentiates itself by its focus on B2B marketers and how those events drive pipeline for companies.

“We have a lot of integrations built in that capture everything on the attendee from registration up through the end of the event,” he added. “The journey is recreated and lives in HubSpot or another place, and shows how engaged someone was. You can then create models to say these engagements led to this pipeline impact and see where it drove it.”

Goldcast officially launched its product in January 2021 and decided to go after seed funding after seeing an immediate product market fit that included reaching 100 customers and seeing revenue grow between 50% and 150% quarter over quarter throughout  the past 12 months, Soni said. Customers on the list include Drift, Salesloft, Attentive, Weave, Toast, Avalara and Microsoft GitHub.

He intends to deploy the new capital into growing Goldcast’s customer base and product development to go after larger customers, especially as bigger conferences go back to in-person or even a mix of that and virtual.

As part of the investment, Sandhya Hegde, partner at Unusual Ventures, will join the board. She says today’s B2B companies want to use go-to-market strategies and a smart tech stack to secure sales versus the traditional mention of getting on phone calls and “using brute force.”

Hegde, who has a product and engineering background, was working in marketing prior to Unusual Ventures and said she “was shocked at how far behind the stack they were using.”

“Goldcast is focused on getting the plumbing right around managing lead flow and integration,” she added. “Instead of the old ways of sending a lot of emails to a database and hoping they somehow end up in the inbox, marketers can use virtual events like a scalable engagement channel.”