Imagine staying at an Airbnb and becoming so attached to a particular chair or tea set that you want to buy it. Instead of asking the property owner where it’s from and tracking it down, Minoan Experience lets you order the product by scanning a QR code. Then it’s delivered to your home in a few days. The “native retail” startup announced today that it has raised $5 million in seed funding led by Accel.

The company was founded by Marc Hostovsky and Shobhit Khandelwal, who worked together at Jet.com before the e-commerce marketplace was acquired by Walmart in 2016. During that time, Hostovsky worked closely with omnichannel teams — for example, e-commerce in Hoboken and San Bruno and the Stores team in Bentonville.

“I realized pretty quickly that the best product experiences don’t happen on screens or shelves but instead happen ‘in the wild,’” he told TechCrunch. “In real moments where you’d actually use the product to assess whether you like something or not.”

In late 2019, he stayed at an Airbnb and “became completely enamored with the furnishings. The bed was so comfortable, the knives were perfectly sharp and the host had done an amazing job optimizing counter space in the small kitchen.” Hostovsky and his partner lived in a small New York City apartment, so they took a lot of photos to replicate how the Airbnb space was laid out.

“Then I sort of had this funny realization,” Hostovsky said, “’Huh… brands are spending billions of dollars on Facebook and Google ads just trying to get their products in front of consumers and here we are having an authentic experience with these products enough to feel inspired to buy it when we leave.”

As it happens, Hostovsky left his job at Walmart to work at Minoan right before the pandemic hit the U.S. “What a time to take a leap and start a company at the intersection of hospitality and physical retail, two industries that were getting decimated,” he said.

During the first two months of the company, travel was at a standstill, but gradually started picking back up by summer 2020. One of Minoan’s largest markets, the Hamptons, actually had a very busy season, with most of its short-term rental partners near 100% occupancy and charging higher rates due to demand.

“The way people traveled changed but people started traveling again,” said Hostovsky. “I think the large push for flexible/remote work will result in a culture where ‘personal travel’ and ‘work’ aren’t oil and water anymore, and that’s where an experience like Minoan fits nicely between consumer and business.” 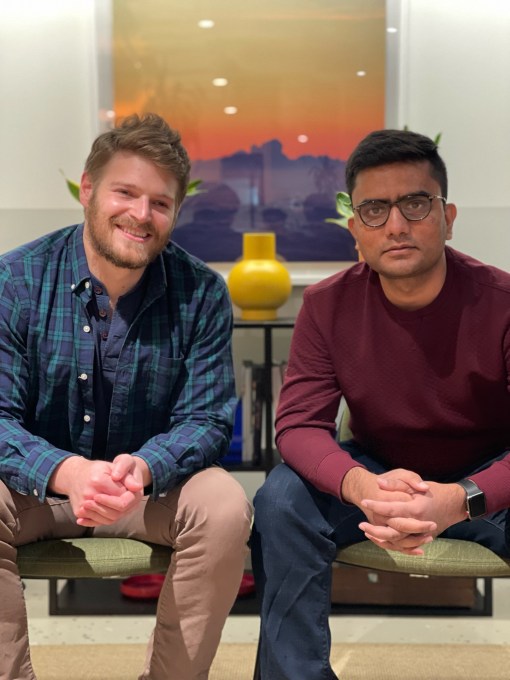 Minoan partners with about 160 products brands, including Pottery Barn, Crate&Barrel, Society6 and Apotheke. Aside from providing an additional distribution channel, Hostovsky said working with Minoan can build brand loyalty. Most guests stay in Minoan spaces for three to four days and during that time, they are using products from Minoan partners every day. Then Minoan’s tech gives them an easy way to buy those products and also collect reviews.

“There’s a lot of value to be captured there, especially in a time when only 9% of digital ads are viewed for more than one second,” said Hostovsky.

Minoan currently has about 80 property partners, encompassing 1,800 spaces. This includes a network of more than 40 hotels, including properties like William Vale in Brooklyn, Lokal Hotels and Mint House 70 Pine. It is also focused on short-term rental properties listed on sites like Airbnb and Vrbo. The company operates throughout the United States, but has large groups of property partners in states like Texas, New York, California, Colorado, Tennessee and Ohio. Part of the funding will be used to expand Minoan’s geographical presence.

For Minoan’s property partners, the company gives them a way to furnish spaces at below retail prices, which Hostovsky said many pay because of the hassle of purchasing wholesale. “Not only is it expensive, but it’s labor intensive, and if you’re an individual owner, it’s a huge burden,” he said. Minoan lets them save over 30% on items, plus they can earn a commission on whatever sells in their space, with Minoan taking care of the administrative side of the retail process. “We have a custom-built procurement platform where properties can search, purchase and track everything they need in one digital space,” Hostovsky said. “Typically, you’re doing this through each individual store you buy products from, but at Minoan we house all that in one portal.”

Part of the new funding will be used on hiring in India, where Khandelwal is from. Minoan has offices in Hyderbad and Delhi there. “They’ll lead technology and product development across different elements of the platform,” Khandelwal said. “We are building our entire tech org in India, so it’s not a back office but our front office from a technology and innovation perspective. Everyone in the India team gets equity and salaries similar to the business folks in North America.”

In a statement to TechCrunch, Accel partner Dan Levine said, “Retail has changed drastically over the last 10 years, and the way people shop has been the most disrupted. What drew us to Minoan was their end to end approach to retail, which typically companies are either consumer or business focused; Minoan has created an end-to-end native retail model that benefits both. We at Accel believe this format will blend the online/offline experience more than ever before and create better, more trusting shopping experiences consumers are demanding.”

Welcome to the post-pandemic economy, startups