Instrumental was launched by two former Apple mechanical engineers in 2015. Having worked on products like the iPod and Apple Watch for the previous six years, they were intimately familiar with the process for checking on manufacturing quality: You got on a plane to Asia and took a look for yourself.

CEO and co-founder Anna-Katrina Shedletsky said that after logging thousands of air miles, she and co-founder Samuel Weiss left Apple in 2015 with an idea for replacing on-site inspections with a software solution, meaning engineers could perform quality control without leaving their offices.

“We build software that helps our customers aggregate data, do smart things with the data to make changes on their [manufacturing] lines, and the reason customers buy it is because it accelerates their ability to get great products out, and it improves their product margins by eliminating waste,” she said.

The solution they developed involves several key pieces. First, they simply collect the data that manufacturers compile as part of their normal testing process. Using a phone as an example, Shedletsky said that could involve testing the camera or the antenna to make sure they are working as they should.

While that data is valuable, it doesn’t tell the full story without seeing what was causing a potential problem. So they place eyes on the assembly line in the form of a high-resolution camera to capture key aspects of the product building process in search of anomalies, which typically are a harbinger of a problem.

She said what really makes this data so valuable for engineers is when they combine the two data sets and apply a machine learning model to surface the biggest problems, showing the test results and the pictures together in one dashboard to help them find and resolve issues faster. 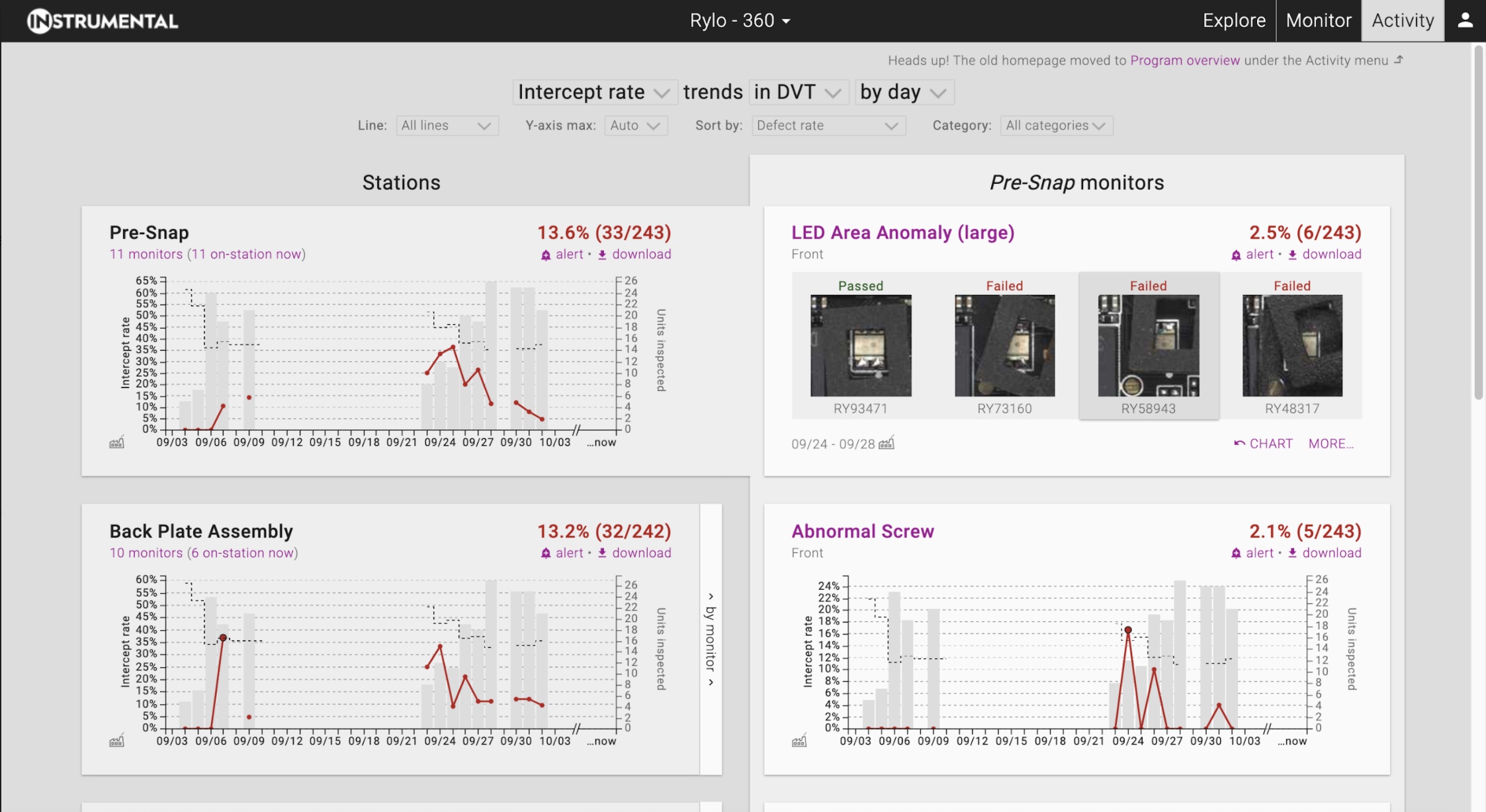 It’s important to note that the customers are not the manufacturing facilities, but the brands hiring them. So far the approach has attracted companies like Honeywell, Motorola Mobility and Bose. In total, they are involved with 30 customers working on 50 programs across 10 countries. Further, Shedletsky reports it’s a sticky product, meaning customers don’t tend to leave once they start using it, with net revenue retention of 150% in 2021.

The company has 75 employees, with plans to add more with the new cash infusion to drive further growth. She said the startup takes a practical approach to building a diverse workforce.

“We do a couple of things to ensure that we have a fair hiring process that leads people to join the team who are mission-driven and culturally additive,” she said. “We really structure our interviews around four competencies that we’re looking for, versus like brain-teaser questions.”

They also give candidates an opportunity to provide a work sample to prove that they can do the job, regardless of their background or school, and they work hard to attract diverse candidates at the top of the funnel. She said they also built a diverse leadership team, which can help attract more diverse candidates, something she said she certainly noticed when she was working as an engineer.

The new Series C investment was led by BAM Elevate with help from existing investors Canaan, Root Ventures and Eclipse Ventures. The company reports it has now raised over $80 million.