Welcome to my new weekly fintech focused column. I’ll be publishing this every Sunday, so in between posts, be sure to listen to the Equity podcast and hear Alex Wilhelm, Natasha Mascarenhas and me riff on all things startups! And if you want to have this hit your inbox directly once it turns into a newsletter (soon!), sign up here.

It felt like there was wayyyy too much fintech news this past week than there normally is – and there’s always tons – so I’ll just cover the highlights here. Ready? Let’s dive in.

More than one proptech company has been struggling as of late, as the housing market has had its share of ups and downs. The COVID-19 pandemic led to a plunge in interest rates and apartment fever which in turn led to more people seeking to buy homes or refinance existing ones. Mortgage lenders couldn’t keep up with demand and proptech startups were raising capital left and right.

But a lot can happen in two years, and we’re facing a whole new kind of housing market. Take interest rates, for one. Currently, rates for a 30-year-fixed loan are hovering at around 4%. While not super high, they are clearly up from the record low of 2.9% set in January 2021. On top of that, many major markets all over the country are facing inventory shortages. So even people who still want to buy a home are struggling to even find one.

So, what does this mean for proptech startups, you might ask? Unfortunately, as of late, rounds of layoffs for one. I broke the news about Better.com’s 9%, or 900-person, staff reduction, in December. Then on Feb. 11, I also broke the (sad) news that a startup called Homie (cute name) based in Utah had to lay off about one-third of its staff, or some 90 to 100 people. The company did not respond to my requests for comment but in a LinkedIn post, it cited “changing market conditions” for the move. Like many other online real estate brokerages, Homie pledged lower commissions and a more streamlined process. Also, like many other real estate brokerages, it has attempted to become a one-stop shop for home buyers and sellers by branching out into loan, insurance and title services.

But at least one Realtor I talked to believes the startup’s strategy of turning agents into employees is part of its problem. To be clear, it’s not the only company that does this. Redfin has been paying agents a salary for years. Notably, its stock has taken a beating over the 12 months, as it too seems to have been impacted by the market shifts. Specifically, Redfin’s shares closed at $29.84 on Friday, up slightly from a 52-week-low of $25.25 but down a whopping 70% from its 52-week-high of $98.44. Grant Clayton, a Louisiana Realtor, believes that it’s that strategy of giving agents a salary that has, at least in part, played a role in Homie’s recent challenges. He told me:

“I believe once agents are turned into employees they no longer hustle. If agents are not hustling business that means the company has to spend their money to provide it, which is a much less efficient way of doing business.”

Oh and speaking of Better.com, I did hear some news about one of its former top executives. On February 3, I reported that Sarah Pierce, who served as executive vice president of customer experience, sales and operations at the online mortgage lender, had parted ways with the company after its layoffs debacle and reported disagreements with CEO Vishal Garg and the company’s board.

On February 10, Pierce announced on LinkedIn that she has joined Sealed as its Chief Revenue Officer. The startup describes itself as “a home wellness company on a mission to make homes healthy, comfortable, and cleaner for the planet.” 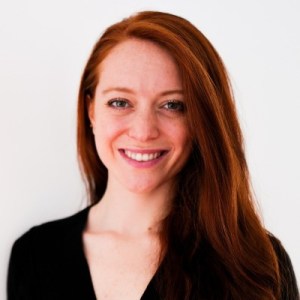 In a LinkedIn post, Pierce wrote: I’ve spent the last six years in the real estate industry and I was shocked to learn that 20% of all greenhouse gas emissions come from the heating and cooling of our homes.

Alchemy and its staggering valuation increase

On February 8, I reported that ​​blockchain infrastructure startup Alchemy had closed on a $200 million Series C extension that valued the company at $10.2 billion (a round that reportedly actually closed in December 2021 but not announced until now). The decacorn status was impressive, considering that just in October, the startup was valued at $3.5 billion after a $250 million Series C round (a 3.5x increase) and at $505 million after an $80 million Series B investment (a 19.8x increase) closed just a little over 9 months prior.

But it turns out the valuation spikes were even bigger than we realized.

A reliable source, who preferred to remain anonymous, told me that when Alchemy – which has been described as the “Microsoft of cryptocurrency” – closed on its Series A in December of 2019, it was valued at just $72 million. That means in March of 2021, right before it closed on its Series B, the startup was actually still valued at $72 million. So an increase from that to a $10.2 billion valuation represents a jaw-dropping 142x increase, or a $9.48 billion jump, in about nine months’ time.

One of the largest, and earliest, players in the buy now, pay later space had a turbulent week after releasing its earnings report. As our own Alex Wilhelm reported on February 11, “Exclusive of yesterday’s declines of more than 20%, shares of Affirm are off another roughly 15% today as of the time of writing, worth just $49.70 per share.”

I found this particularly interesting as I have been following the BNPL space for some time (a sampling of my previous articles on the subject can be found here, here and here). Alex shared some thoughts on what Affirm’s stock dip could mean for startups in his piece so I won’t delve too deeply there.  While I think BNPL is disruptive, here to stay and might be helpful to many consumers and merchants alike – there’s no denying that it is still a form of debt and those who lack self-discipline could easily find themselves spending beyond their means and in over their heads.

Also, when Affirm first dropped its S-1 in November 2020, it revealed that a significant portion of its revenue (28%!) came from Peloton, which means that the company needed to be careful not to put all its eggs in one basket. Its latest earnings report contained some on-the-surface positive numbers: active merchant count grew to 168K, up 2,030% YoY from 7,900; active consumers grew 150% YoY to 11.2 million: GMV rose by 115% YoY to $4.5B and total revenue was $361M. But one has to wonder if/just how much Affirm is feeling some negative impact from Peloton’s woes and what the future holds for the BNPL behemoth.

Meanwhile, in more positive news for the space, our own Romain Dillet reported on French BNPL payment startup Alma raising another $130 million round toward its effort “to build a new ‘buy now, pay later’ giant in Europe,” proving that startups in the sector are still raising large sums of capital.

We published too many fintech rounds to count on TechCrunch this week – from all over the world, yay! – and there were others we didn’t get to. I’ll link to some of that funding news here:

Vivid Money, a financial super app, raised $114M at an $886M valuation to expand in Europe

Vietnam-focused investment app Infina boosts its seed round to $6M

CRV led a $25M round for Northspyre  Note: I had wanted to cover this but just ran out of time…Northspyre, as described CRV’s Anna Khan, is a vertical SaaS real estate play out of NYC. She told me: “The CEO is really special and has done a lot of amazing things around diversity – almost 50% of their engineering team is female!” CEO William Sankey co-founded Northspyre in 2017 after spending six years as a New York City real estate developer and project lead. 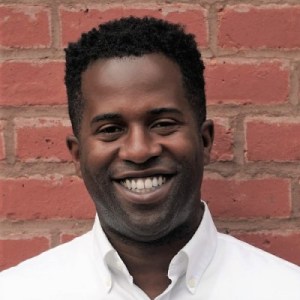 Neo.Tax raised $10M to help make taxes more of an asset than a liability for startups. One way it’s doing this? Helping them access R&D tax credits.

Amira Yahyajoui wants Mos to be a ‘radical’ fintech startup

And last but certainly not least, the very talented Tage Kene-Okafor reported on how African startups raised a record-smashing $4.3 billion to $5 billion in 2021 with fintech startups being recipients of a good amount of that capital.

In other fintech news…

As expected and reported previously by TechCrunch, Apple announced a tap-to-pay feature that will allow iPhones to accept contactless payments. Sam Shawki, co-founder of startup MagicCube, has thoughts on that, which he shared here.

Alex and the brilliant Anna Heim continued their insightful coverage of the insurtech space in this article: “Which insurtech startups are set to thrive?“

Addition Wealth launched to the public with its free, holistic financial planning services, according to TC’s newest staff reporter Anita Ramaswamy, who will be covering fintech and crypto! Can you tell how happy I am she’s here? There is just TOO MUCH fintech news to cover.

Aaand, Aisha also wrote about how Meta’s Messenger is rolling out its “Split Payments” feature to all iOS and Android users in the United States.

Whew. That was fun – thanks for reading and please share! Also, stay tuned for a very extensive Fintech Investor Survey I conducted that will publish on TC+ this week. Good stuff! Have fun watching the Super Bowl if that’s your jam. See you next week!