MoviePass’ 2.0 kickoff press conference got off to a suitably rocky start. After a high energy introduction montage of upcoming film trailers, founder and new owner Stacy Spikes took the stage amid some audio issues, eventually switching over to a handheld mic.

Say what you will about the firm’s previous struggles, but Spikes has learned to laugh at things (a bit), quickly clicking into an image of the Hindenburg on the slide deck behind him as a kind of shorthand for how things had previously played out.

The entrepreneur devoted the first few minutes of the Lincoln Center event to unpacking some of what went wrong with the firm. “First we’re going to talk about basically what happened,” he explained with a laugh. The slide advanced to a shot of MoviePass CEO Mitch Lowe and Helios and Matheson CEO Ted Farnsworth smiling and holding up MoviePass cards. Spikes waved off what sounded like jeers from the friendly audience. 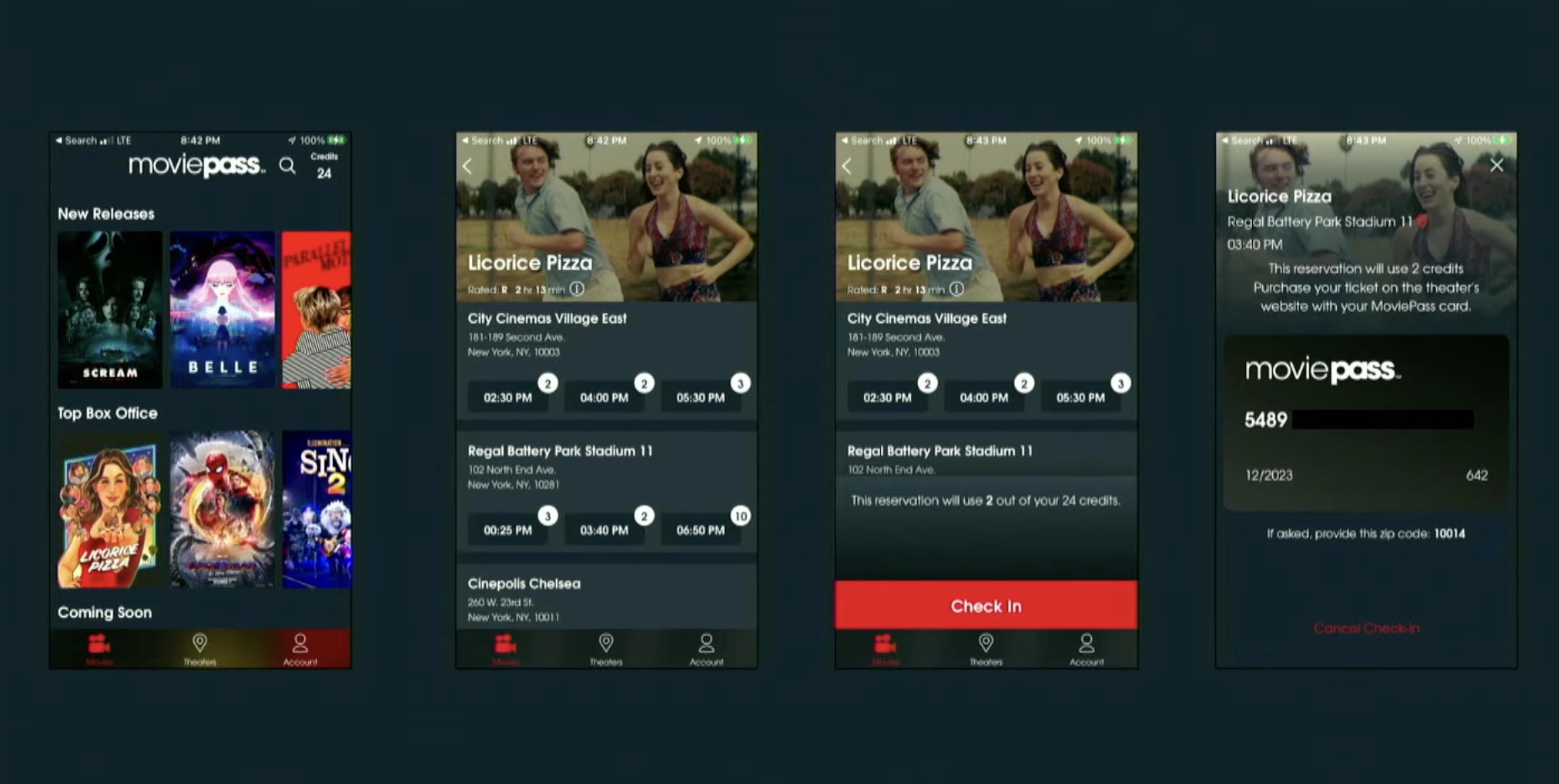 In a perfectly 2022 startup twist, Spikes says he was informed that MoviePass was back on the market by a documentary crew making a film about the company’s admittedly spectacular rise and fall. Twenty-one days after making a bid, a bankruptcy court approved the purchase. We spoke to Spikes shortly after the news broke last November and he offered the following very blunt assessment of the app’s technical issues:

That wasn’t technical, because it was intentional. When I was CEO, the MoviePass app worked great. It functioned. Peopled loved the ease of service. I can go wherever I want, I can walk up to any theater. We had a larger footprint than Fandango and Movie Tickets combined. In any theater, probably except for drive-ins or cash-only, you could use MoviePass. So that ease of use and simplicity was perfect. We worked a lot of years to get that that right. Everything that transpired after that was intentional. Those weren’t technical issues. Them deciding to pull AMC Theaters, or your app not working fully were not technical issues.

It’s clear those old wounds won’t heal overnight, but today’s event was about the form MoviePass 2.0 will take when it launches (according to plans) this summer. It also found Spikes putting out a call for equity crowdfunding in the relaunch. The service’s site has a signup form for those interested in investing. Spend enough and you can score a lifetime membership.

In a sense, the original version was a victim of its own successes, growing at an unsustainable rate. Spikes’ presentation attempted to walk the line between modest growth plans, while laying out a “moonshot” of facilitating 30% of all theatrical sales by 2030. 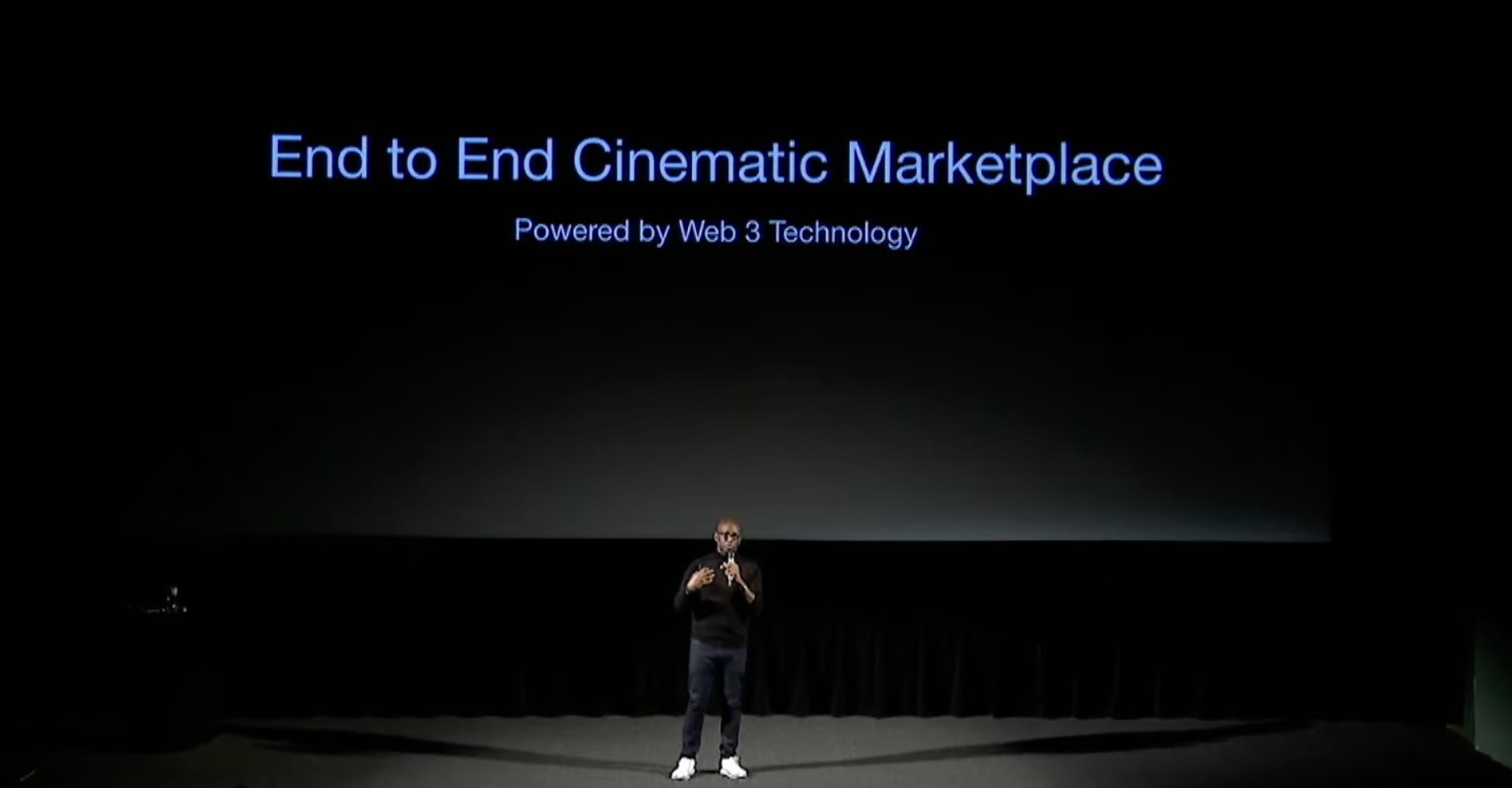 At the core of the new service is a credit system — one MoviePass says is fostered by underlying web3 technologies (without laying out too many details on that front). Effectively, films will cost a different number of credits depending on a variety of variables, including whether you chose to see a film, say, on a Tuesday afternoon or a Friday night. Credits will roll over monthly and can be traded. Users can also spend more credits to bring a friend.

MoviePass refers to it as a “virtual currency.” It’s one that users can earn by watching ads through Preshow — another Spikes-founded firm. Anthony describes a demo of the feature back in 2019 thusly:

Spikes demonstrated this feature for me last week, showing me how his face unlocked the PreShow app. Once he’d chosen the film he wanted to watch, he was presented with a package of video ads that were specifically selected to run with that movie — and any time he looked away from the screen or moved too far away from his phone, the ads would stop playing. (Apparently the sensitivity can be dialed up or down depending on user feedback.)

The visual of an ad that stops the moment a user stops looking is certainly a jarring one — and something that’s already drawn its share of dystopian comparisons. But it’s also probably the future of ad monetization, if we’re being honest here for a minute. In addition to all of that, the new MoviePass is also opening a signup for theaters to partner with the service. It says a number are currently on-board, including New York’s Angelika.