China’s autonomous vehicle industry first started seeing some traction around 2016, when a bunch of ambitious startups mushroomed following advances in lidar, computing and machine learning. But the nascent sector was still driving in low gear, as the people working on the tech mostly had computer science backgrounds, and there weren’t many with extensive experience in the automobile industry.

Everyone wanted to build robotaxis at the time, recalls Hongquan Jiang, chairman and managing partner at Boyuan Capital, Bosch’s newly minted venture capital arm in China. “Back then, if you told people you were doing Level 2.5 or 3 [the human driver is expected to take over], you would be scorned. But people in the industry quickly realized Level 4 [the driver can take a nap in most circumstances] was still a distant dream,” Jiang told TechCrunch.

Regardless, these founders’ ambitions kept them on the path, and the industry is finally seeing a resurgence in China. Unlike the previous generation of founders, the space is now seeing more automobile expertise flow in. This generation also seems to be more pragmatic, and rather than shooting for the stars, they’re focused on market demand.

A lot of things can happen in China because of government support, but not necessarily elsewhere. Hongquan Jiang

This focus is reaping fitting rewards for startups. The industry saw a period of unprecedented acceleration in 2021, with over $8.5 billion invested in robotaxi startups, self-driving truck developers, lidar makers, smart electric car manufacturers, and chipmakers focused on vehicle automation, according to Crunchbase.

Investors these days have good reason to throw money at this industry, too: Sensors are getting cheaper and more capable, talent from the AI and automotive industries is coalescing, the government has introduced a slew of beneficial policies, and demand is rising as China prepares to cope with a drop in its working-age population.

There’s no fear when the state’s got your back 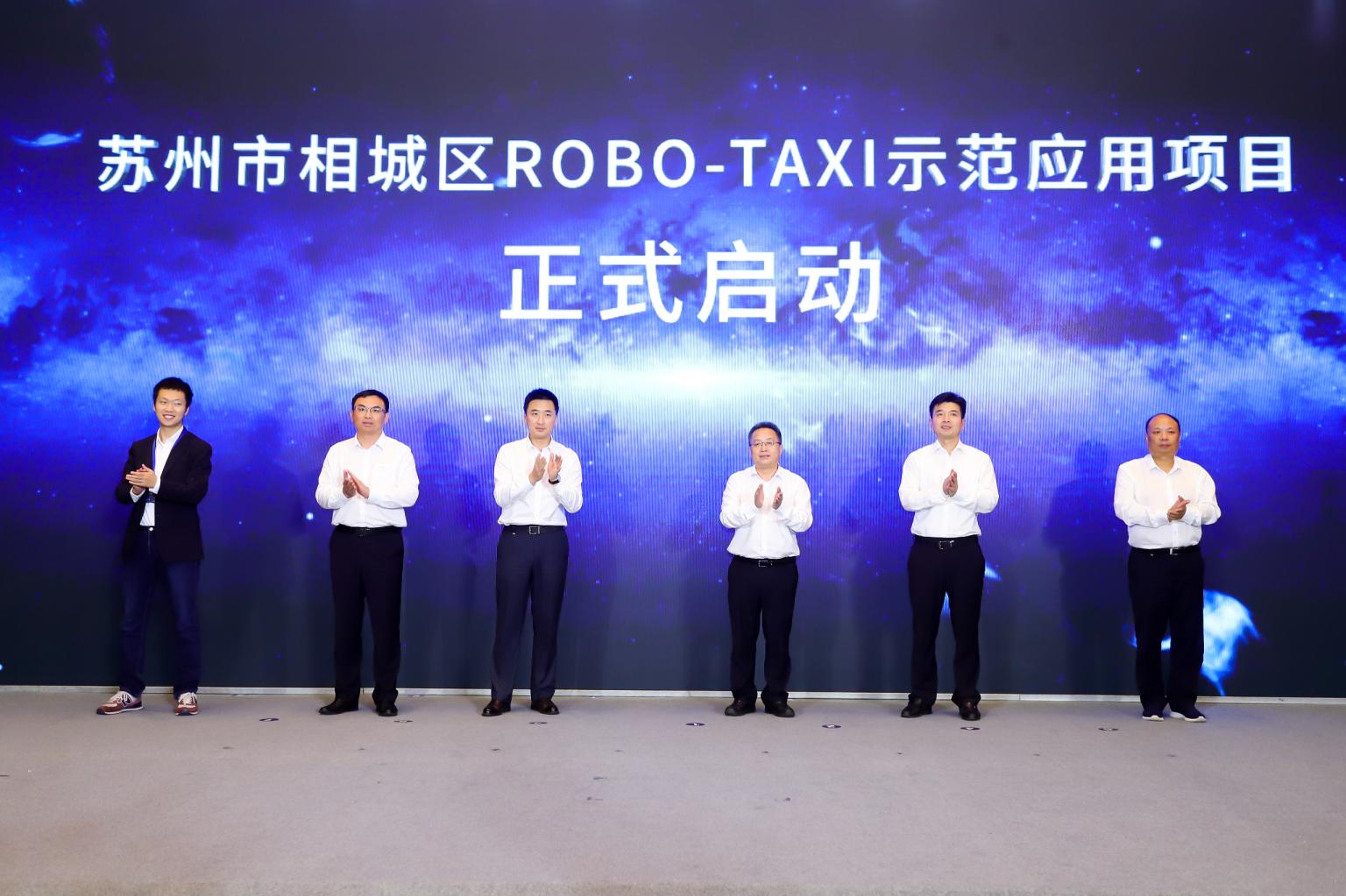 Momenta has a strategic partnership with the government of Suzhou, its home city, to put robotaxi fleets on the city’s roads. Image Credits: Momenta

Like other sectors that depend on public infrastructure, companies working to put driverless taxis, trucks and buses on the road in China have benefited greatly from government support.