Look, I’ll admit that I had to Google how much a boat costs, but any time someone pitches a story saying they are trying to “democratize” a recreational activity with a product that starts at $300K, I find myself wondering how much it costs to get a guillotine blade sharpened. My Robespierian misgivings aside, I’ve got to give it to the team — Navier’s next-gen boats are looking pretty slick. Hydrofoils mean that the vessels zip across the top of the water, and beefy battery packs and electric motors mean that the crafts have some of the longest ranges of any electric craft available — the company reports 75 nautical miles of range, which is about 690 furlongs, or 86 miles, or 139 km, or thereabouts.

The company announced it just closed a $7.2 million seed raise, co-led by Global Founders Capital and Treble, a new fund run by Daniel Gulati, the former MD of Comcast Ventures. Participants in the funding round include Next View Ventures, Liquid2 Ventures, Soma Capital, Precursor Ventures, as well as some angels.

“We started in 2020. And our ultimate goal is building a new kind of watercraft that cuts the running cost of a marine vessel by 90%,” explains Sampriti Bhattacharyya, PhD, co-founder and CEO at Navier. “By combining hydrofoil electrification, advanced composites and intelligent software, we believe we can cut down the running cost of the vessel by an order of magnitude. This would enable a whole new mode of scalable transportation systems and a waterborne transportation system that was never possible before. Forty-six percent of the world lives in coastal cities, so we believe we have a really big potential market.”

When pushed on the “democratization” part of the play, the company suggests it isn’t as much in the purchasing of the boat, but in the operating costs, pointing out that traditional fossil fuel-powered boats are almost 15 times more expensive to operate than a car, and that that’s the driving force for a lack of adaptation of boating for transportation. Navier suggests that the cost comes from two key areas: fuel and labor. The company plans to reduce fuel costs through electric hydrofoil technology and labor costs by making the boats autonomous.

The first product the company is bringing to market is the Navier 27 — N27 among friends — which is aimed at the recreational boat market. 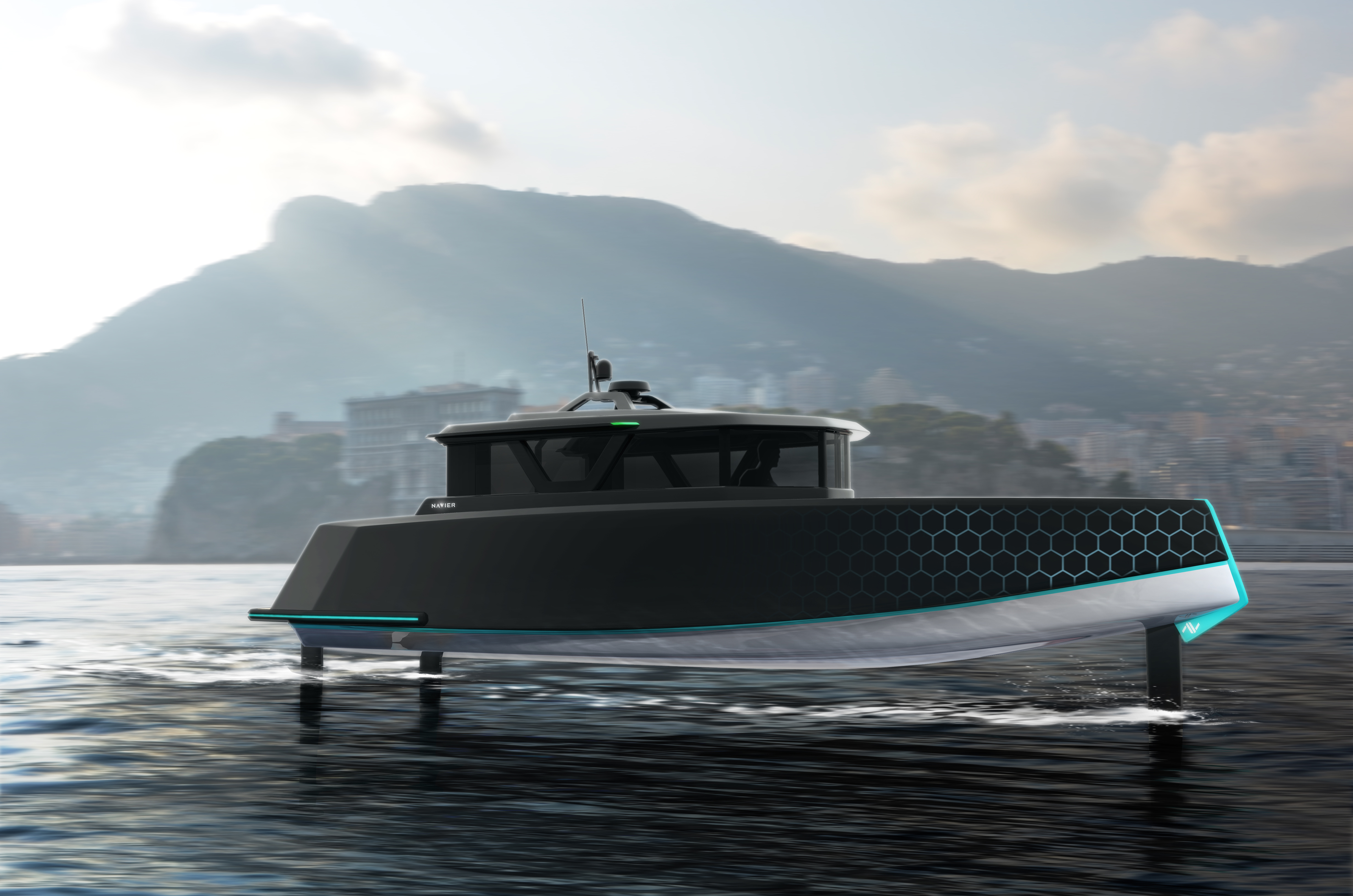 I mean, how cool is this thing? Image Credits: Navier

“Recreational boating encompasses a very wide range of activities; fishing, watersports or just enjoying a cruise out with friends. It is a very broad range of on-the-water activities that involve a boat for fun,” Reo Baird, the company’s CTO, humors my complete lack of boat knowledge. The recreational vessel is step one — over time, the company is hoping to leverage the efficiency to build floating robo-taxis. “Essentially we are building a platform; a highly efficient watercraft. Our long-term goal is actually to use that same platform for mobility as a robotaxi on the water. This becomes possible by reducing the cost — including fuel and the labor cost.”

“If you can build a boat that can compete in cost, speed and convenience, then essentially you are opening up a whole new mode of transportation,” explains Bhattacharyya. “Think of the [San Francisco] Bay Area, for example. At the moment there are 10 terminals and five routes. As soon as you make a boat that can go to smaller marinas, you increase your number of terminals from 10 to 65. All of a sudden, you have 2,000 routes available. That unlocks things: Now, Richmond in the East Bay to San Francisco isn’t an hour drive, it is literally 15 minutes on the water.”

The efficiency gains are from three areas of the vessel. The main saving comes from the hydrofoil technology, which means that when the boat is at speed, its hull is lifted out of the water, and the vessel is cruising along on little wings. This means that the motors don’t have to push as much water out of the way to move at speed, which drastically reduces drag and increases efficiency. The tech has been around in passenger craft since the 1950s or so, and is undeniably cool. For recreational boaters, it’s less common, however; they have traditionally been harder to load onto trailers, they aren’t great for very shallow waters and in order to get the benefit from the foils, you have to move at quite a clip.

“We haven’t published the exact minimum speed for takeoff, but it is somewhere in the range of 15 to 18 miles an hour,” Baird explains. 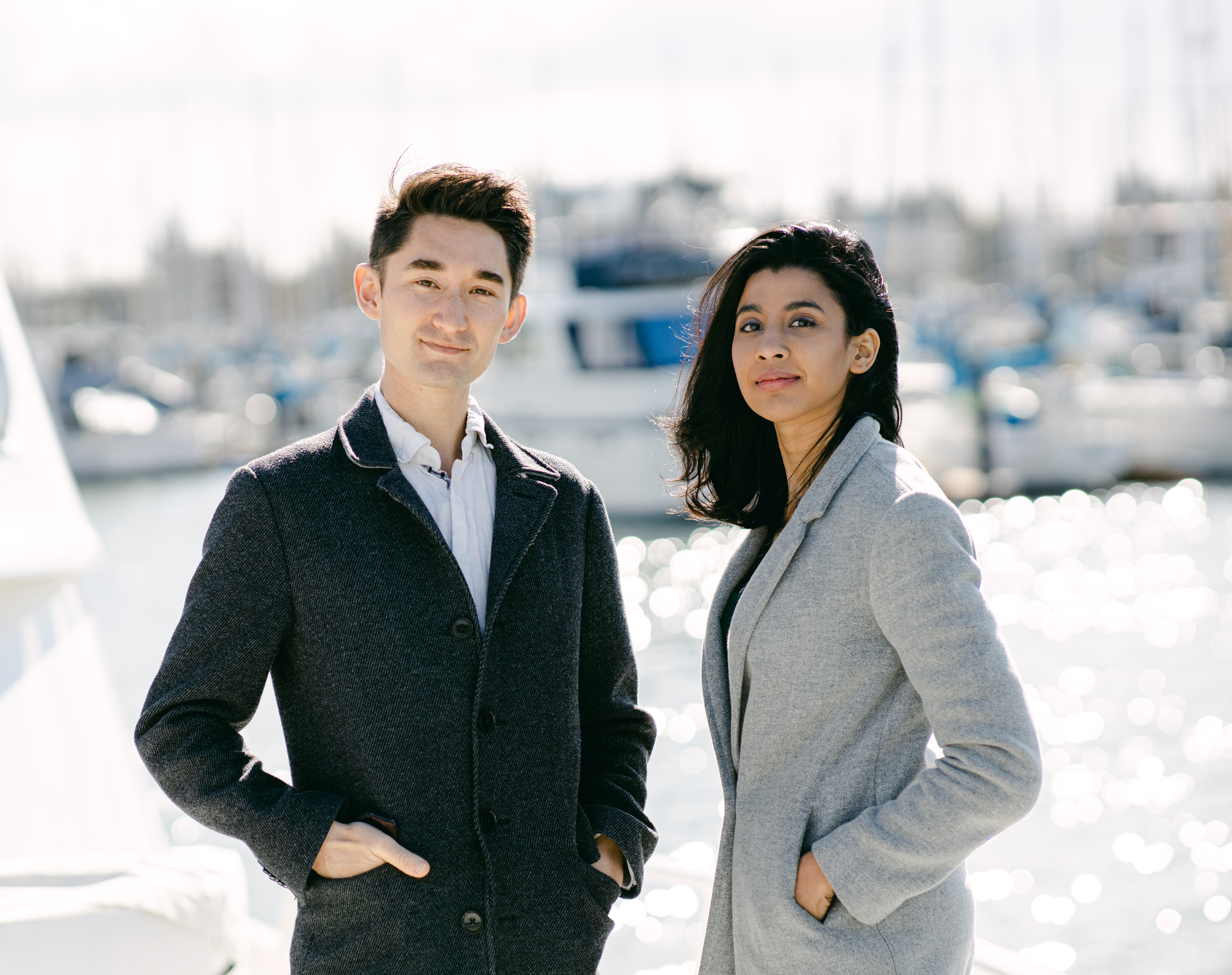 The other efficiencies are largely gained from using lightweight composite materials (which makes it easier to lift the boat out of the water when it is foiling along), and some very clever design features that further reduce drag and weight.

“We have an amazing team — a bunch of us are from MIT and our lead naval architect is Paul Bieker, who also was responsible for Larry Ellison’s winning boat in the America’s Cup,” says Bhattacharyya, explaining how they are working with the legendary ship-builder to design the N27. “Navier is much more than an electric upgrade. We are fundamentally rethinking the boat as we know it. Hydrofoils deliver a vastly superior ride quality that eliminates sea-sickness since you’re foiling over the waves.”

The company claims it opened for preorders for only about a month and a half, and sold out of its first 15 vessels pretty quickly. It says it has several hundred inquiries from interested parties who want to get their paws on one of the cool little boats. The eager customers have some waiting to do, however; the prototype is being built in a shipyard in Maine this year, and the first consumer vessels will roll off the production lines in 2023 some time. Navier plans to build the vessels in the U.S.

Navier partnered with boatbuilder Lyman-Morse to fulfill the first year of production for the Navier 27. The first two hulls of the model are currently under construction at the facility in Maine. The company plans to ramp up production to 400+ units by 2024, and prospective customers can sign up for a waitlist to reserve the 2024 boats via the Navier website.

Not to harp on about the French and their head-rolling antics, but the company is named after Claude-Louis Navier, one half of the duo that came up with the Navier-Stokes equation, a crucial piece of maths that makes it possible to make hydro-foiling boats.