To the family, he recalls, the business was more about making a living. It was about being an integral part of the surrounding community — from sponsoring Little League games to serving as ambassadors for the neighborhood.

So when, after two decades of being in business, his parents had to shutter the grocery store due to a doubling in rent by a new landlord, it was devastating — especially after the family had been current on rent throughout their tenancy.

“My parents created so much value for their neighborhood but didn’t get to keep their business,” Song recalls. “It felt like an illogical indecency.”

The experience left a lasting impression on Song. And it inspired him in 2019 to found withco, a startup aimed at helping small business owners “benefit from the value they create in their neighborhoods” by “simply and affordably” becoming commercial property owners.

Song wants to change that.

The company’s model is similar to that of Divvy Homes, which purchases homes on behalf of homebuyers and then gives them the ability to save some of their monthly rent toward a down payment. But of course, withco’s model applies to commercial properties.

“The only thing that separates most renters from becoming owners is actually a down payment,” Song said. “And believe that the lease and the mortgage doesn’t really serve small businesses well anymore.” 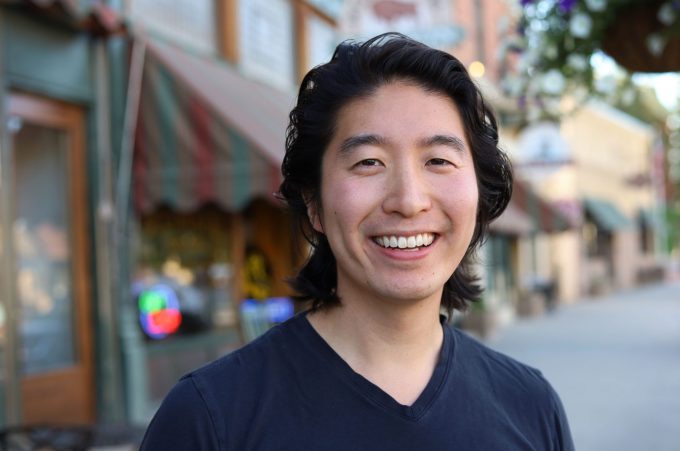 Founders Fund’s Keith Rabois said his firm invests in category-creating or category-defining companies and believes that withco “happens to be both.”

“He and his team have built a win-win business model that benefits not only small business owners, but also the commercial real estate and capital markets,” he wrote via email. “withco will create wealth for some of the country’s hardest working people and redefine what it means to be a small business owner.”

“Its technology platform is able to quickly identify qualified applicants, enabling the company to be a volume player in the massive, fragmented, long-tail commercial real estate market,” he added.

For Song, withco is also about putting more control in the hands of small business owners, which face more challenges than ever before.

“If you do well, a lot of that value is actually taken away, whether it’s through rent increases in the midterm or through an eventual sale of the asset in the long term,” he told TechCrunch. “And therefore, it creates this whole systemic issue where it’s become very, very challenging to actually operate a small business. With our product, we are empowering small business owners to become commercial real estate owners or investors for the first time.”

Song said that so far, withco has helped businesses numbering in the “double digits.” Its goal is to end this year having worked with 100 businesses.

The New York-based startup plans to use its capital toward hiring across its engineering, product, data science, sales and operations teams. It also plans to expand into new markets nationally and continue to build partnerships with brokerages and developers. Withco intends to secure more capital that will go toward the purchasing of more properties.

One customer, OJ Wilkins of country cooking business The Carriage House (pictured above), said the company approached him when the property he was leasing was up for sale. He said if withco had not bought the property and gave him a way to work toward owning it, “the building could have been very easily snatched up from underneath us.”

“We’re not a Burger King or a McDonald’s, we’re not a ‘big box concept,’ so a lot of times, we don’t get the same opportunities. Going through a conventional bank in the beginning was just not an option.” Wilkins added. “If we hadn’t been in touch with withco, there’s no way we would have been in a position to move on it ourselves.”

Reporter’s note added post-publication: It’s important to point that withco is still in its early stages and there may be businesses that intend to own the properties for which they are paying rent but in the long run, may not for one reason or another. In response to that possibility Song said: “We’re aligning incentives so the business owner has all of the incentives to purchase the property at the end of their lease term. They are getting the necessary down payment and converting from lease-to-own to a mortgage should save them money on a monthly basis. All the while, they’ve paid market rent, which is typically not more than they would have paid in rent otherwise. We want to work with business owners who want to own their properties and would consider someone not ending up purchasing their property an outlier situation.”

Also, what if a property’s value declines over the terms of the agreement between the business owner and withco? According to Song, it’s rare in the commercial real estate world for property values to decline, but either way, the price a business owner will pay for a property “is set from day 1.”

He added: “We both enter into our partnership with the understanding that it’s the purchase price we’re both working towards, regardless of market conditions. Price fluctuations in CRE are not as volatile as most other markets – think low single digit percentage points even in bad times. It’s a very stable asset class across markets and especially in non-urban core markets. The most critical factor for price is, are the lights on or off? Even in bad times, the incentives should still be aligned for our small business partner to want to convert.”