Scaler, an edtech startup that offers upskilling courses to working professionals in India, has raised $55 million in a new financing round as it looks to expand to international markets including the U.S., the Bengaluru-headquartered firm said Tuesday.

The Series B funding — led by Lightrock India — values the startup at $710 million, up from about $110 million two years ago, Scaler said. Existing investors Sequoia Capital India and Tiger Global also participated in the round, moving Scaler’s all-time raise to $76.5 million.

The funding comes just months after Scaler received a $400 million buyout offer from Indian edtech giant Unacademy, two sources familiar with the matter told me. Scaler declined to comment on the buyout talk, which has not been previously reported.

The startup began its journey as InterviewBit, an edtech offering that provides students with learning resources to crack interviews. “InterviewBit has millions of users and is loved by techies,” said Abhimanyu Saxena, co-founder of Scaler, in an interview with TechCrunch.

But just the content isn’t adequate to guide every individual to prepare for the new job, he said. “For people deprived of the high-learning ecosystem, it is very hard for them to make a massive learning delta by just consuming content,” he said. “At a grassroots level, the service was not helping people who were at a disadvantage.”

InterviewBit remains operational; in fact, it’s one of the most popular interview prep apps in India, but Scaler is the startup’s eponymous and marque offering today that is attempting to address the broader challenge.

The startup runs nine- to 11-month courses for cohorts of working professionals. During this period, Scaler teaches these individuals subjects that are designed to help them gain skills required to land jobs and pursue new opportunities.

The startup today offers courses such as data science and machine learning. These curriculums are designed in consultation with scores of major tech employers, including Amazon, Google, Microsoft, PayPal, Adobe, VMware and Uber, said Saxena, who previously worked at e-commerce upstart Fab.com as a software architect. (Anshuman Singh, Scaler’s other co-founder, helped Facebook build Messenger in his last stint.)

A course on Scaler typically runs to about $3,350, and individuals can either pay the fee upfront or in installments by taking a loan from one of the non-banking financial institutions with whom Scaler has tied up.

On Scaler, individuals watch three to four live lessons each week, work through assignments, and gain access to teaching assistants and mentors to clear their doubts and seek guidance. As part of Scaler’s offering, the startup also collaborates with companies to help its cohort members find and land better jobs. “Individuals are spending three hours or more on Scaler each day,” he said.

The ambition of Scaler is to help the “massive gap that exists between what college and other institutions are producing and what the tech industry demands,” he said. “People joining Scaler have already worked at firms in the past. We are providing them with hard skills that the Amazons and Googles of the world demand.”

Saxena said as companies begin to hire people globally, Scaler will help India shift the narrative from being a place that provides you with engineers that can be recruited at lower wages to a hub of globally competitive high-skilled talent. 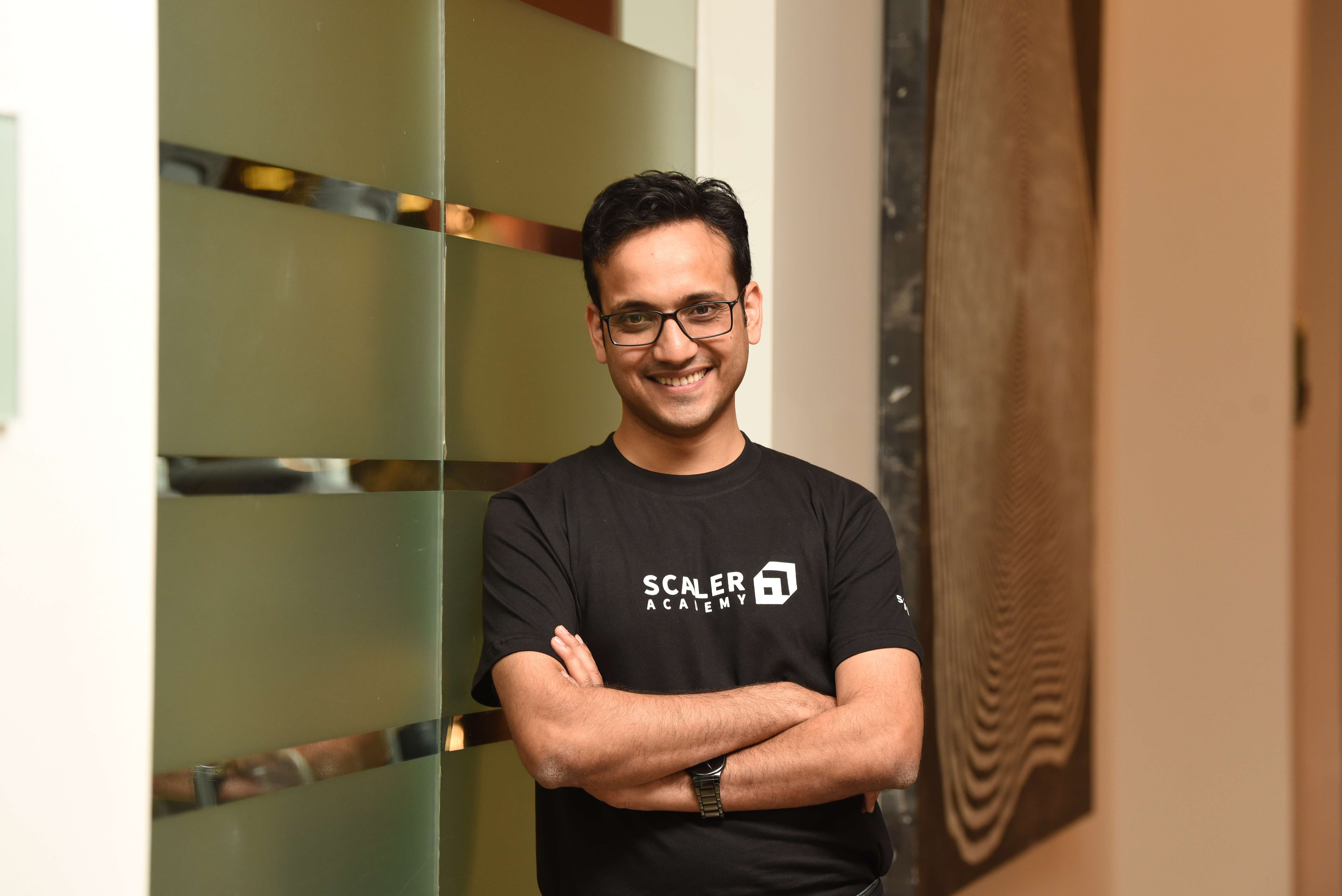 “The failure of legacy institutions in India’s higher education sector, particularly in the IT space, has opened up opportunities for avowed status-quo disruptors like Scaler to push a new kind of thinking that looks beyond cost arbitrage-based success,” he said.

India, home to over 250 million school-going students, produces about a million engineering graduates each year. Most of these individuals struggle to land jobs, let alone secure gigs that they dreamed of.

Scaler is building a learning community that is “accountable for outcomes and designed for the future of work,” said Divya Venkatavaraghavan, principal investor at Lightrock India, in a statement.

So far about 15,000 individuals have enrolled at Scaler and about 6,000 have finished the program. “Ninety-six percent of individuals who wanted to land a new job are now working at a tier 1 firm,” he said, adding that the startup is still collecting data for rest of the members and is working with one of the large auditing firms for it.

More than 300 individuals have landed a job at Amazon, he said.

The startup, which says it is operationally profit, plans to deploy the fresh funds to “experiment aggressively in new markets” in which it is expanding, he said, identifying the U.S. as one of those markets. Scaler is also looking to acquire new startups, especially in foreign markets to supercharge its expansion, he said.

“To us, the most distinctive part of [Scaler’s] strategy is that they are super focused on extremely high-quality computer science education, delivered with their own unique approach that makes their programs practical and useful in the work environment,” said Shailendra J. Singh, managing director of Sequoia Capital (India) Singapore, in a statement.

“This is resulting in outstanding student NPS and exceptional job placements for Scaler students. We couldn’t be more excited to journey together with them to impact the lives of so many high potential computer programmers.”