FLoC (Federated Learning of Cohorts), Google’s controversial project for replacing cookies for interest-based advertising by instead grouping users into groups of users with comparable interests, is dead. In its place, Google today announced a new proposal: Topics.

The idea here is that your browser will learn about your interests as you move around the web. It’ll keep data for the last three weeks of your browsing history and as of now, Google is restricting the number of topics to 300, with plans to extend this over time. Google notes that these topics will not include any sensitive categories like gender or race.

To figure out your interests, Google categorizes the sites you visit based on one of these 300 topics. For sites that it hasn’t categorized before, a lightweight machine learning algorithm in the browser will take over and provide an estimated topic based on the name of the domain. 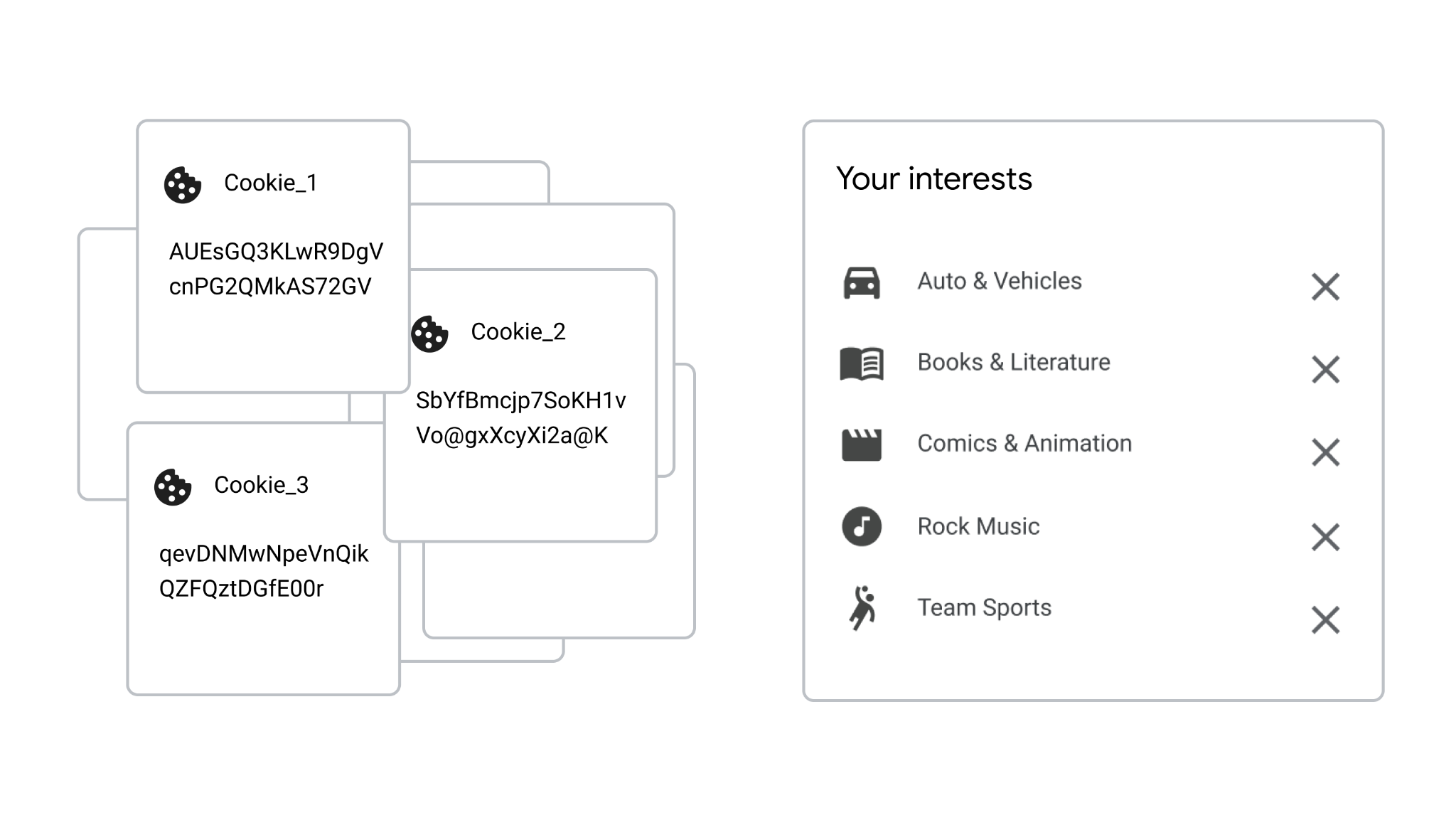 When you hit upon a site that supports the Topics API for ad purposes, the browser will share three topics you are interested in — one for each of the three last weeks — selected randomly from your top five topics of each week. The site can then share this with its advertising partners to decide which ads to show you. Ideally, this would make for a more private method of deciding which ad to show you — and Google notes that it also provides users with far greater control and transparency than what’s currently the standard. Users will be able to review and remove topics from their lists — and turn off the entire Topics API, too.

“The design of topics was informed by our learnings from the earlier FLoC trials,” Google’s Privacy Sandbox lead Ben Galbraith said in a press briefing ahead of today’s announcement. “And this resulted in a bunch of great feedback from the community, as I’m sure you know. As such, Topics replaces our FLoC proposal and I want to emphasize that this whole process of sharing a proposal, doing a trial, gathering feedback and then iterating on the designs — this is the whole open development process that we wanted for the Sandbox and really shows the process working as intended.”

Galbraith noted that Google has spoken to a number of parties to gather feedback for this new proposal, but today marks the start of the company’s process of collaborating with the ecosystem. It’ll remain to be seen if other browser vendors will be interested in adding the Topics API. Since they all quickly turned a cold shoulder to FLoC, I’m somewhat skeptical that they will want to adopt the Topics API, but it’ll be interesting to watch how the ecosystem reacts.

It’s also worth noting that, for advertisers, Topics is only one potential signal to decide which ad to show to a given user. In some ways, it just becomes another signal for them that can be augmented with data about the article a user is currently reading, for example, or other contextual data about the user.

The plan is to start trialing the Topics API at the end of this quarter, but to get the ball rolling, Google also today published a technical explainer that delves a bit deeper into the details of the proposal.