Alongside the dramatic growth in e-commerce, in part fueled by the pandemic, there’s also increased demand for services that can help merchants more easily participate online. A startup called Soona, now backed by an additional $35 million in Series B funding, has been tapping into this market with its platform that allows brands to create content for their e-commerce websites and marketing through “virtual” photo and video shoots. That is, instead of having merchants ship off their items for a remote photo shoot, then wait for the results, Soona’s technology allows the brands to participate in the photo shoot process, both remotely and in real time.

“We invite you to join your photo shoot in the browser. It’s not all that different than you and I joining a Zoom meeting,” explains Soona co-founder and CEO Liz Giorgi. “You click on the calendar invitation and your photo shoot appears in the browser where you can see every single photo and video clip as it’s captured in real time. Those assets are there for you to interact with, so the customers or the teams can give feedback on those assets to the photographer,” she says. 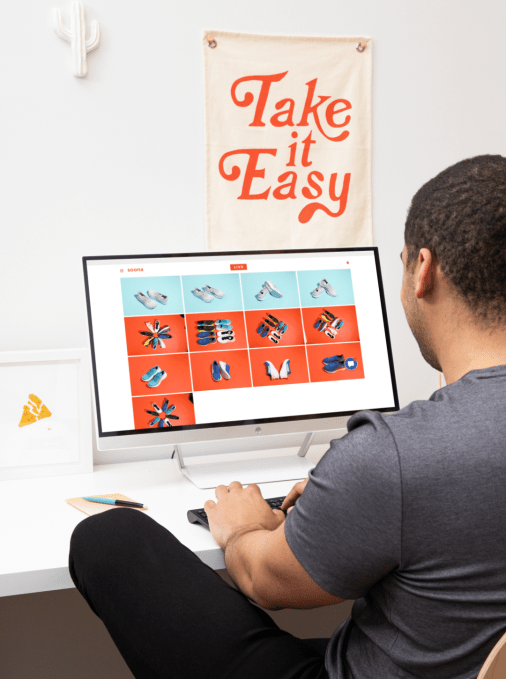 Soona’s customers can communicate to the photographer if they want to do things like change the composition, add or remove props from the scene or anything else they want to tweak about the photo shoot. What’s more, the merchants appreciate how they don’t have to pay upfront for the service. Instead, they’ll pay $39 per photo or $93 per video clip, and only have to purchase the assets they actually want. Once their selection is made, the photos and videos are delivered within 24 hours, ready to be uploaded to the merchants’ website or marketing channels. Merchants can also visit their past shoots at any time and order more content.

The business’s success has now led to a new infusion of capital, as Soona is announcing today it’s received $35 million in new funding led by Bain Capital Ventures. Prior investors Union Square Ventures, Matchstick Ventures, Starting Line Ventures, 2048 Ventures and Range Ventures also participated in the round, bringing the company’s total raise to date to $51 million.

Giorgi’s background is in professional media production. Before starting Soona, she ran her own internet video production company, Mighteor, after working in media and television production. She says the experience has given her a good eye for determining how to make content, and specifically, how to make content beautiful. Her co-founder, Hayley Anderson, meanwhile, has a background in animation and was a creative director at Mighteor, which was later acquired by creator network Standard. 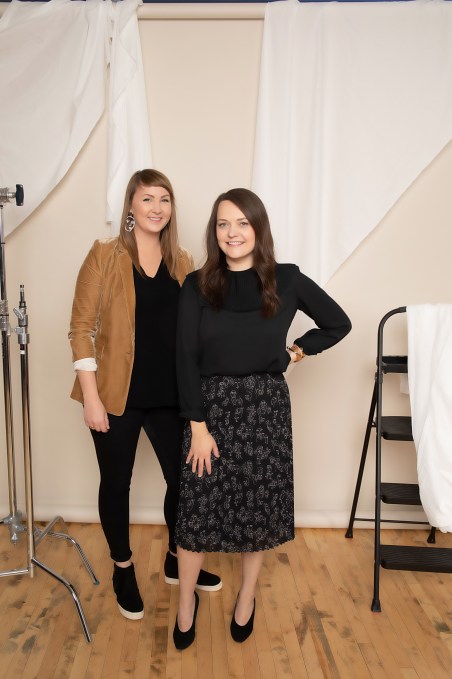 The duo founded Soona in 2019, launching their initial product the same year. In its earlier days, Soona worked by having customers come into actual studios for their photo and video shoots, while using software that offered quick uploads of the footage for the customers to shop from immediately. But the pandemic forced Soona to readjust and switch to a virtual model. As it turned out, embracing this model has helped the business grow not only during the height of the pandemic, when in-person activities shut down, but also in the months since as remote work became more of a business norm. Soona grew its revenue 400% from 2020 to 2021, then another 300% from 2021 to 2022. The company won’t share its annual revenue figures, however, citing its competitive advantage in keeping its business metrics private. (But, um. Ahem.)

Today, Soona has served around 10,000 merchants, including customers like Wild Earth, Lola Tampons, The Sill, SNOW, Birchbox and others, but not via a subscription model. Instead, it’s a transactional business — but one Giorgi believes has found the right product-market fit, as 63% of its revenue on a monthly basis last year came from repeat customers. Around 60% of its customers are $1 million to $5 million e-commerce stores, many of which are building on Shopify. The company is strong in cosmetics, beauty, wellness, fashion and footwear, and is now growing more in consumer packaged goods and nutrition products.

“While we may not have a recurring business model, there is a high level of reoccurrence to how often brands need these assets. And so by making it possible for them to choose when and how they’re going to spend money and make investments in these visual assets, we’ve made it really easy for them to continue to work with Soona,” notes Giorgi. “But we’re not taking subscriptions off the table,” she adds.

Today, there are other businesses that allow merchants to ship in products for remote photo shoots, like Pow Photography, but they don’t offer Soona’s real-time experience. And some rivals primarily focus on “product-on-white” photography — product images on white backgrounds for traditional e-commerce sites — as opposed to the richer content created by pairing products with models in photos shot in living rooms or kitchen sets, for example. Meanwhile, other competitors work to connect merchants with photographers directly in more of a marketplace-style offering.

Soona’s proprietary technology, however, offers the customers everything they need to plan their photo shoot online, including access to models — both human and pet! — and stylists. Models work on a contract basis, similar to other gig economy jobs. But Soona’s photographers can either take on the jobs as gigs or transition to full-time employees. Today, there are around 35 full-time photographers on staff, and roughly 100 on contract.

With the additional funding, Soona is looking to grow its marketplace of model services, which is now one of the quickest-growing segments of its business — 20% of the total business in 2021, in fact. Soona plans to triple the size of this platform in 2022 to bring on more types of diverse talent and new ways of showing off products for its merchant customers. It will also invest in technology that will help make more recommendations to brands about what type of photo shoots to create by asking for select business data and the merchant’s goals. Already, Soona has launched Amazon and Instagram-recommended shoots, and is planning to launch something similar for TikTok.

The company also plans to expand its API platform, to grow its set of integrations beyond Shopify, which today accounts for 55% of its customer base. Going forward, Soona aims to integrate with other pieces of the e-commerce technology stack, like Klayvio or BigCommerce, for example.

The company, which has hubs in Denver, Austin and the Twin Cities, will also triple its engineering team by adding engineers outside the current team in Minneapolis. It will grow its product team as well.

Giorgi declined to speak to Soona’s current valuation, but believes Soona is “on the path” toward becoming the next female-founded unicorn. “We’re going to get there very soon,” she promised.