Sexual health isn’t the taboo it once was, but that doesn’t mean everything is all roses and unicorns in the land of STI testing. TBD Health is taking a fresh new approach with at-home testing made available for vagina-havers. The company has been offering a five-panel “check yourself out” kit for at-home testing, and recently opened an in-person clinic in Las Vegas. I spoke to the two co-founders to find out why there’s a need for at-home sexual health services.

The Centers for Disease Control and Prevention shows that STI rates in the United States have continued to climb over the last several years, reaching a sixth consecutive all-time high per data reported in 2021. One in five people in the U.S. has an STI, half of them among young people aged 15-24, costing $16 billion in direct medical costs. Suffice to say, TBD is going after a market that ought to be shrinking, but isn’t.

“We realized that access to screening is key, and people have less access today than they did before. This is in part because of COVID — people don’t want to go to the doctor’s office — and a lack of federal funding has made it trickier. We built this company to provide empowering STI screening that really works in people’s routines, starting with our at-home kit. We took a very different approach to how most other medical companies do, so it doesn’t feel clinical or high-stakes,” shares Stephanie Estey, co-founder at TBD Health. “We really wanted to make a screening feel as though it was on your terms. We launched a pilot earlier this year in six states.”

TBD Health’s at-home testing services are available in Washington, Arizona, Nevada, Massachusetts, Florida and Connecticut — and the company is planning to roll out to more states, but there are regulatory challenges on the path to full 50-state coverage.

“If someone tests positive, we can provide treatment for almost everything. Our clinician will set up a time to talk you through your personalized care plan — it’s not an anonymous ‘here’s a generic care plan you need to follow to go figure it out with your provider’. For the most part, the vast majority of infections, the ones that require antibiotics, for instance, is something that we can get you that prescription to make sure that you have treatment,” explains Estey. Of course, the clinician requirement means that the team needs a home base in every state in which they operate. “We do have a medical team in each state, so you have a clinician reviewing all the results, signing off on the lab request and then processing results or doing the prescribing. Right now it’s, we’re in six states, but we are expanding quickly in 2022.”

The company suggests that they can test for all the same STIs that your usual doctor could test for, but relies on a self-collection protocol. There’s a self-collect vaginal swab, a urine sample and a blood sample. The latter, in particular, piqued my interest, as my mind went to venipuncture draws — but it turns out that it’s possible to do a finger-prick test, let some blood fall on a collection card, which then can be used by the team to run the assays and determine if treatment is required.

“We use what’s known as a dried blood spot card. It’s basically a piece of paper that has a few circles that you saturate with your blood using a finger prick lancet — similar to what diabetics do on a daily basis to test themselves. Through this card, we can test you for all major blood-based STIs, including HIV, syphilis. It’s actually kind of an incredible tool; I think it was developed for testing babies in hospitals because it’s hard to do draws on a baby,” explains Daphney Chen, co-founder at TBD Health. “It lends itself really well to at-home testing because it stays stable throughout transport.” 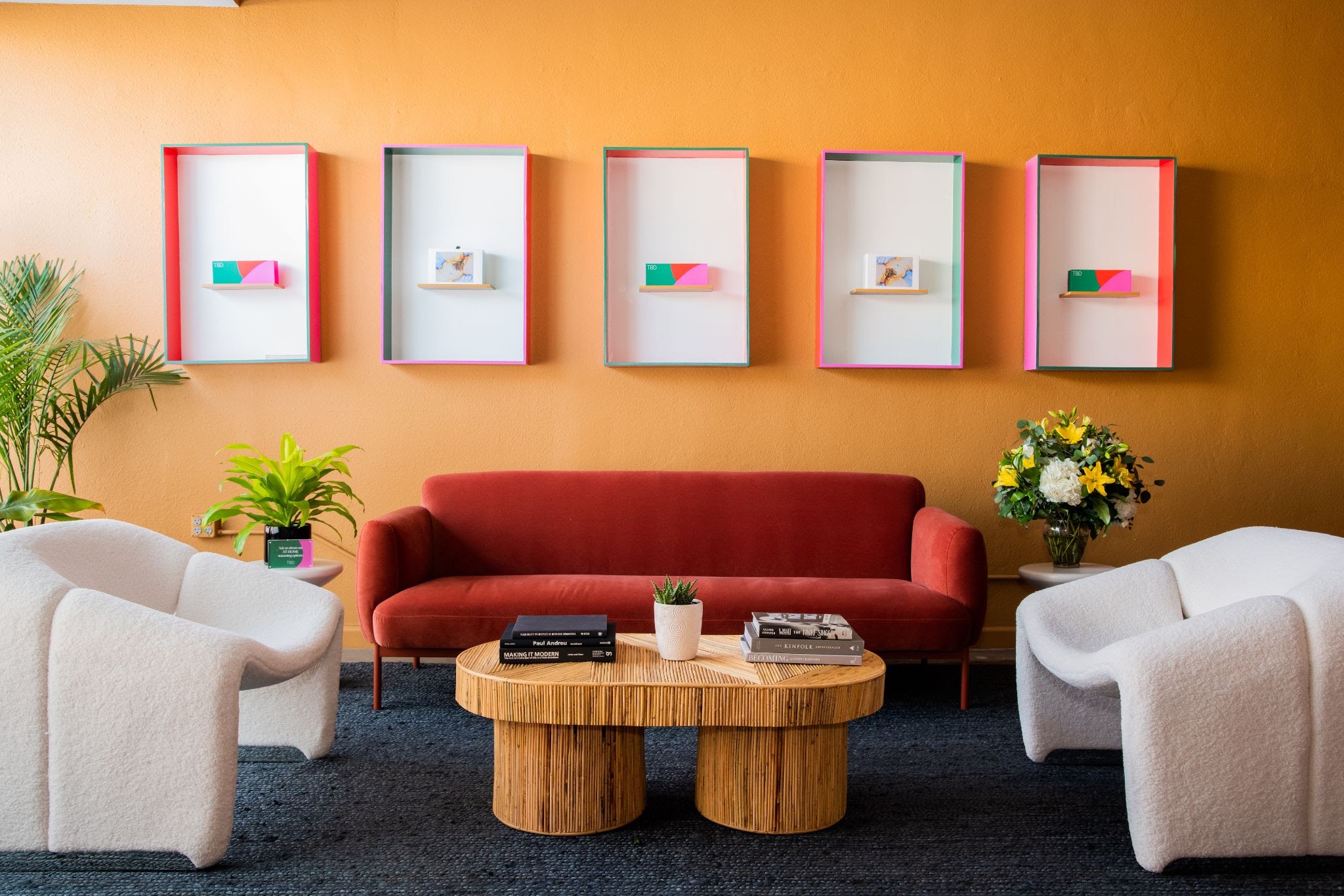 The in-person clicic TBD Health opened in Las Vegas, with its at-home testing boxes on the wall in the background. Image Credits: TBD Health

The company claims it retains the accuracy of more traditional STI testing protocols.

“In lab testing there are two main metrics for accuracy, and that’s sensitivity and specificity, and so we did a lot of vetting of a lot of labs. Our lab partners have comparable sensitivity and specificity, and that means it’s just as accurate. And you can do it from the privacy of your own home,” says Estey. “You’re supported through telemedicine with our clinical care team.”

In order to have in-person care, too, TBD opened a care hub in Las Vegas, with the goal of creating an environment where the company can get a deeper view of the needs of its customers, with the hope of translating the learnings to better service for the other side of the business.

For now, the team is focusing on vagina-havers. The team tells me this is mostly because they carry not just the burden of STIs, but there’s also a fertility angle to consider. In order to give the best possible service, they’ve chosen to focus their attention.

“We’re really focused on serving women and vagina owners right now. I don’t think we’re ready to say where serving penis-owners falls on our roadmap. Penis-owners are absolutely a contributor in terms of transmissions. But for women, the burden is not just in terms of cost and stigma, but also fertility in many cases. STIs are actually the number one preventable cause of infertility in the U.S.,” Chen points out.

“When we think about expanding what our focus is, we want to make sure that we are serving those people correctly. There have been so many examples of companies that get it wrong. The equivalence would be to make something for women by turning it pink — it doesn’t work like that,” says Estey, “I think TBD is really excited to be going deep because we know vagina owners so well and we know how to best serve them. When we think about offering something to penis owners, we want to make sure that we are being as thoughtful and as deep, so we are doing justice just as we have done that for people with vaginas.”