A competition legal expert, backed by a powerful litigation fund, is set to mount a multibillion-dollar class action suit against Facebook/Meta for breach of competition law on the basis that it abused its dominance of social networking in the U.K. for several years. If successful, the action would see Facebook having to pay $3.1 billion (£2.3 billion) in damages to Facebook U.K. users.

The class action lawsuit was lodged against Meta, Facebook’s parent company, yesterday with the U.K.’s Competition Appeal Tribunal in London.

The unusual approach claims Facebook should pay its 44 million U.K. users compensation for the exploitation of their data between 2015 and 2019. Effectively, it’s saying Facebook took all the personal and private data of its users — who, due to Facebook’s dominance, had no other viable social platform — and in return all its users got, in effect, was the ability to post pictures of babies and kittens to their friends and families. 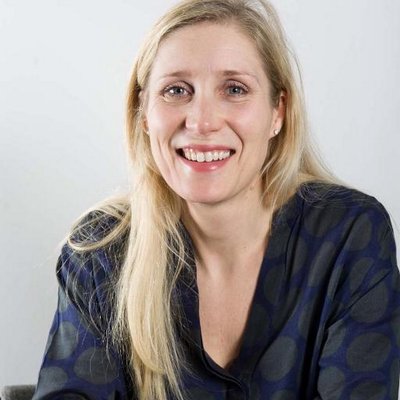 The action is being mounted by international competition law expert Dr Liza Lovdahl Gormsen (pictured here) who has made submissions before the U.K.’s Parliament regarding Facebook’s market dominance, as well as written academic legal papers about it.

The “price” set for granting access to the social network was the surrender of U.K. users’ highly valuable personal data, who in return simply got “free” access to Facebook’s social networking platform, no financial compensation, all while Facebook generated billions in revenues.

Key to the case’s argument is that Facebook “surrounded” its U.K. users not just by locking them and their data into its platform, but also by tracking them via the Facebook pixel, on other websites, thus generating deep “social graph” data about its users.

Germain to Dr Lovdahl Gormsen’s argument is that user profiles resurfaced time and again in controversies, such as during the Cambridge Analytica scandal, further illustrating their market exploitation.

Dr Lovdahl Gormsen’s lawyers, Quinn Emanuel Urquhart & Sullivan, LLP, have written to Meta to notify them of the claim. Dr Lovdahl Gormsen will represent the class of people affected — that is, all people domiciled in the U.K. who used Facebook at least once during 1 October 2015 – 31 December 2019.

The “opt-out” class action is the first of its kind against Meta in England and Wales. As an opt-out case, Facebook’s 4 million U.K. users will not need to actively join the case to seek damages, but will be part of the claim unless they decide to opt-out from it.

Financial backing for the case is coming from Innsworth, one of the largest litigation funders in the world. Quinn Emanuel and Innsworth have previous history in bringing consumer class action claims of this kind.

The wider context to this is that Meta is also facing a consumer class action in the U.S., regulatory action around the world and an antitrust suit from the FTC in the U.S. that could break it up from the Instagram and WhatsApp platforms.

In a statement, Dr Lovdahl Gormsen said: “In the 17 years since it was created, Facebook became the sole social network in the UK where you could be sure to connect with friends and family in one place. Yet, there was a dark side to Facebook; it abused its market dominance to impose unfair terms and conditions on ordinary Britons giving it the power to exploit their personal data. I’m launching this case to secure billions of pounds of damages for the 44 million Britons who had their data exploited by Facebook.”

Speaking to me over a call, I asked Dr Lovdahl Gormsen if Facebook could argue that there were other social networks available, such as Twitter or Myspace?

“I don’t think people can connect to their family and friends in the same way on Twitter, and Snapchat and all these other places. Facebook is quite unique in the way they’re doing it,” she said.

The action is also based on the ubiquity of the Facebook pixel on other websites. What is the significance of that to the case, I asked?

“Imagine yourself as a Facebook user,” said Dr Lovdahl Gormsen. “You may be aware that your data will be used by Facebook.com. But what the pixels are doing is when you use a third-party website, that of course has nothing to do with Facebook. That means Facebook has created many, many, many more data points on you that you actually knew you’d signed up to.”

She argues that although it’s possible for a user to remove themselves from Facebook’s platform, deep down in the Settings, in practice the vast majority of users have no idea how to do this or even know it’s possible.

Dr Lovdahl Gormsen is a Senior Research Fellow at the British Institute of International and Comparative Law (BIICL), the director of the Competition Law Forum, a Non-Governmental Advisor to the International Competition Network and sits on the advisory board of the Journal of Antitrust Enforcement (OUP).

TechCrunch reached out to Facebook asking for comment but had received no reply at the time of publication.