Starting an e-commerce business on one of the large marketplaces, for example, Shopify, can be an easy process, but what the team at Swell began to notice was that the model could only take a business so far.

Swell is working in “headless” commerce, which means it is disconnecting the front end of a website, aka the storefront, from the back end, where all of the data lives, to create a better shopping experience and so that anything on the back end can be updated and maintained without disturbing the front end.

The remote-first company offers APIs, storefronts and a dashboard, all tools that can grow with any sized company. The first version of Swell was a pure API for developers, but it wasn’t enabling businesses to get up-and-running quickly, so businesses were turning to marketplaces like Shopify, CEO Eric Ingram told TechCrunch.

“The key is getting started quickly, which Shopify is awesome at, but you realize you are stuck when you try to do more than the basic model,” Ingram said. “We needed to build something that was as easy as Shopify, but enabled you to grow. Most people can’t afford to build their own back end, so we also wanted to provide something people could do without spending millions of dollars.”

Swell was an idea Ingram had about a decade ago that stemmed from his experience at e-commerce company Digital River and then building a few of his own businesses, including a clothing company. He and his team got things off the ground in 2021, raising $3.4 million in a seed round.

The opportunity for additional funding was somewhat unexpected, according to Ingram, but he feels like Swell’s focus on small and mid-market companies, while building an ecosystem and community, separates it from competitors like Commercetools and Fabric that are targeting larger companies. 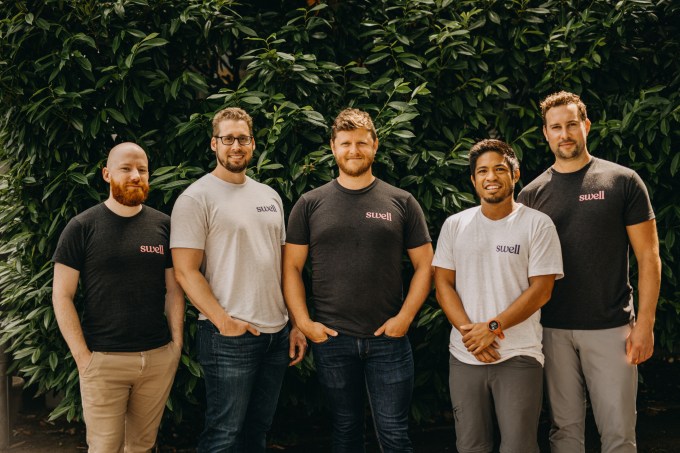 “To solve the problem, it has to be something accessible to everyone rather than just big companies with big budgets,” Ingram added. “Some of the platforms are only good at one thing, but there are hundreds of other models out there.”

In the past year, Swell grew five times in revenue and grew its customer base to over 1,000 at the end of 2021 after starting the year with 30 customers. It also created a free community plan, where customers begin paying when they start selling, to go with the standard and enterprise options.

Ingram expects to use the new funding to grow Swell’s team of 30 to 100 in the next 12 months and in product development, including building an app ecosystem. Plans include building out a framework for third parties to build the apps and also for customers to be able to own their own data on the back end and do more with it, something that is difficult for businesses building on marketplaces to do, he said.

“A core feature will be a configurable database that could adapt to new use cases,” he added. “The market is moving fast with integrations and building apps and the community will require 10 times more people to get to the next level.”