Despite the recent boom of consumer-focused education learning platforms in India, the vast majority of students in the South Asian nation remain unserved. The existing B2C offerings are expensive for most of the students and are heavily skewed towards those in high school preparing for competitive exams.

LEAD School, a nine-year-old startup, is addressing this disconnect by leveraging an infrastructure that already has a wide reach in the nation: schools. And the model is working.

LEAD School, founded by couple Sumeet Mehta and Smita Deorah (pictured below), works with thousands of K-12 schools where it has integrated its platform that helps them secure books and other resources from vendors, thereby cutting middlemen and bringing quality assurance. Most of the schools serve low-income families, and LEAD estimates it will have over 5,000 schools in April when the new session starts. 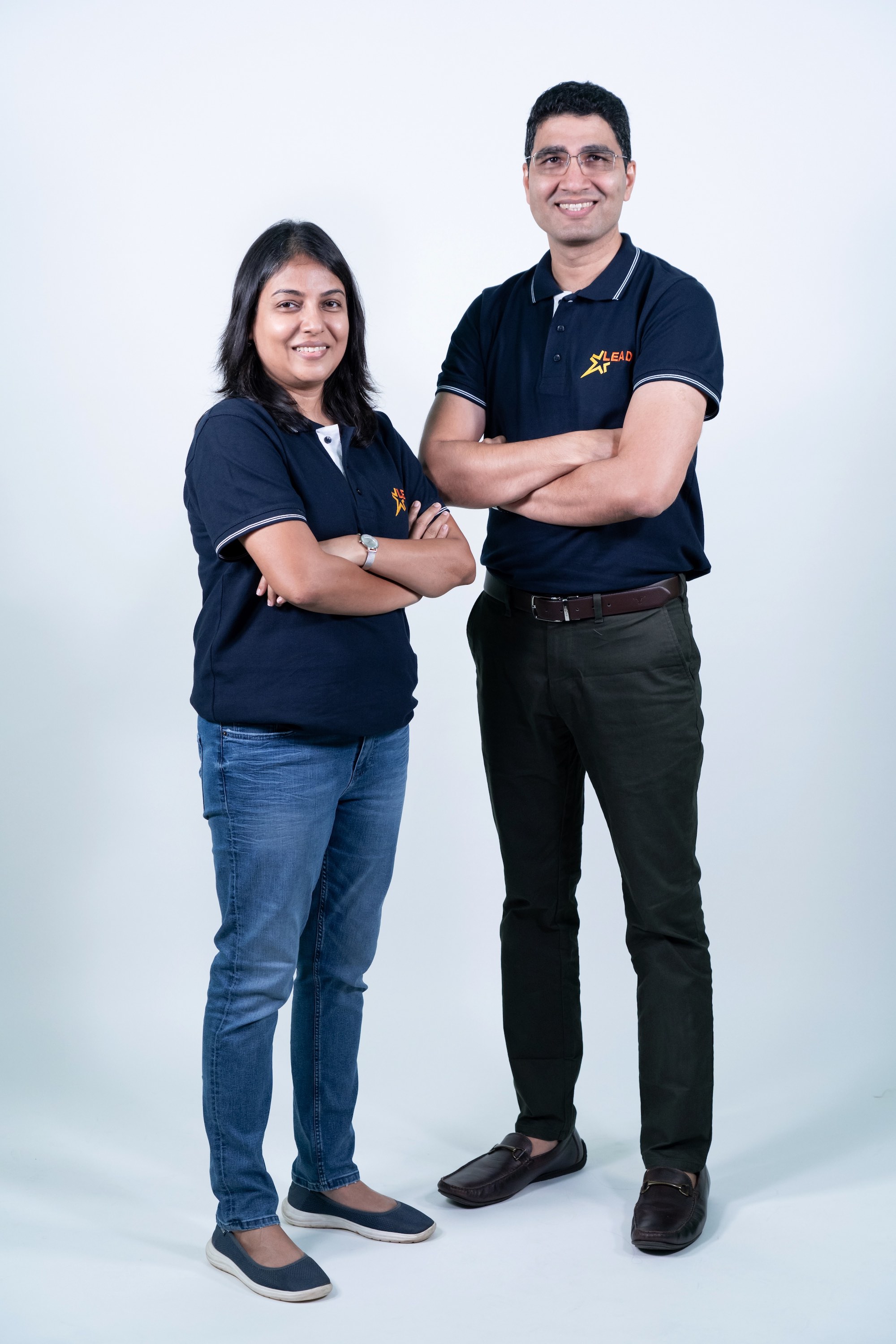 But more importantly, and why the couple started LEAD School in the first place, the startup helps teachers design the curriculum and find ways to better convey the concepts to students and evaluate the learning outcome.

The startup works closely with students to understand the areas where they need improvements. LEAD School has found that the biggest challenge most students face is in understanding English, a factor that also impacts how they grasp most other subjects.

Focusing on clearing the fundamentals with priority has helped students in LEAD School-powered institutions score over 70% in mastery on all subjects, said Deorah in an interview with TechCrunch.

“If India has to achieve its true potential, its schools have to significantly transform so that every child can achieve their true potential. But in K-12, everyone has been talking about edtech that is direct-to-student by circumventing schools. And everyone focuses on test prep and tuitions. Because people have accepted that schools cannot be improved. But we thought differently. A child spends six hours in school and one hour in tuition. If we can transform schools, imagine what is possible?! That’s why we focused on school edtech,” she said.

“Typically for a school that partners with LEAD, this uplifts the students’ learning outcome by 20 to 25%,” she said, adding that the startup expects to serve 2 million students in April. “The thing that makes us proud is the students’ outcome. This has what has helped us reach the scale where we are today.”

The pandemic, which has prompted New Delhi and state governments to shut down the schools several times, has created an additional barrier for students. Most of these students are from families that don’t have multiple smartphones or other devices at home.

To tackle this, LEAD School has worked with teachers to offer live as well as asynchronous virtual classes so that students can watch the lessons and complete the homework with more flexibility, she said.

“Here we are talking about households where kids don’t have personal devices. Among the children we serve, hardly five to 10 percent of their parents have purchased a tablet for them,” she said. “Synchronous learning is not possible in this ecosystem.”

“LEAD’s quality of education is already revolutionising the way in which Indian students are taught at scale,” said Rohan Malhotra, Managing Partner at Good Capital, a venture firm that is one of the earliest backers of the startup.

“We are extremely proud of LEAD’s success as the largest School EdTech provider in India. LEAD’s growth last year, despite COVID disruptions, underlines its consumer first approach and deep focus on learning outcomes. We are excited to double down our investment in LEAD, to support in its mission of transforming the education sector in India and touching lives of millions of students,” said Sandeep Singhal, Managing Director at WestBridge Capital, in a statement.

LEAD School expects to achieve an annual revenue run-rate of $80 million in the new academic year. The startup plans to deploy the fresh funds to innovate on product and curriculum. It aims to reach 25 million students and scale its ARR to $1 billion.

With over 250 million school-going students, India is home to one of the world’s largest education markets. Indian parents spend heavily on their kids’ education as they see it as a key to economic progress and a better life.

Scores of firms including edtech giants Byju’s, Unacademy, and Vedantu as well as American giants such as Amazon, Facebook, and Google are attempting to reach the students in the country.

“[LEAD School] acts as the Intel inside for affordable schools and guarantees 70%+ mastery in all subjects and all grades for low/middle income students and exceeds the guarantee,” said Deborah Quazzo, Managing Partner at GSV Ventures, in a statement.

“We, at GSV, believe that the mastery guarantee is a revolutionary offering in K12 education space and has the potential to be societally transformational for students. With this strong and unique value proposition and exceptional management team, LEAD is well on its path to become world’s largest and most impactful school edtech company,” she said.