Consumer spending on mobile apps reached $170 billion in 2021, according to App Annie’s newly released “State of Mobile 2022″ report, out today, which offers a comprehensive look at the app economy across iOS, Google Play and third-party Android app stores in China. That figure is up 19% year-over-year, which is down just one percentage point from the growth rate the firm reported in its prior annual report. Growth in app downloads, however, dipped a bit more. Though today’s consumers are installing more apps than ever — 230 billion were downloaded in 2021, setting another record — the growth rate itself is slowing.

Download growth today is being driven largely by emerging markets like India, as well as Pakistan, Peru, the Philippines, Vietnam, Indonesia and Egypt. 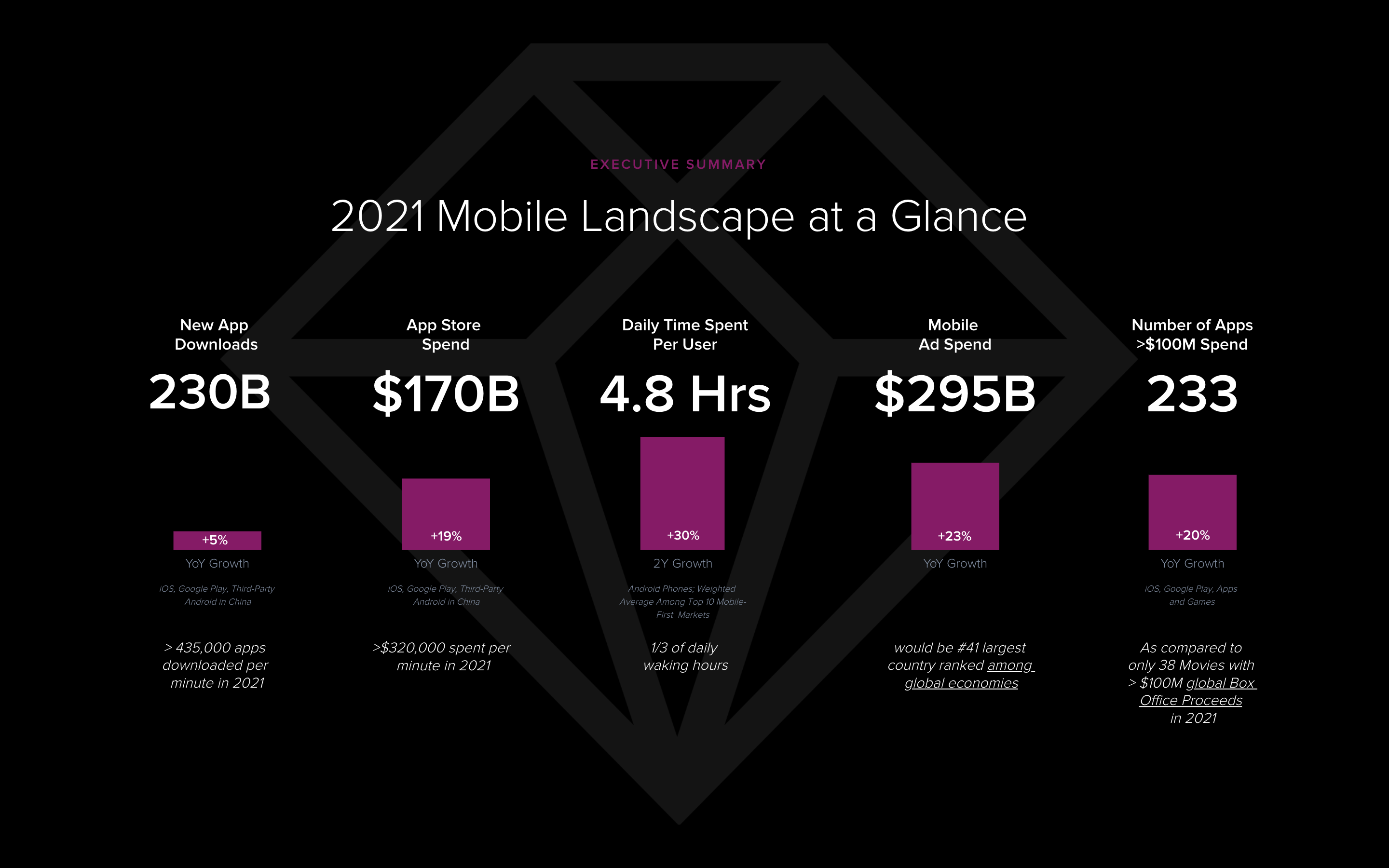 What’s also clear is that consumers are spending more time in apps — even topping the time they spend watching TV in some cases.

The report noted the average American watches 3.1 hours of TV per day, for example, but over the course of the past year, they spent 4.1 hours on their mobile device. And they’re not even the world’s heaviest mobile users. In markets like Brazil, Indonesia and South Korea, users surpassed 5 hours per day in mobile apps in 2021.

Across the top 10 markets analyzed in the study, the average time spent in apps topped 4 hours, 48 minutes in 2021 — up 30% from 2019. This included the averages from Brazil, Indonesia, South Korea, Mexico, India, Japan, Turkey, Singapore, Canada, the U.S., Russia, the U.K., Australia, Argentina, France, Germany and China combined. 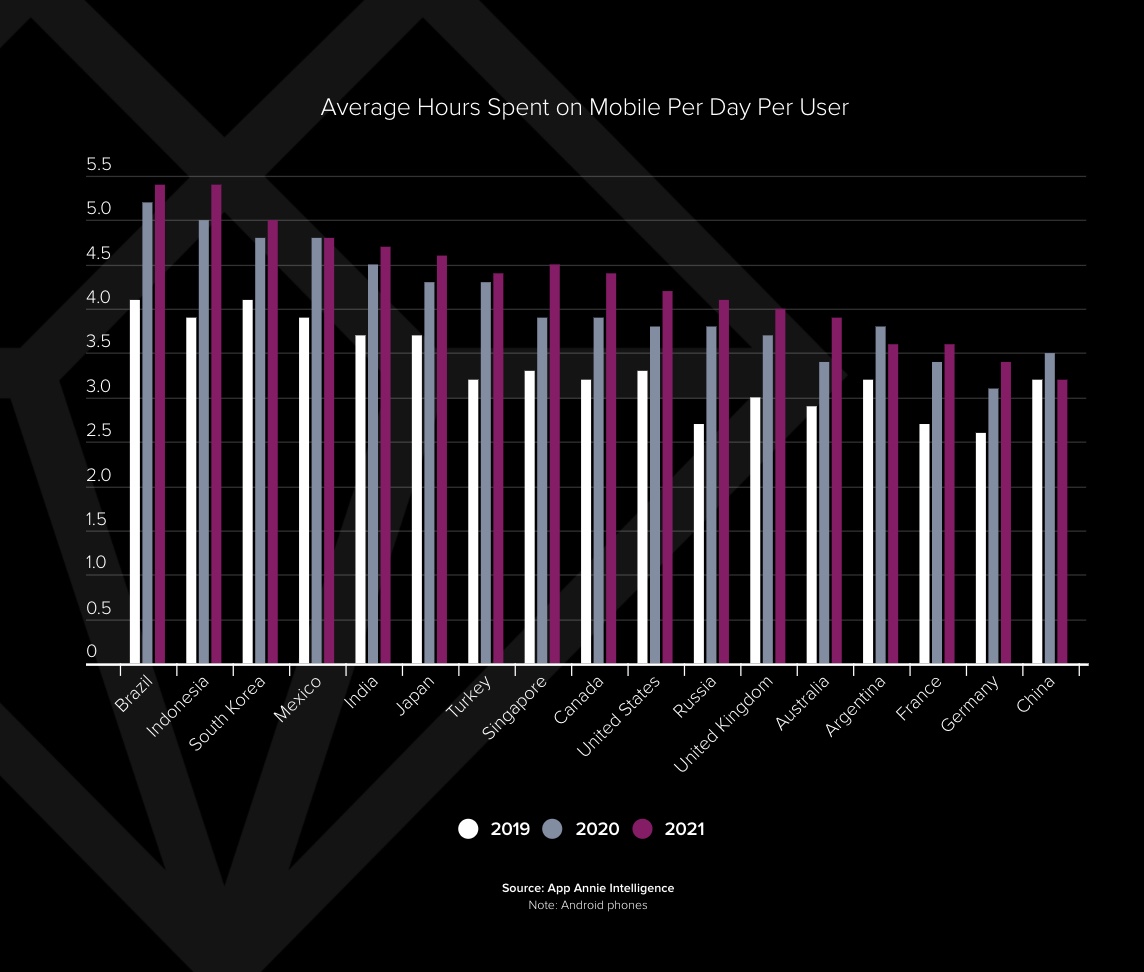 Much of this time was spent in social, photo and video apps, which accounted for 7 out of every 10 minutes spent on mobile in the past year. These categories, plus entertainment apps, also appeal to Gen Z users, particularly in the U.S. 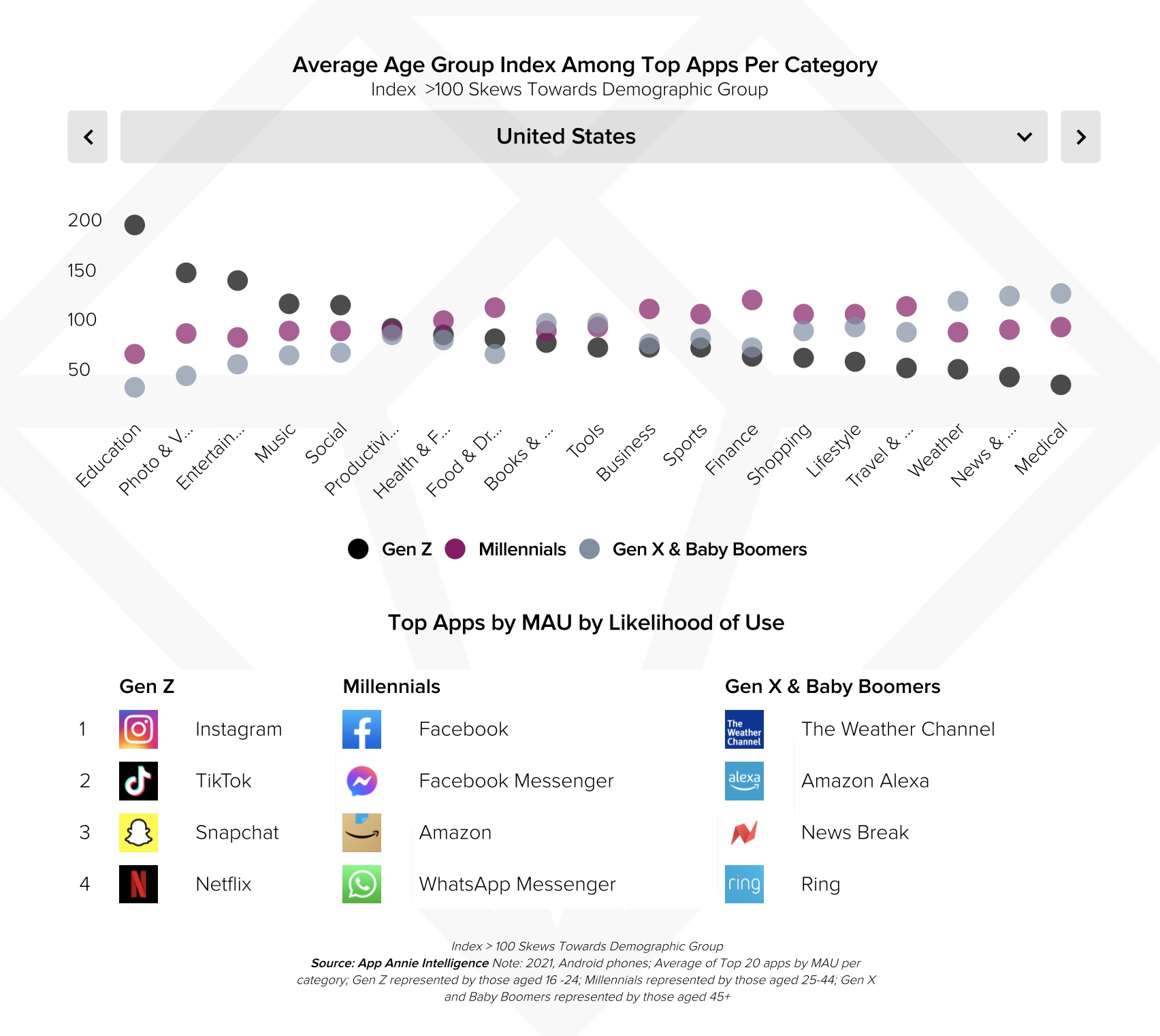 This increased time spent in apps has had a direct impact on consumer spending. In the U.S., the COVID-19 pandemic’s lingering effects have forced users to shop, work, learn, game and entertain themselves from home over the past year. This led to “phenomenal” growth in consumer spending, App Annie said, as the market added $43 billion in 2021, or $10.4 billion more than 2020, equating to 30% year-over-year growth — higher than the global average. 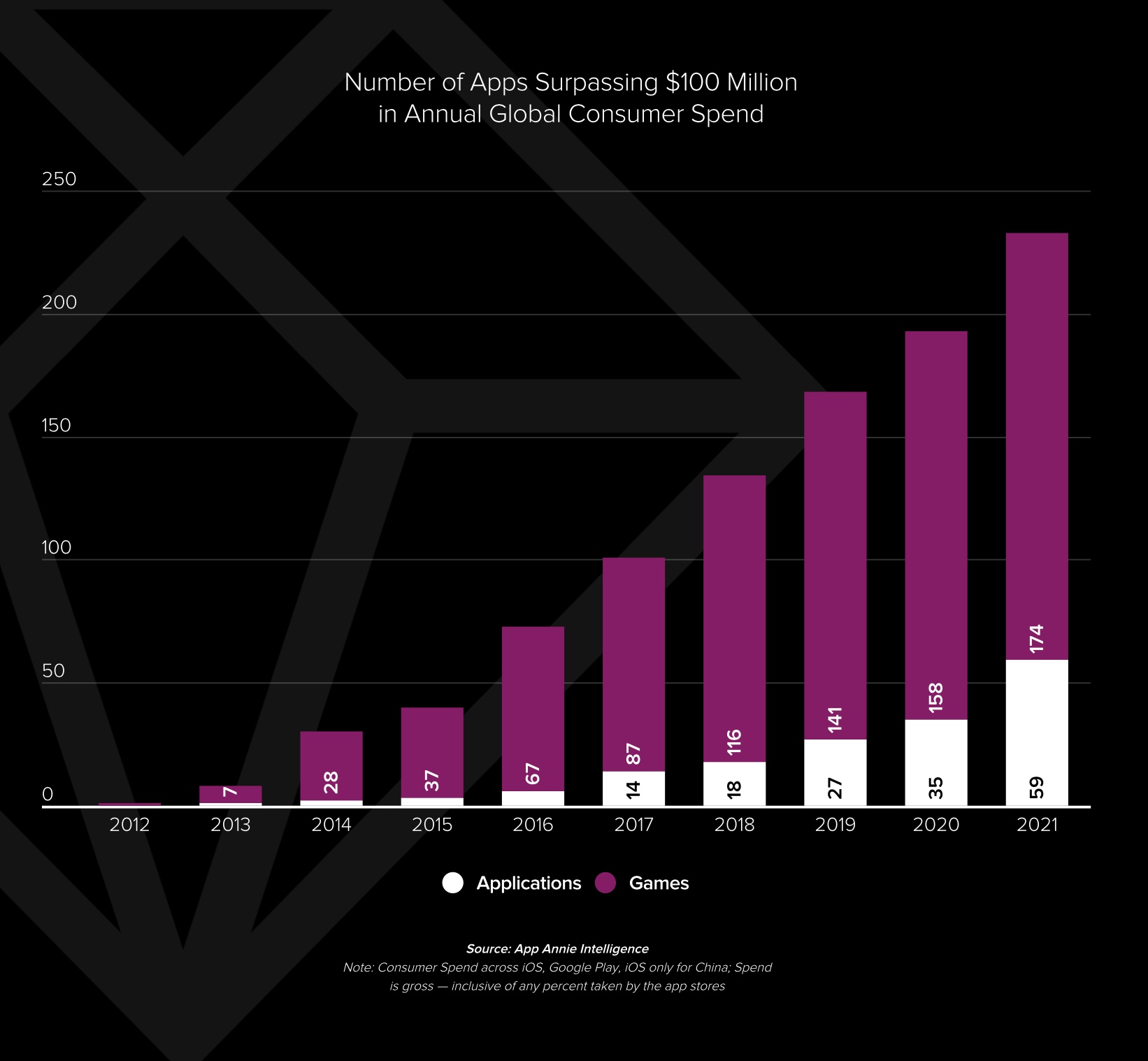 Outside the consumer spending that included paid apps, subscriptions and in-app purchases, the broader mobile app market topped $295 billion in 2021, up 23% year-over-year, despite fears from marketers over Apple’s privacy changes and IDFA crackdown. In 2022, the market is expected to grow to $350 billion, aided by big events including the Beijing Olympics and the U.S. mid-terms. 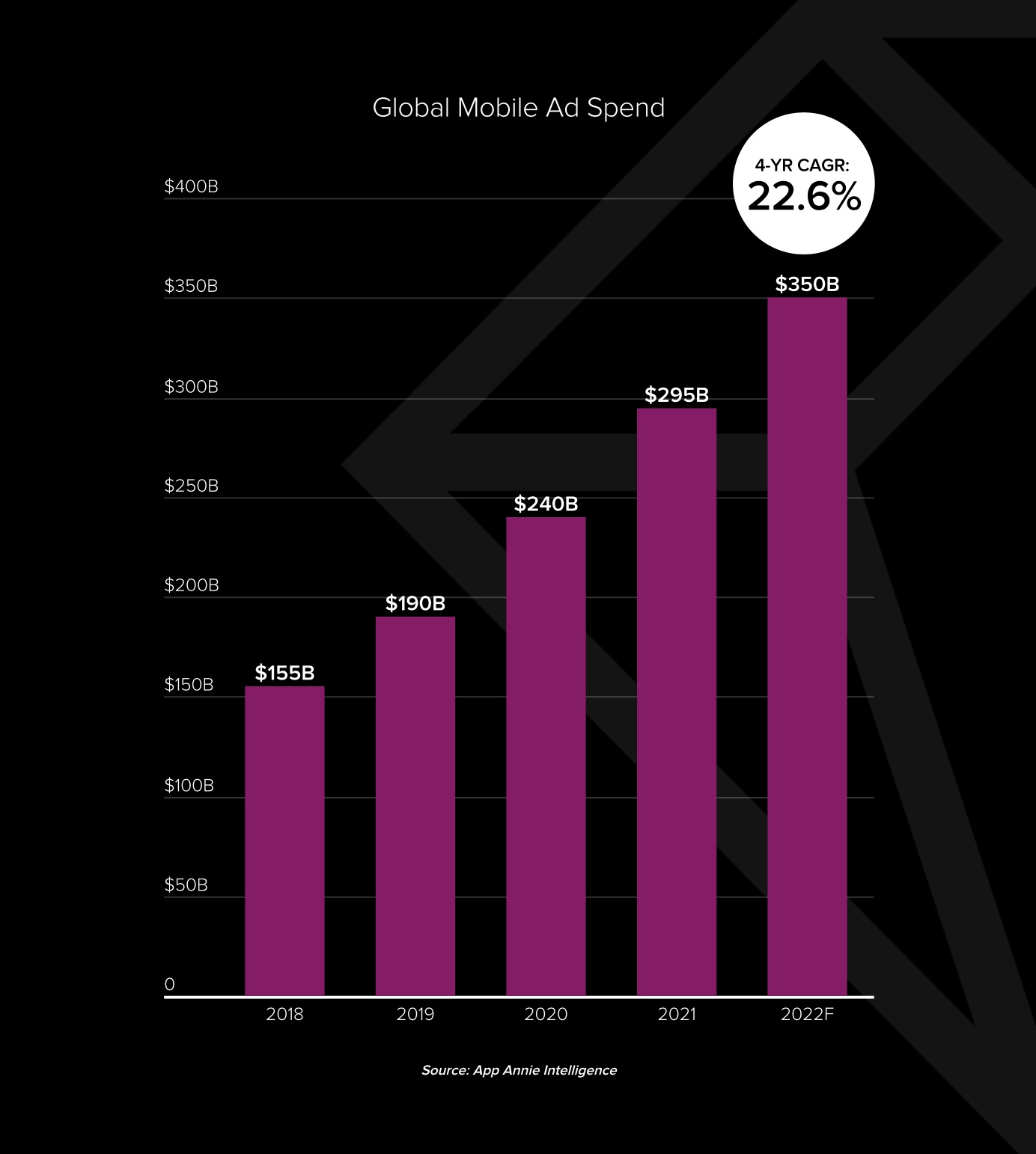 Google Play also accounted for 77% of all the new releases last year, while games made up 15% of all releases across both stores, the report noted. 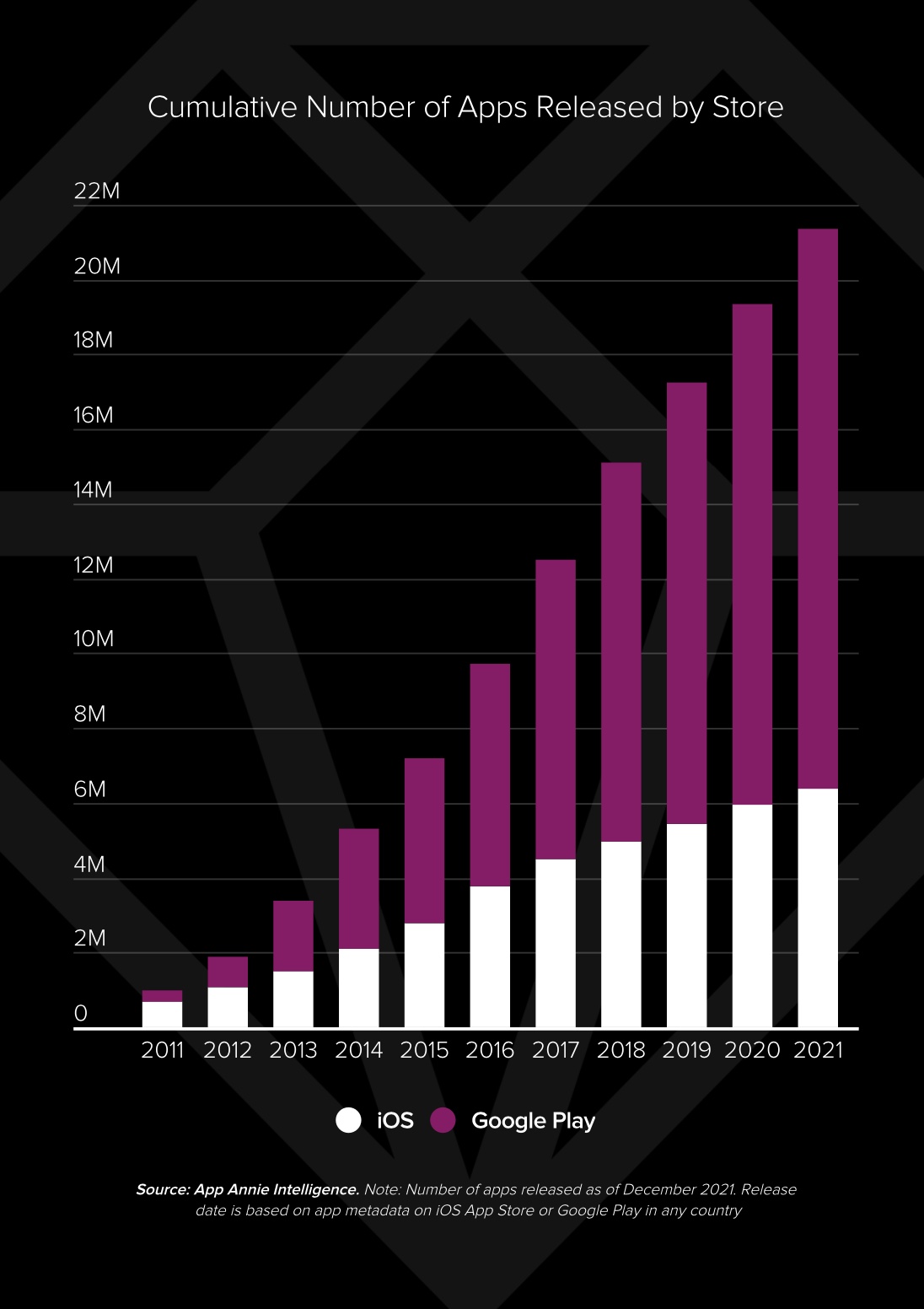 Among the highlights from its findings:

The report also listed the top apps and games worldwide and by individual countries by both downloads and consumer spending. Globally, the top five most downloaded apps in 2021 were TikTok, Instagram, Facebook, WhatsApp and Telegram. By consumer spend, the list was TikTok, YouTube, Tinder, Tencent Video, Disney+ and Tencent Video. 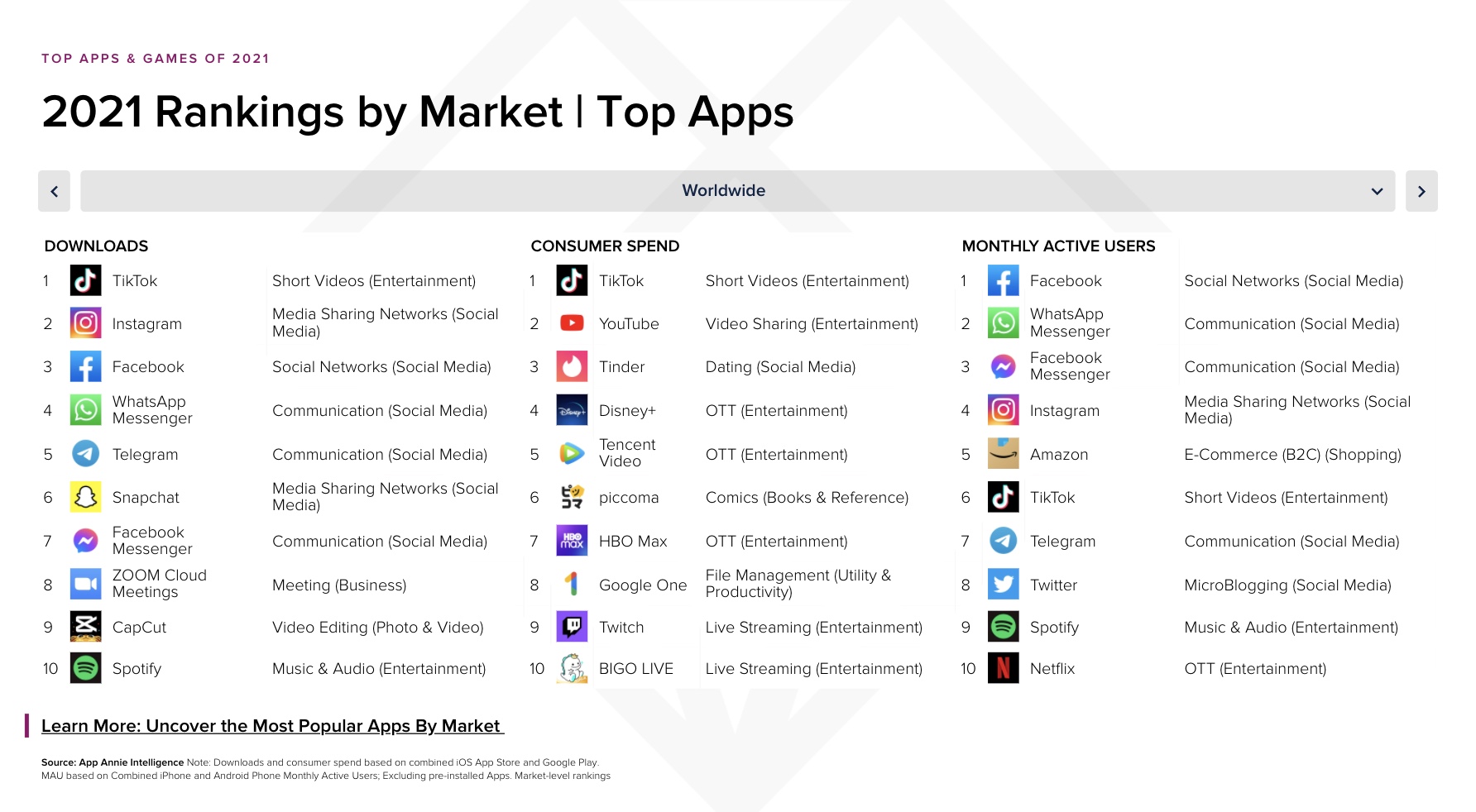 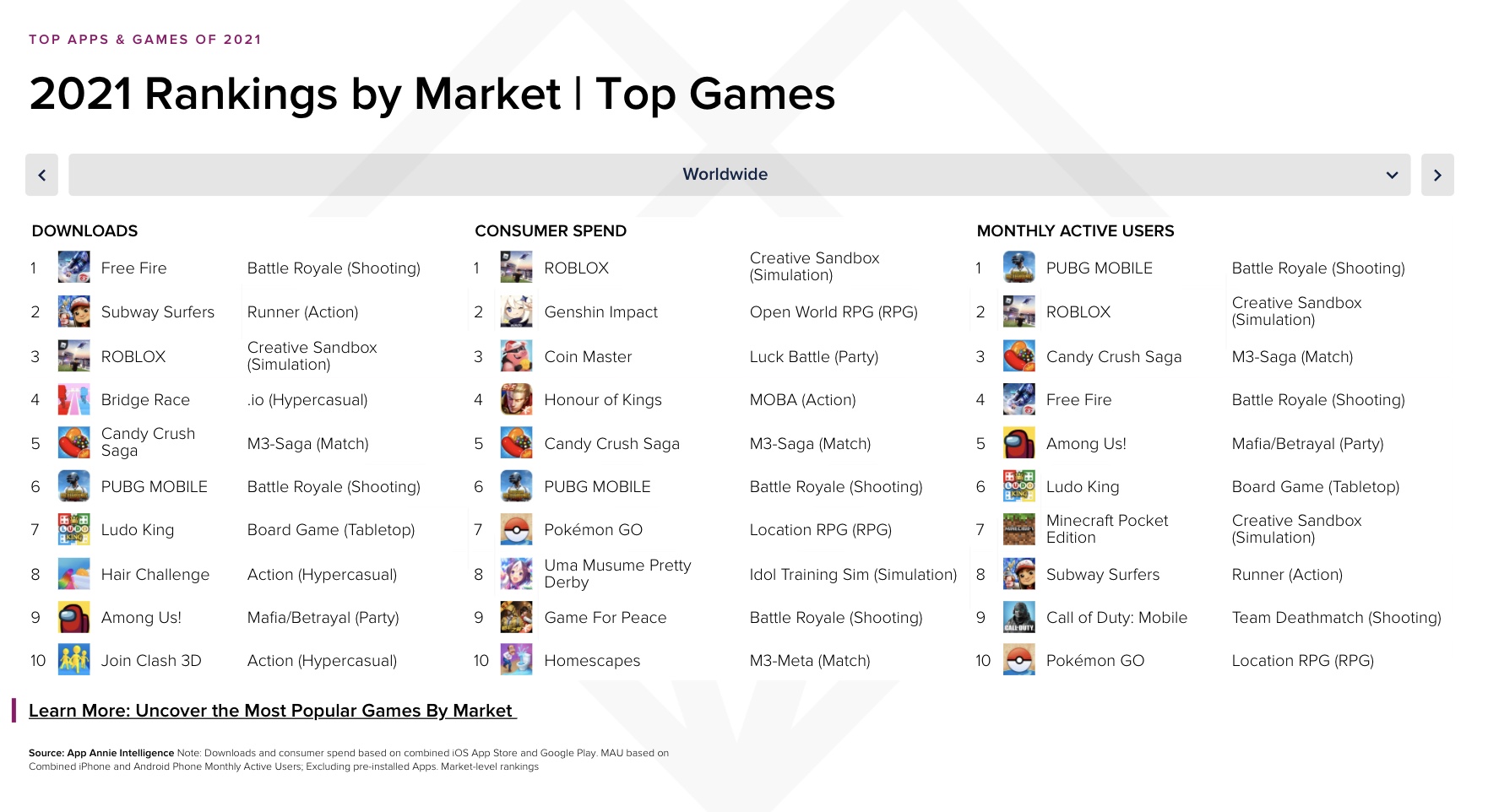