As more and more people are wanting to leave a smaller footprint on the earth, many of us are living in smaller spaces. Daan Tech is a startup we found at CES 2022 that is taking a fresh new look at tech aimed specifically at small households of one or two people.

I rarely cover washing machines or dishwashers here on TechCrunch, mostly because there’s rarely a startup angle, and, let’s face it, unless it is able to dance the Macarena, dishwashers are dull as dishwater, as the Brits like to mumble into their cups of tea. Daan Tech’s Bob Global fits the bill; it’s ultra-compact and perfect for apartment dwellers, as it doesn’t have to be plumbed in. It comes with a built-in one-gallon integrated water tank, and the company claims it uses only a fifth of the water that regular hand-washing does.

“Living in a city where space is hard to come by, we wanted to provide an efficient solution for washing dishes in a cramped kitchen,” said Damian Py, president and CEO of Daan Tech. “We also wanted to create a product that has a positive impact on the environment and to keep our environmental footprint as small as possible.” 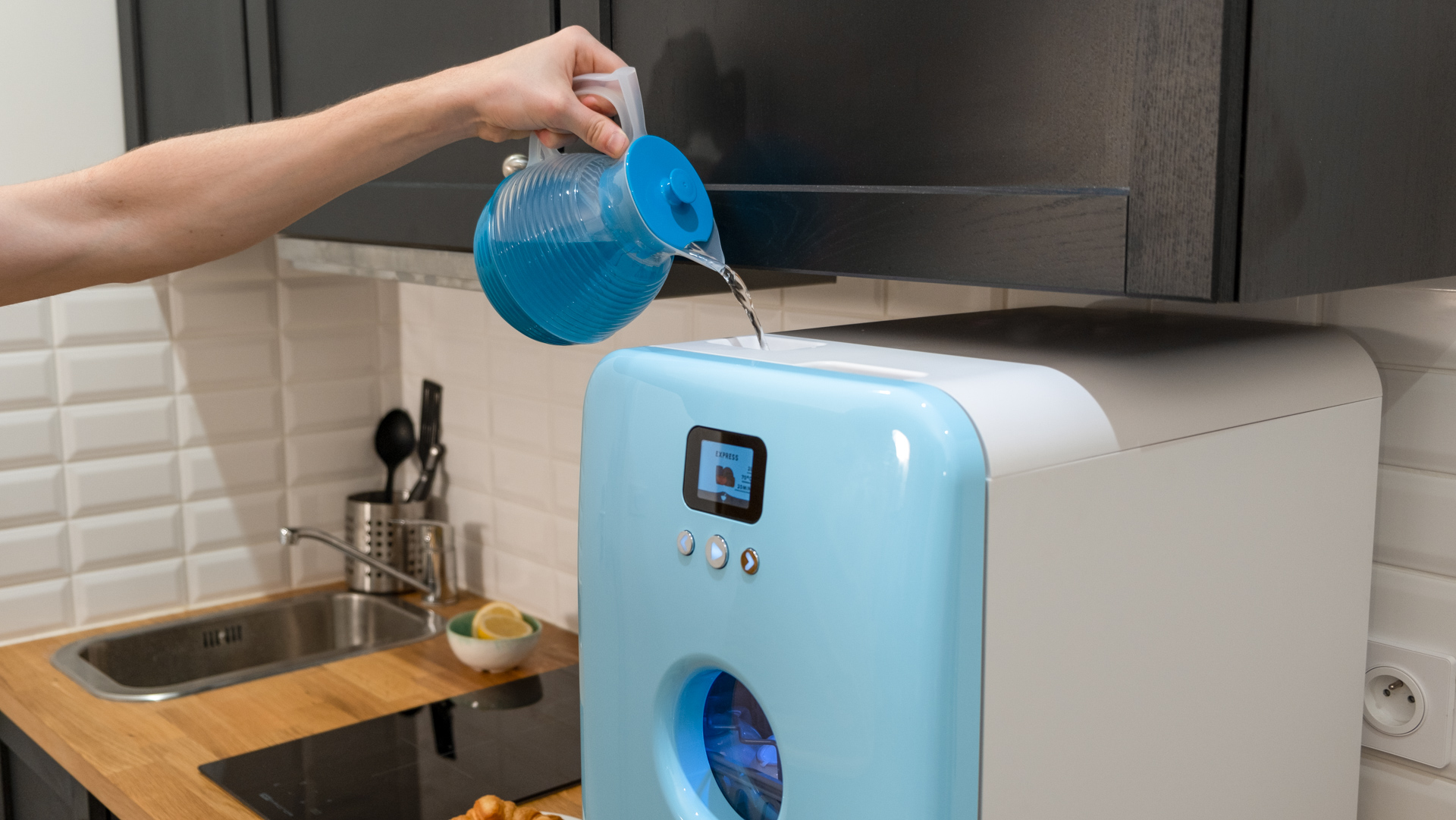 Daan Tech’s Bob has its own integrated water tank, so it doesn’t need to be plumbed in. It also has a UV-C cleaning cycle that can kill bacteria without using water at all — perfect for sterilizing without using water. (Image Credits: Daan Tech)

The original version of the Bob design sold more than 35,000 units in Europe, and the new, updated version of the device is coming to a kitchen counter near you very soon. Daan Tech tells me that Bob Global will be available in most countries in 2022 and is currently available for preorder at a discounted price at the company’s website, with a $299 price tag and an estimated delivery by late Summer 2022.

The company has a fetching video of the original version of Bob, which gives a bit more context for what the company is up to:

The Bob also has an optional additional feature of a UV-C cleaning cycle. In this mode, the washer doesn’t use water, but instead uses UV-C rays to disinfect items that can’t get wet – think phones, keys, wallets, etc. The theory is sound — and it’s neat to see this wrapped into a tabletop appliance like a small dishwasher, rather than in a separate device.

Riding high on the success of its diminutive dishwasher, the company is now working on a suite of additional small home appliances, including a smart toaster oven and an autonomous washing machine.