At CES, Nvidia today put a strong emphasis on its GeForce Now game streaming service, its competitor to the likes of Google’s Stadia (that’s still around, right?), Amazon’s Luna and Microsoft’s increasingly popular Xbox Cloud Gaming service. All of these use a different business model, with GeForce Now making it easy for players to bring to the service games they bought elsewhere, with Nvidia offering a restricted free tier and then charging a membership fee for access to its servers, starting at $10 per month.

Today, the company announced a number of new partnerships, as well as the news that Electronic Arts Battlefield 4 from 2013 and Battlefield V from 2018 are now available for streaming on the service. Not exactly Day One releases, but nice to have, I guess.

What’s maybe more important is that Nvidia continues to expand the overall GeForce Now ecosystem. In this case, that means a deal with AT&T, which will give its customers on a 5G device on a 5G “unlimited” plan a free six-month GeForce Now priority membership. Nvidia says the two companies are “teaming up as 5G technical innovation collaborators,” but we’re basically talking about a marketing deal here. The whole promise of 5G is low latency after all. 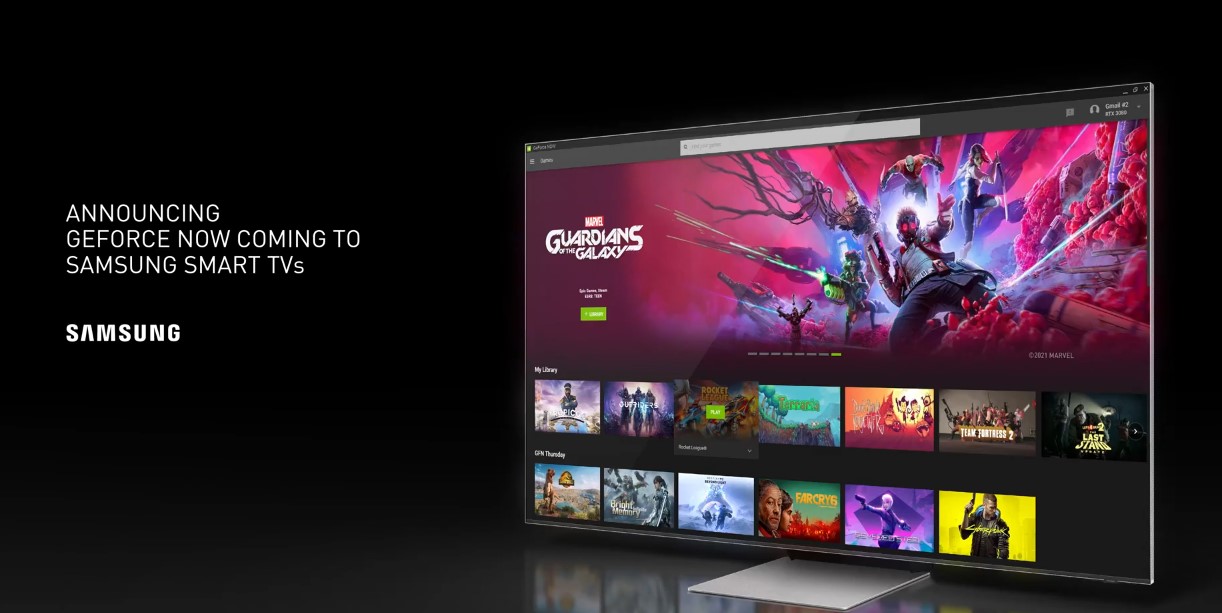 For the living room, Nvidia is teaming up with Samsung to bring its game streaming platform to that company’s smart TVs after already offering its app on 2021 LG WebOS TVs as a beta last year.

“Our cloud gaming service will be added to the Samsung Gaming Hub, a new game-streaming discovery platform that bridges hardware and software to provide a better player experience,” Nvidia writes in today’s announcement. It’ll have more to share about this deal in the second quarter of this year.