Putting solar panels on the roof is increasingly realistic for the average homeowner, but they tend to be specialized, aftermarket affairs or else whole-roof replacements. GAF Energy, a division of the roofing giant, claims its new solar shingles are simple enough to install that no special equipment or knowledge is required, making home renewable energy that much more accessible.

Solar shingles are not themselves new, but tend to be a bit more complicated of an installation than just riveting a panel to the roof with a few inches of space underneath. Instead, they replace the shingles themselves, acting as both roofing material and solar panel array.

Many of our readers will be familiar with Tesla’s foray into this space, the imaginatively named Solar Roof, which uses solar shingles but, like others, needs a special team and is basically a whole-roof replacement. If you only wanted to replace a damaged patch with 30 square feet of panels, Tesla isn’t an option, and other solar shingles might not be able to be installed by your local roofer.

GAF Energy hopes to change that with its Timberline Solar, announced today at CES, which it says can be installed by any roofer with a nail gun. GAF Energy president Martin DeBono described the shingle as “the only product to integrate solar technology into existing roofing processes and materials to yield a full-fledged solar roof, enabling mainstream deployment of clean energy via traditional roofing channels.” 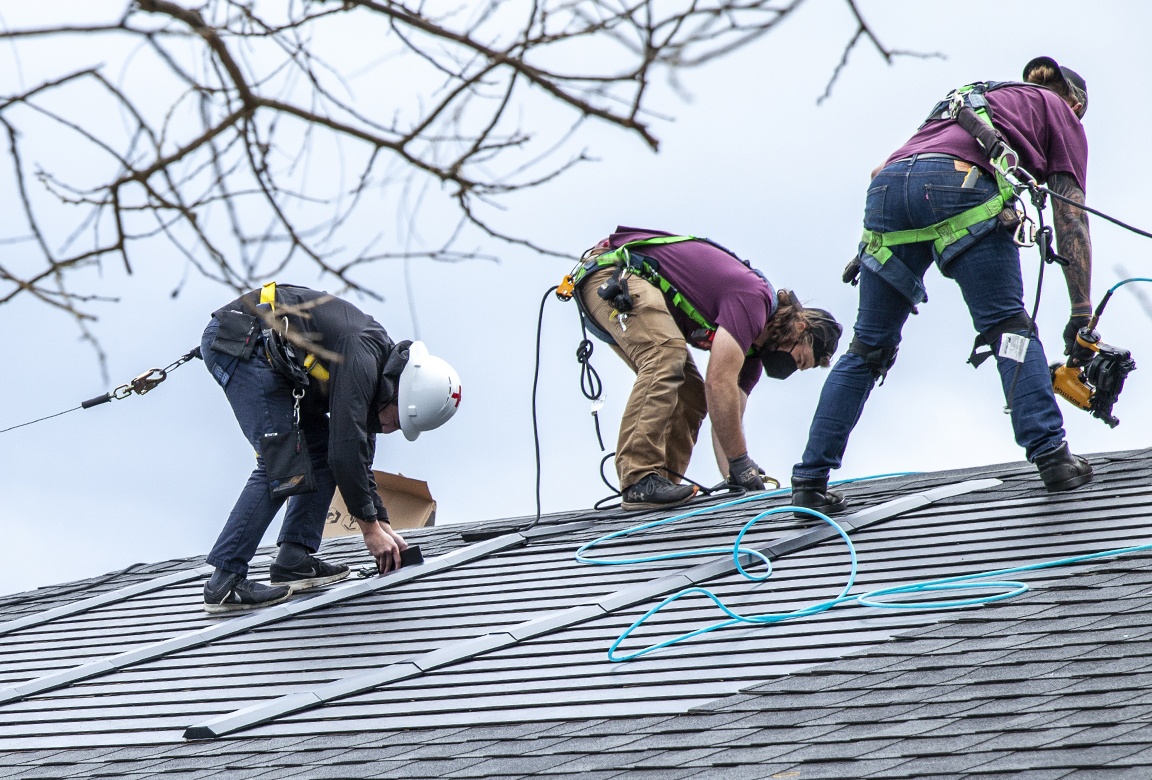 You might wonder why, if you’re already going to the trouble of getting solar installed on your roof, you don’t just roll with it and get the specialist. It’s going to be expensive anyway, right? It’s true in a way, but the cost is coming down for every aspect of getting a solar roof, and every dollar shaved off makes it realistic for a few more customers (as Aurora Solar’s COO Sam Adeyemo observed to me last year). Not only that, but specialists tend to congregate in population centers, meaning folks in rural areas, where solar might actually be more practical, face higher costs and lower availability.

The company noted that its solar shingles install just like regular roof shingles, except for exposing the electrical contacts on the upward side so they can be easily accessed (don’t worry — the whole thing is as weatherproof as a regular roof too). You can even walk on them when it’s time to clean the gutters. The company is the first to receive UL’s new “building-integrated photovoltaic (BIPV) solar roofing certification,” UL 7103.

It’s just another step from solar roofs being an expensive, complex option to a normal one available to anyone, and maybe even one that will pay itself off in time.