The future of lidar is uncertain unless, as Voyant hopes to do, its price and size are reduced to fractions of their current values. As long as lidars are sandwich-sized devices that cost thousands, they won’t be ubiquitous — so Voyant has raised some cash to bring its smaller, cheaper, more easily manufactured, yet still highly capable lidar to production.

When I wrote up the company’s seed round back in 2019, the goal was more or less to shrink lidar down from sandwich to fingernail size using silicon photonics. But the real challenge faced by nearly every lidar company is getting the price down. Between a strong laser, capable receptor and a mechanical or optical means of directing the beam, it just isn’t easy making something cheap enough that, like an LED or touchscreen, you can easily put several of them in a vehicle that costs less than $30,000.

CEO Peter Stern joined the company just as COVID was getting started, and they were looking for a way to turn a promising prototype developed by co-founders Chris Phare and Steven Miller into a working and marketable product. After going back to basics they ended up with a photonics-based frequency-modulated continuous wave (FMCW) system (just go with it for now) that could be manufactured at existing commercial fabs.

“Every other system is filled with a lot of expensive stuff — our vision is a mass-produceable chip, like anything else,” he said, and noted the lack of a powerful precision laser as a huge savings to cost and space. “What people use as a laser source generally costs a lot, needs assembly and calibration, there are lens issues… our laser sources are basically out of date, slightly refurbished datacom lasers the size of sesame seeds. These things cost like $5 each, the laser path costs $30, something like that.”

This tiny scale is made possible by the FMCW method, used more often in radar. A continuous beam of light encoded with identifiable data patterns and constantly adjusting its frequency, this approach avoids many issues with traditional lidar methods. And the way Voyant does it, it’s cheap — possible to get under a hundred bucks with scale. All the optics, beam handling and sensing and so on is right there on the chip. 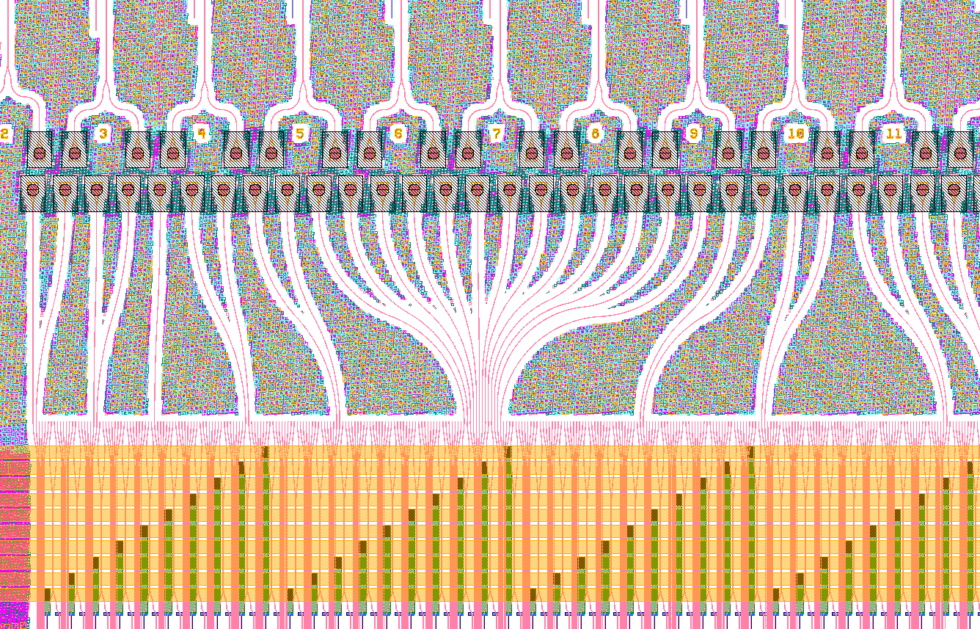 Close-up of some of the waveguides found on the lidar chip. Image Credits: Voyant Photonics

But they’re not going up against Velodyne or any of the upstart lidar companies duking it out in the automotive sector like Luminar and Baraja. “We’re too underfunded to take us through an automotive development cycle,” Stern said — and indeed it’s quite an expensive market to try to break into. “Because we’re cheaper, we see applications in robotics, mobility, industrial safety… anywhere someone wants to use a Velodyne puck, we can displace them for non-automotive purposes pretty quickly.”

You may very well think “wait, I have lidar on my phone — what’s different about this?” Certainly you can make lidar units at this scale and size, but their capabilities are extremely limited. Great for scanning your living room, but unreliable past a few meters or in sunshine or bad weather. Voyant isn’t going for cars, but its devices still have auto-grade specs: millimeter accurate out to a hundred meters, the sort of thing you want when you’re traveling 70 MPH.

The FMCW technique used here produces fewer points, leading to lower resolution, but it provides instantaneous doppler velocity. Knowing how fast the thing your beam hit is moving without having to expend extra scanning power or computation is arguably a big plus.

Another interesting leg up it has on the competition is in the unit’s ability to discern not just distance and velocity, but at least to a certain extent material. This uses a measure of polarization, a factor of the beam that is affected in different ways by different surfaces. So from a single data point, Voyant’s devices should be able to tell whether something is metal, asphalt, wood, skin, clothing or fur — among other things. That’s unbelievably useful for categorizing objects — if it has fur on it, it’s probably not a tree or a car, right? 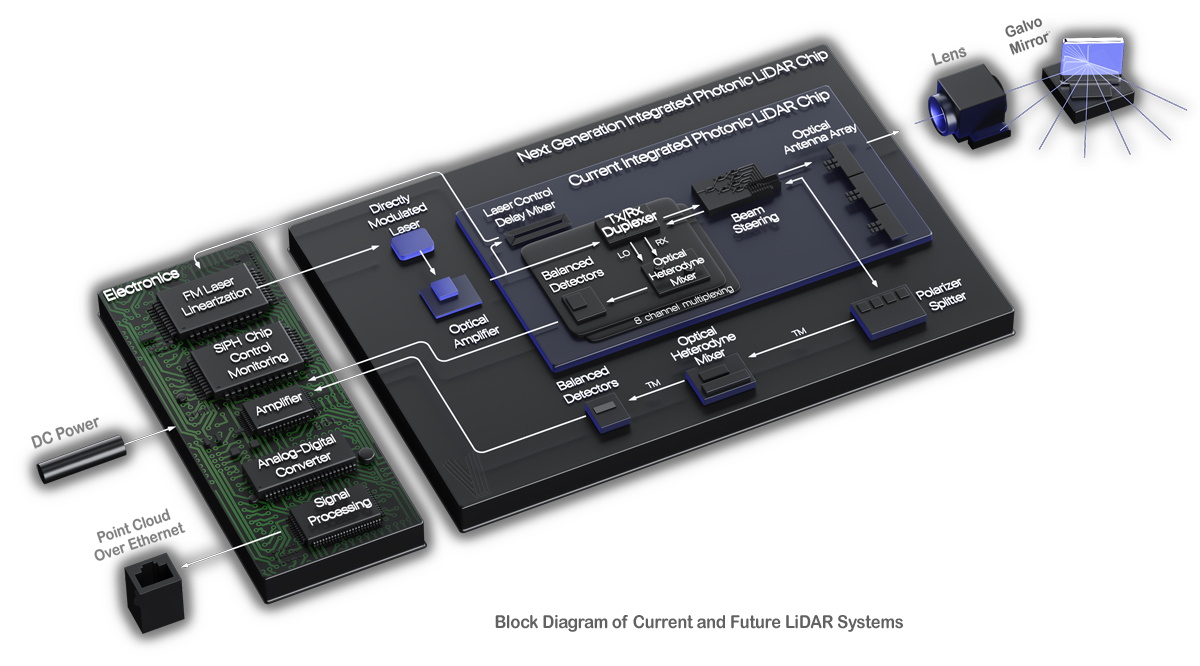 The $15.4 million A round was led by UP.Partners, with participation from LDV Capital and Contour Ventures. The company plans to use the money to move toward production by putting its development kits in the hands of partners. The “Lark” is the more traditional of the two, bouncing the laser signal off a galvo mirror, while the “Sparrow” unit uses a 2D beam steering technique that further reduces the need for mechanical components.

Stern said they’ll be making about 200 units for partners in 2022, and then will start taking commercial orders in 2023. By that time the automotive world may have taken note, but if Voyant’s strategy succeeds, it will have slipped a good piece of the industrial market out of reach of companies making larger, more expensive units.