Continual, a startup that aims to bring operational AI to the modern data warehouse-centric data stack, today announced that it has raised a $4 million seed round led by Amplify Partners, with Illuminate Ventures, Essence, Wayfinder and Data Community Fund also participating in the round. With this announcement, Continual is also opening up its service as a public beta, after testing it with a number of select customers in recent months.

The data warehousing space is vast but also dominated by a small number of players, like Snowflake, Amazon Redshift, BigQuery and Databricks. This makes it easier for startups that want to tap into the data stored in them to build their own innovations on top. For Continual, that means providing businesses with an accessible tool for building predictive models. 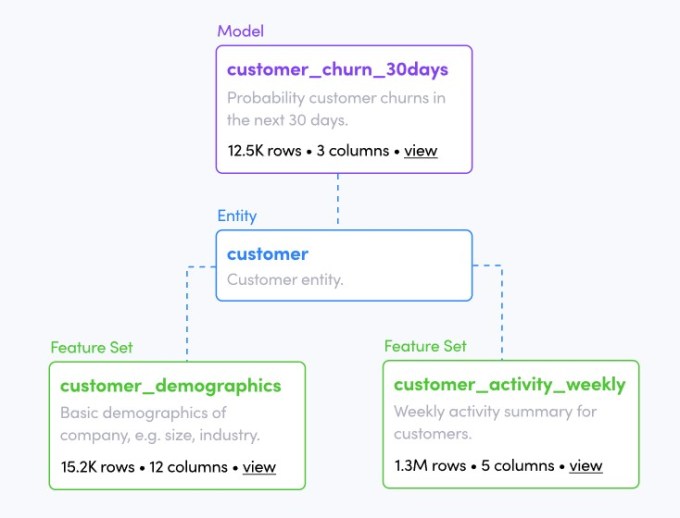 Zajonc’s last startup, Sense, was an early enterprise platform that was acquired by Cloudera in 2016, while his co-founder, Tyler Kohn, previously built RichRelevance, a personalization service that was acquired by Manthan System in 2019. In building those startups, the two co-founders noticed the high failure rate for AI projects in the enterprise. Most of the time, it takes a large team and lots of resources to run these projects, all while the AI infrastructure needed is becoming increasingly complex.

“We’re moving from this era of big data to this era of big complexity,” Zajonc said. “We founded Continual to solve this problem and to radically simplify operational AI for enterprises. We realized that the rise of cloud data warehouses — the standardization of data infrastructure and the rise of the kind of the modern data stack more broadly — provided us an opportunity to reimagine and radically simplify enterprise AI.”

With Continual, data teams can reuse their existing SQL and dbt skills. All they have to do is connect Continual to their data warehouses and then declaratively define the features and models they want to predict. One nifty feature here is that the predictions, too, are stored in the data warehouse, where they are immediately accessible to developers and analysts as needed.

The platform currently supports Snowflake, Redshift, BigQuery and Databricks and the team plans to expand its partnerships with dbt and these data platforms over time. As Zajonc noted, the company has no interest in becoming a data integration platform, though.

“Getting continually improving predictive insights from data is critical for businesses to operate efficiently and better serve their customers. Yet operationalizing AI remains a challenge for all but the most sophisticated companies,” said Amplify Partners’ David Beyer. “Continual meets data teams where they work — inside the cloud data warehouse — and lets them build and deploy continually improving predictive models in a fraction of the time existing approaches demand. We invested because we believe their approach is fundamentally new and, most importantly, the right one to make AI work across the enterprise.”

The company plans to use the investment to double its team over the next year and expand its platform to support natural language processing, personalization and real-time use cases.