Innovaccer has raised a new financing round and more than doubled its valuation to $3.2 billion from $1.3 billion in February this year as a growing number of healthcare organizations move to use the San Francisco-headquartered firm’s platform to put their troves of data to better use.

In the past two decades, most industries have adopted technology to bring efficiencies to their businesses and accelerate their growth. The healthcare industry, in comparison, has been the last frontier to adopt technology in many ways, said Abhinav Shashank, co-founder and chief executive of Innovaccer, in an interview with TechCrunch.

“We haven’t been able to drive that kind of transformation. Moreover, most systems that have been built for this space are non-cloud,” he said, adding that this has resulted in troves of data sitting in siloed systems.

That’s where Innovaccer comes into play.

The startup, which began its journey in India, has developed a cloud software layer that works on top of the existing systems employed by healthcare facilities and enables patients’ data to be fetched and analysis performed on.

Getting better access enables patients to supply and make use of even more data — such as insurance or medical data generated by fitness trackers — they have on themselves. “This creates a 360-degree view of the patient.” Moreover, this allows doctors to get deeper and real-time visibility into the patient’s health status.

The B2B-focused startup has amassed over 50 customers, including Banner Health and Roche in the U.S. Some of its recently signed customers include One Medical, CommonSpirit, Sentara, Adventist Health, Children’s Health Alliance, Florence Health and Zus Health. 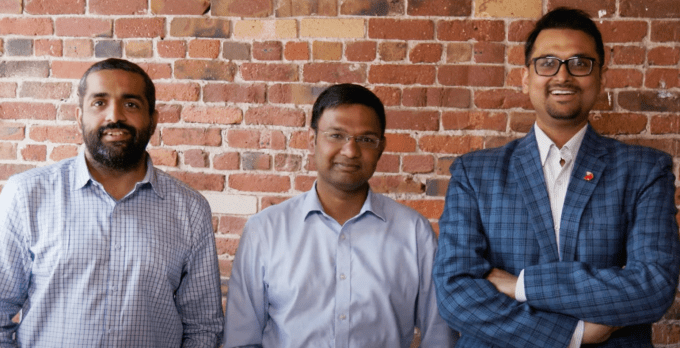 As things stand today, when a hospital or any other health facility works with Innovaccer, its patients’ data remains with that facility. Other healthcare providers don’t get access to that data. This is one of the challenges that many entrepreneurs are hoping to solve.

Charles Hoskinson, founder of Cardano, for instance, is hoping that his blockchain network will become a universal standard to a point that any patient anywhere in the world will be able to quickly grant permission to a doctor to view his or her records in an event of an emergency. But we are not there yet. Shashank suggested that in the coming years, as healthcare providers begin to open up, they may agree to a universal protocol and such an interoperable system would then work.

One of the reasons he is optimistic is the growing interest of big tech giants such as Amazon, Microsoft and Apple in the health tech space. “They want us to succeed and we are building systems that run on top of their clouds. So there’s massive synergies in how we are all approaching the market,” he said.

The startup, which signed its first customer in 2016, has grown rapidly in recent years, he said. “Our focus has been the U.S. market. At some point, we will expand internationally as well. But given the size of the problem we have on our hands in the U.S. itself, we will remain largely focused here for the near term.”

The growth of Innovaccer is one of the biggest Indian SaaS success stories. Shashank, pointing to the success of many SaaS startups that began their journey in India, Australia or Southeast Asia, said for SaaS entrepreneurs, the “world has never been flatter as the delivery model is on the cloud. I don’t think it has ever been easier for entrepreneurs to build a global software company of significant size and scale,” he said.

Innovaccer will deploy the fresh funds to supercharge its research and development work and also hire more talent across product, engineering and customer experience roles.

“We have been investors in Innovaccer since 2019, and believe that the company has all the necessary pillars to define the new gold standard of how the Health Cloud should be implemented by providers, payers, and life science companies,” said Alaa Halawa, partner and head of the U.S. Ventures business at Mubadala Capital, in a statement.

“Hundreds of tech companies have tried to create a common data framework to connect the healthcare industry, but they all fell short due to extreme industry complexities or technology challenges. But in five short years, Innovaccer has built the most successful data activation platform in the healthcare industry as proven by record rates of industry adoption. Innovaccer is likely the first and only company since the invention of the electronic health record (EHR) that has the opportunity to unify the healthcare ecosystem.”