A team at Google is today launching a new service called Qaya, which will allow creators to easily set up new web storefronts where they can sell their products and services directly to their audiences. The project is the latest to emerge from Google’s in-house project incubator, Area 120, which was recently a part of a broader reorganization at the company that elevated its status after many of its earlier projects exited to different parts of Google, including its Cloud, Search, Shopping and Commerce divisions.

The new project, Qaya, was co-founded by Nathaniel Naddaff-Hafrey, a founder-in-residence at Area 120 who previously worked on jobs marketplace Kormo aimed at the “next billion” internet users, specifically those in markets like India, Indonesia and Bangladesh.

After hearing from dozens of creators about how difficult and time-consuming it is to build their digital businesses, he got the idea for Qaya, a service that would allow them to sell directly to fans. Several other members on the Qaya team are also creators, who bring with them their own experiences with existing creator tools. They understood from their own efforts and other creators they spoke to that there’s demand for a flexible, no-code product that could function as a one stop-shop where creators can make money from their work and better connect with their audience.

Qaya’s solution allows creators to build personalized web storefronts featuring their products and services, and other digital downloads, which can then be linked to their YouTube Merch Shelf, and integrated with Google Search and Google Shopping. Through these stores, creators could include things like photos, files or e-books, digital art, photo filters and presets, productivity templates, knitting patterns, fitness videos and much more. The company says up to 1,000 products can be hosted per storefront. 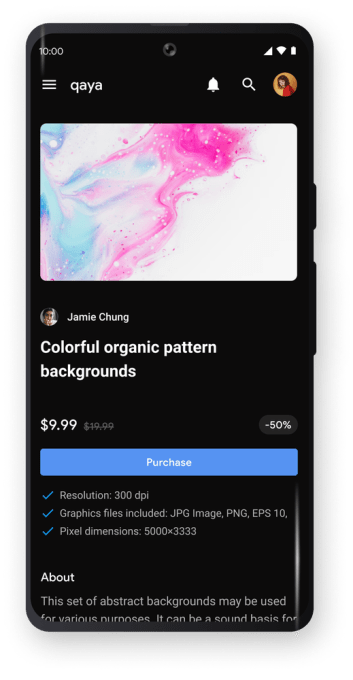 In addition, if the creator sells physical goods or services on other platforms, an import function will allow them to feature these items on their Qaya page, complete with their own personal branding.

Each store also gets its own custom URL in the form of qaya.store/your-name or yourname.channel, which could be used in place of the links they place on social media sites created with the “link in bio” solutions available today like Linktree or Beacons.

And like those services, the Qaya stores also allow creators to feature links to their other online profiles, which sit at the top of the page underneath the creator’s name and bio. But the larger purpose of the site is to connect fans directly to the content the creator has for sale, not just as a landing page to connect fans to the creator’s profile on other services.

Google Pay is built into Qaya, and supports a variety of monetization types, including subscription, tipping and one-time payments. Qaya also offers insights and analytics about how the creators’ products are performing in terms of sales.

Currently, the product is free to use, with monetization managed on a transactional basis. That is, creators will keep the “vast majority” of the revenue they generate from products they upload and sell on Qaya, notes Google. 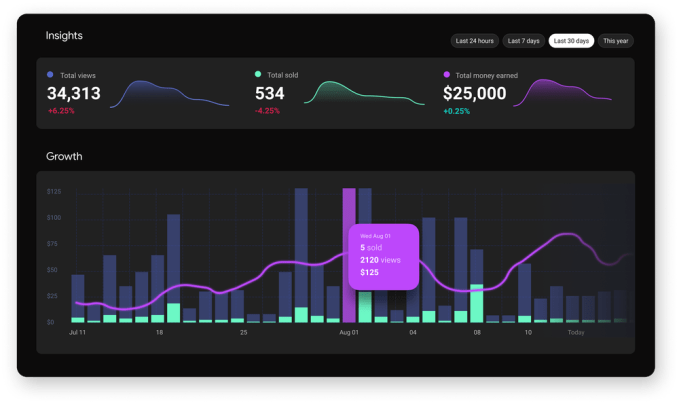 The company is now rolling out the YouTube Merch Shelf integrations for eligible YouTube creators who join Qaya’s beta and, in time, hints that Qaya aims to allow creators to sell even more products, including “other types of digital goods,” which sounds like a veiled reference to NFTs, though Google isn’t yet saying if that’s the case. 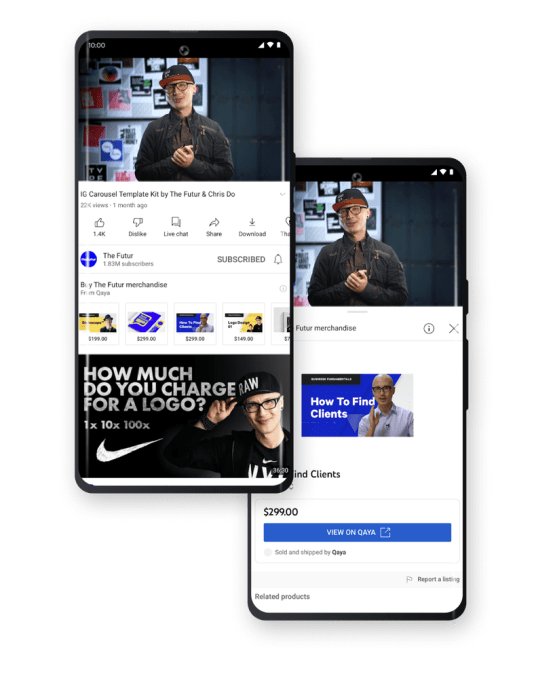 Google says the new service is launching today into beta testing in the U.S., though non-U.S. users can join a waitlist while they wait for Qaya to roll out to their country. Creators who want to gain access to Qaya’s beta can request an invitation from the Qaya website.