It would have been a legendary payoff for any investor, let alone a public agency: swapping an undrivable car for a multibillion-dollar stake in a hot new EV startup.

Until last year, Space Florida, the state’s economic development agency for aerospace, believed that it owned 3% of Rivian as a result of a canny lease-back agreement made a decade earlier. Following Rivian’s blockbuster IPO in November, that stake would have been worth nearly $3 billion based on Rivian’s current market capitalization — a more than 1,000-fold return on Space Florida’s investment. That investment, which totaled nearly $2 million, included buying prototypes from Rivian in exchange for warrants in the company as well as the cost of buying the stock.

Instead — and through a mechanism that neither the agency nor Rivian can explain — Space Florida has ended up holding just 60,000 shares in the company, worth less than $7 million, public records from the agency show.

So why did a commercial space booster get involved with an EV pickup maker in the first place, and how did its supposed ownership evaporate?

Space Florida began working with Rivian before it was called Rivian — and even before it was making electric vehicles. In 2009, RJ Scaringe founded Mainstream Motors as a spin-out from his father’s R&D firm in Rockledge, Florida. His original plan was to design an ultra-efficient gas-powered coupe capable of 60 miles per gallon and bring it into production in Florida using lightweight materials and modular manufacturing, all by the end of 2013.

The Florida Energy and Climate Commission committed $2 million in seed money, enough for Scaringe to hire a small team to design a prototype. This is separate from Rivian’s deal with Space Florida. According to a Bloomberg report, the team then worked around the clock to produce plans for the vehicle, apart from its engine. When the plans were ready, they shipped them to a contract manufacturer in Detroit, along with a Mini Cooper for its powerplant.

Scaringe then pulled off what must have seemed to be a stroke of genius. In June 2010, with the company’s first prototype still just a collection of custom and scavenged parts in Detroit, Scaringe sold it to Space Florida for $500,000.

“Originally, there was a potential that it would bring an automobile manufacturing plant to Florida,” Dale Ketcham, VP of Space Florida, told TechCrunch in a recent interview. “But it was more the possible applications off-planet, whether on the moon or Mars, that piqued our interest.”

When the first prototype, nicknamed “The Blue Thing,” arrived in Florida in October 2010, Space Florida immediately leased it back to Scaringe for $100 a year. The car was not ready to drive on public roads, let alone move into production, according to Bloomberg. But the company could use it for testing and demonstrations, including a (never-consummated) plan to speed-test it at NASA’s Shuttle Landing Facility in the Kennedy Space Center, records obtained through a Freedom of Information Act request show. After the 10-year lease was up, Scaringe could repurchase the vehicle from Space Florida for a final $100.

But as an “additional consideration,” according to Space Florida documents, the startup would also issue to Space Florida a warrant to acquire 100 shares of its common stock, redeemable any time in the next decade, for $1,000 per share.

“It’s one of the little things we’d done in the past with other organizations,” Ketcham recalled. “It gave us a little piece of the pie and it gave them some cash.” Space Florida also assisted the small company with business advice.

Scaringe changed Mainstream Motors’ name to Avera. In March 2011, he changed it again — to Rivian — and persuaded Space Florida to repeat the deal. The agency would buy three more vehicles for $1 million, and once more lease them back to Rivian for $100 a year. This time, Rivian issued Space Florida a warrant for a further 200 shares, at $1,843 each. Which means if Space Florida wanted to redeem those shares it would cost them $368,600.

It was a dark time for Rivian. Scaringe was scrambling for investors and down to a skeleton crew of employees. It took Rivian until June 2014 to complete the three promised vehicles, and months more to start the lease. Soon afterward, and following a big investment from Saudi Arabia, Scaringe relocated Rivian to Michigan, bought a factory in Illinois and put Florida in his rearview mirror.

But he left a little bit of his company behind. Space Florida recorded the Rivian warrant agreements in its financial statement for the year 2013. The first warrant for 100 shares, it noted, “is estimated to equal a 1% ownership interest” in the company. The second, for 200, “is equal to a 2% ownership interest.” Space Florida believed its 300 shares represented a full 3% of the young startup, albeit one whose future was still uncertain.

“We have our investment fund to make those kinds of investments,” Ketcham said. “Everything isn’t going to be a winner. If a company craters, then you’re S.O.L. like everyone else.”

Rivian did not crater, however. In fact, its progress was little short of exponential, with hundreds of millions in funding flowing in from Amazon, Ford and Cox Automotive, then billions more from T. Rowe Price, Amazon’s Climate Pledge Fund, Ford and others. 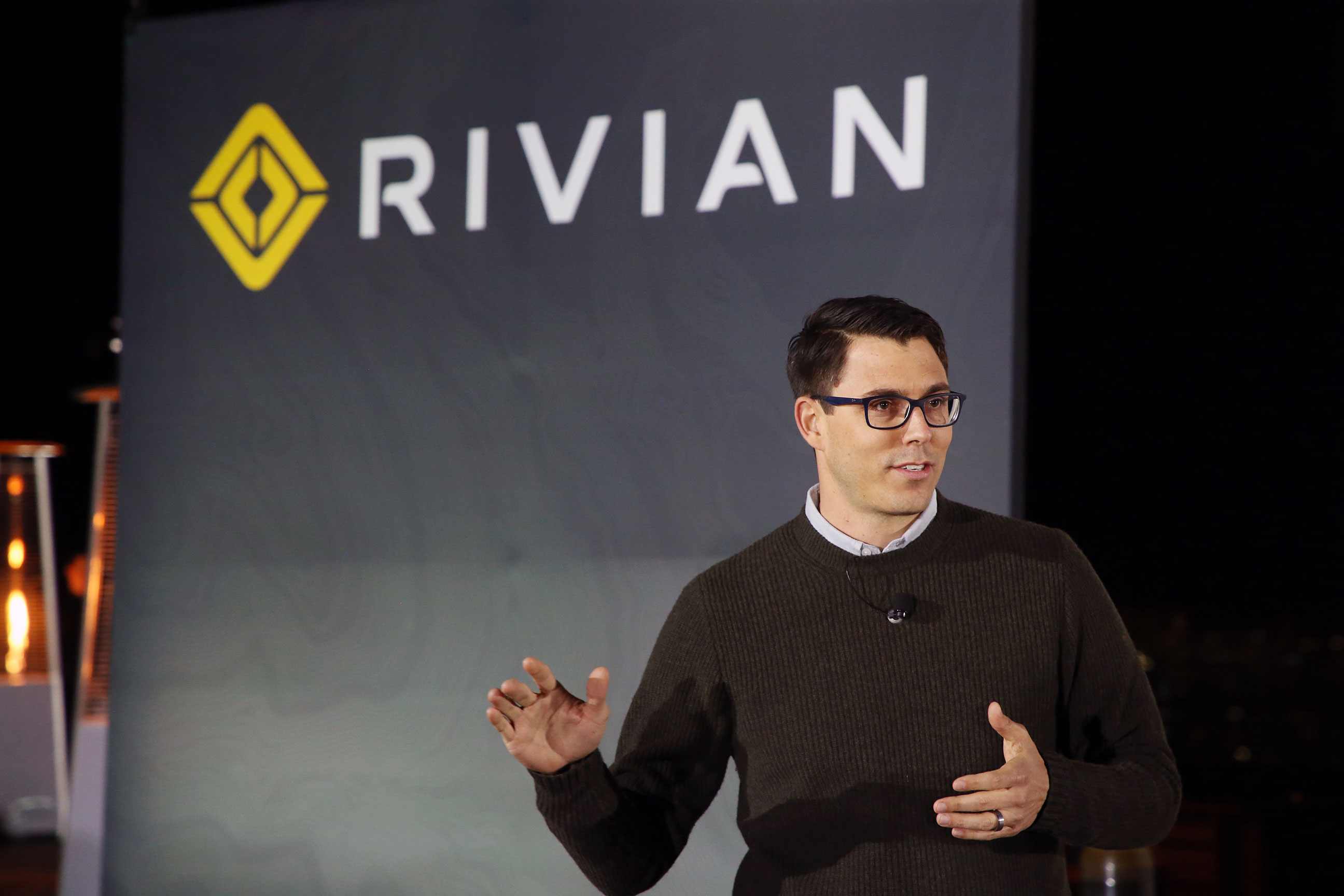 In 2018, Scaringe told TechCrunch: “We’ve got a good relationship with Space Florida. They hoped we would be able to manufacture there but as the company began to grow, the lack of automotive infrastructure became a problem. They do have a significant number of warrants, and I would imagine they’re quite pleased with the progress of the company given that those warrants are becoming quite valuable.”

But how valuable exactly? Between 2013 and 2020, Space Florida accounted for those 300 warrants at their cost price of just under $1.5 million. In the meantime, Rivian’s valuation soared from the $10 million that the 2010 Space Florida transaction implied into the billions, and its stock split multiple times. (This means that even a handful of shares acquired in Rivian’s early days as a private company could have turned into many thousands as the company grew and eventually went public).

All the while, Space Florida assumed that it still owned 3% of Rivian, according to public financial statements filed as late as October 2020.

The warrants were finally executed in late 2020. The latest financial statement, issued by Space Florida in October, now shows the agency holding just 60,000 Rivian shares, worth less than $7 million. That is about 500 times less than a 3% stake would represent and less than half of what Space Florida would have earned if it had simply invested in the Nasdaq instead of Rivian a decade ago.

“Something does feel a little weird here,” said Scott Orn, COO at Kruze Consulting, an accounting firm that specializes in funded early-stage companies. He notes that an early ownership interest can be diluted as bigger investors come on board, or be reduced by other strategies, such as recapitalizing the company. “But you’re going to go from, say, 10% ownership to 1% ownership,” he says. “You can’t wash them out completely.”

Rivian would not comment on Space Florida’s warrant agreements or ownership stake, citing shareholder confidentiality. Space Florida did not dispute the figures in its financial statements but declined to comment on the value of its investment “pending board review of policy for these issues.”

Ketcham predicted that “it will still prove to have been a very nice investment for the state.”

Despite the large and somewhat mysterious discrepancy, Space Florida has no plans to pursue Rivian through the courts. “Our relationship with Rivian has been and remains excellent,” Ketcham said. “They did what they needed to do. And we want them to succeed as much as anything.”

But the disappearances don’t end there: Neither organization could tell TechCrunch what happened to the four original prototype Rivian vehicles that nearly rewrote investing history.