Robust Intelligence, an AI startup that helps businesses stress test their AI models and prevent them from failing, today announced that it has raised a $30 million Series B funding round led by Tiger Global. Previous investor Sequoia, which led the company’s Series A round, as well as Harpoon Venture Capital and Engineering Capital also participated in this oversubscribed round.

The company was co-founded by Yaron Singer, a tenured professor of Computer Science and Applied Mathematics at Harvard University, and his former student Kojin Oshiba. 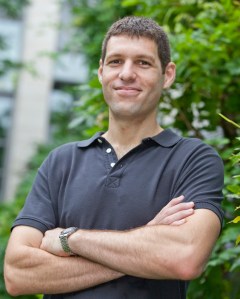 “AI has been this academic endeavor,” said Singer. “When I was doing grad school, it was an academic discipline — it was a vision. And then came the internet, data, Google and data processing — and then it realized its potential in the span of seven, eight years. Now we’re trying to be as rigorous as we are with software development, which humanity has been doing for 60 years, right? We’re trying to play catch-up with AI and it’s a whole different animal.”

As Singer noted, given its statistical nature, AI can exhibit unexpected behavior. At its core, the mission of Robust Intelligence then is to eliminate these AI mistakes.

To do so, the company offers its users what it calls the Robust Intelligence Model Engine (RIME), with what is essentially an AI firewall at its core. This firewall wraps around a company’s AI models and protects it from making mistakes by constantly stress testing these models.

“If you have an AI model and you have data, with a click of a button you run stress testing. We automatically test data and your AI models, both before the model goes into production, as well as while it is in production,” said Singer. The idea here is to automatically find the failure modes of any given model, but also to catch issues like data drift and related issues.

What’s interesting here is that the AI firewall itself is an AI model that predicts whether a data point will lead to a wrong prediction. “This is one of the hardest problems that we’re solving in AI and machine learning,” Singer explained.

The company plans to use the new funding to scale its sales operations, but the majority will go to product and engineering.