Meta (formerly Facebook) today is introducing a number of Facebook Live updates that will allow creators to engage with fans during their live broadcasts, including new features like Polls, support for four-person co-broadcasting via the “Live With” feature, new commenting features, a new post format, support for adding links to broadcasts and “Live in Stories,” which allows creators to share their livestreams directly to Facebook Stories to improve their chances of discovery.

Meta CEO Mark Zuckerberg yesterday teased these new additions and others still to come by posting to Facebook that more creator updates would be coming later in the week, after the launch of the online Stars website announced Tuesday. The new online store routes around the app stores’ commissions as it’s web-only, and is currently passing the savings on to fans by offering more Stars (the virtual items used to tip creators) for the same amount of money as you’d pay inside the Facebook mobile app.

Among the new features being announced today, one of the most requested is Featured Links. This will allow creators to add website links to their live broadcasts which can be used to point fans to things like personal blogs, donation opportunities, shopping sites and more. Creators will be able to add multiple links to a broadcast that viewers can visit without leaving the live video, the company notes. 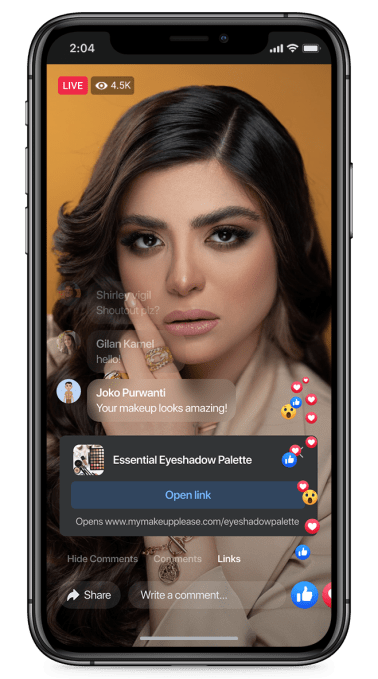 The “Live With” feature is also being expanded to now support a total of four people — the host and up to three guests.

Creators are also now able to add polls to live videos on mobile. The feature was previously available on the desktop, but the refreshed experience for mobile allows creators to receive real-time feedback from fans during their live videos. 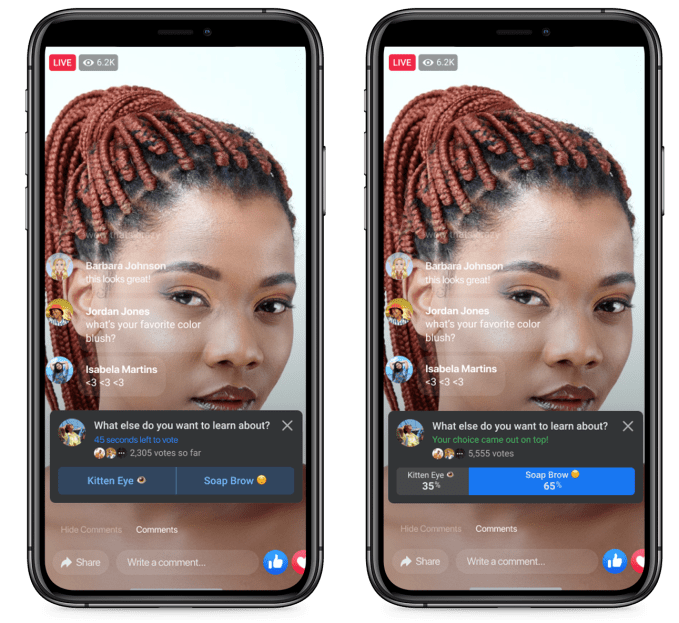 The fan Badges experience has been redesigned too, to make it easier for creators to see which fans are supporting them when viewing the comments, where badges appear next to fans’ names. Meta says it will additionally test a new experience that gives creators an easy way to know who their most loyal fans are by placing these viewers in a dedicated “Front Row” section of the live broadcast. This feature, which resembles Clubhouse with its rounded profile pics, could make it even easier to identify their biggest fans during a livestream and give them shout-outs. 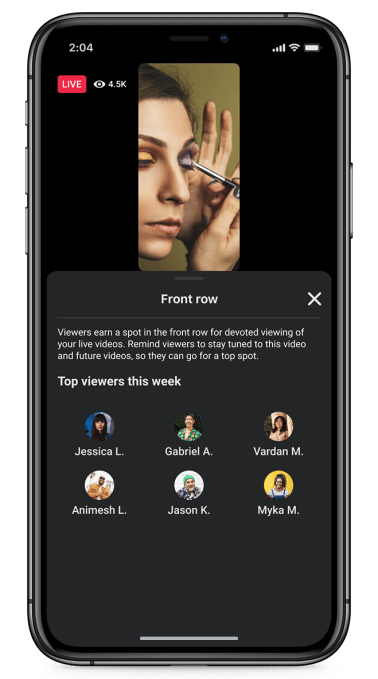 When creators comment on public posts, they’ll have a Follow button next to their name and the post they comment on will pop up on their followers’ feeds. Their comments will be ranked higher on their own discussion threads, so spammy and repetitive comments are less visible. Comment ranking will come to Reels, Facebook Live videos and Live Audio Rooms to ensure the creators’ comments get seen first. 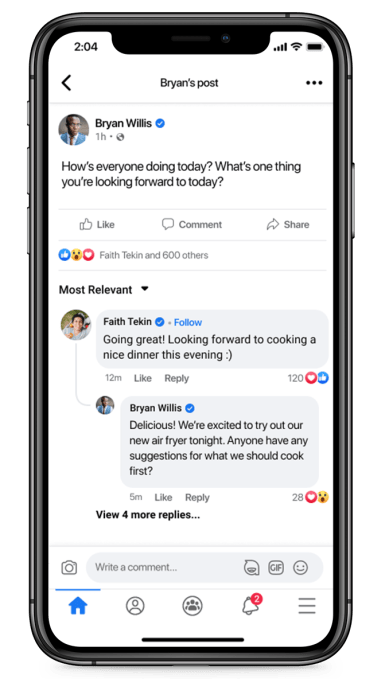 Meta is also adding the ability for creators to react and respond to comments quickly from their notifications.

Plus, the company will begin testing a new posting format called Spotlight Conversations, which is designed to allow creators to better connect with their communities. Creators will invite guests to participate in text-based conversations which appear as posts with two separate comment sections in different tabs — one for the creator and their guests and one for everyone else following along and discussing. This allows people to just follow the main discussion without the clutter of other comments. 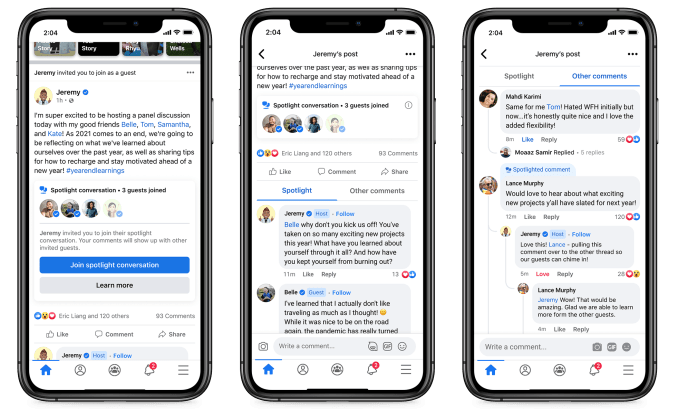 Another test will involve a deep-dive experience that shows people content they may have missed from creators they follow directly in their News Feed.

Combined, the slate of new features represents a hefty upgrade to the creator experience on Facebook, which has sometimes seemed of lesser importance to the company than Instagram — which is where many new features, like Reels, are first launched.

Meta has been steadily rolling out the creator updates over the course of the week. In addition to the Star store, the company also yesterday announced a new Professional Mode for creators’ Facebook profiles that gave them access to more monetization opportunities and analytics. It appears there are more features on the way, too, as Zuckerberg noted there will be “new controls and support features” coming for creators which have not yet been detailed.