The venture capital market is on a tear, pumping capital into a host of startups around the world. It’s generally considered a great time to raise capital and build a technology-centered, disruptive business.

For some, that is. While the venture capital boom of the last few years has helped a great number of founders, the capital is not landing equally. Women remain underinvested in, despite some recent gains. Black founders are raising more capital than ever, but still just a fraction of a fraction of what others have managed in recent years.

Black Ops Ventures wants to shake up the norm and invest in Black founders as its focus.

TechCrunch caught wind of Black Ops’ founding and recent first close thanks to our familiarity with one of its partners, James Norman. He’s the founder of Pilot.ly, a technology platform built to collect audience insights regarding video content, and a partner at the Transparent Collective. 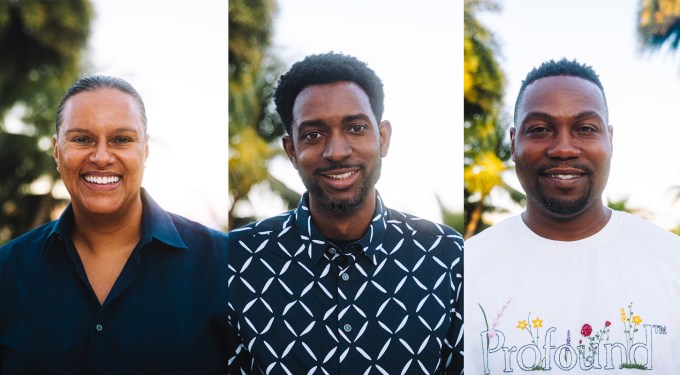 Hiles, Norman, and Green. Via the company.

The first Black Ops fund is worth $13 million to date, though we expect that number to rise after it completes a second close. The group’s first capital pool was sourced from corporations (Northwestern Mutual, Bank of America) and well-known technology denizens, including Drew Houston and Ben Horowitz.

TechCrunch spoke with Norman about the fund, curious about its general strategy. Per the founding member, Black Ops will invest at the seed stage, writing checks into rounds worth a few million dollars. The group’s intention, according to Norman, is to lead seed rounds, solving an issue that he’s seen with Black founders, namely that they wind up with interest from investors but no venture group willing to take point on their round.

Black Ops intends to solve that by leading, allowing other capital pools to play catch-up with their own checkbooks.

The firm’s investments may also help overlooked founders hire folks that fall outside the networks of some more established venture capital groups. “If I went and raised a big round from some top-tier VC, do you think that those people can help me hire other people of color?” Norman asked TechCrunch rhetorically before supplying his own answer: No.

“It’s hard to build team [and] culture and scale a company in a way that’s sustainable over time and that fits the founder’s vision,” he said, adding that “the pieces of the [startup] puzzle that we’re gonna bring together are not available to Black founders anywhere else.”

The thesis at Black Ops — investing in Black founders — is pretty darn smart. There’s essentially infinite competition for white male founders coming out of a handful of U.S. schools. That dynamic leads to silly pricing at times, with investors competing with one another to get their capital into “hot” startups. Black founders rarely find themselves in a similar situation. That means that Black Ops will be investing in deals that, I presume, will both prove accretive for Black founders generally and lucrative for the firm itself.

Norman touched on this, saying that “nobody we ever pitched this [idea to] has ever heard the story that we pitched. We really detailed why this group of people is the biggest arbitrage opportunity to tech. [To] not invest in these people is crazy because you’re missing out on all the money.”

Black Ops itself won’t be able to create parity in the venture capital world for Black founders, but it can make a dent in a problem that — despite all their wealth and putative brilliance — many venture groups have failed to tackle in any meaningful capacity.