Klue, an AI-powered competitive enablement platform, has raised $62 million in Series B funding led by Tiger Global, with participation from Salesforce Ventures.

The Vancouver-based company combines intel collection capabilities with a modern approach to content distribution aimed at providing users with the insights needed to drive revenue and business impact.

The platform automatically gathers competitive data from public and private external sources such as the news and competitor web page changes, as well as data from internal teams through integrations with platforms like Slack, Highspot and Salesforce. Klue aims to enable product marketers and competitive intelligence teams to increase their coverage of competitors.

“Our platform makes it easier to update competitive content, keep the organization informed on market changes, and enables sellers with real-time access to insights to improve competitive deal performance,” Jason Smith, the CEO and co-founder of Klue, told TechCrunch.

Smith outlined that Klue plans to use this latest round of funding to invest heavily in product development. The company will double down on its AI capabilities to make insight generation easier in order to unlock opportunities to expand its user base through new market development. Klue also plans to invest in product experience for its end-users to create a seamless connection between revenue teams and their access to competitive insights. It notes that the funding will also fuel its expansion into new verticals and markets. 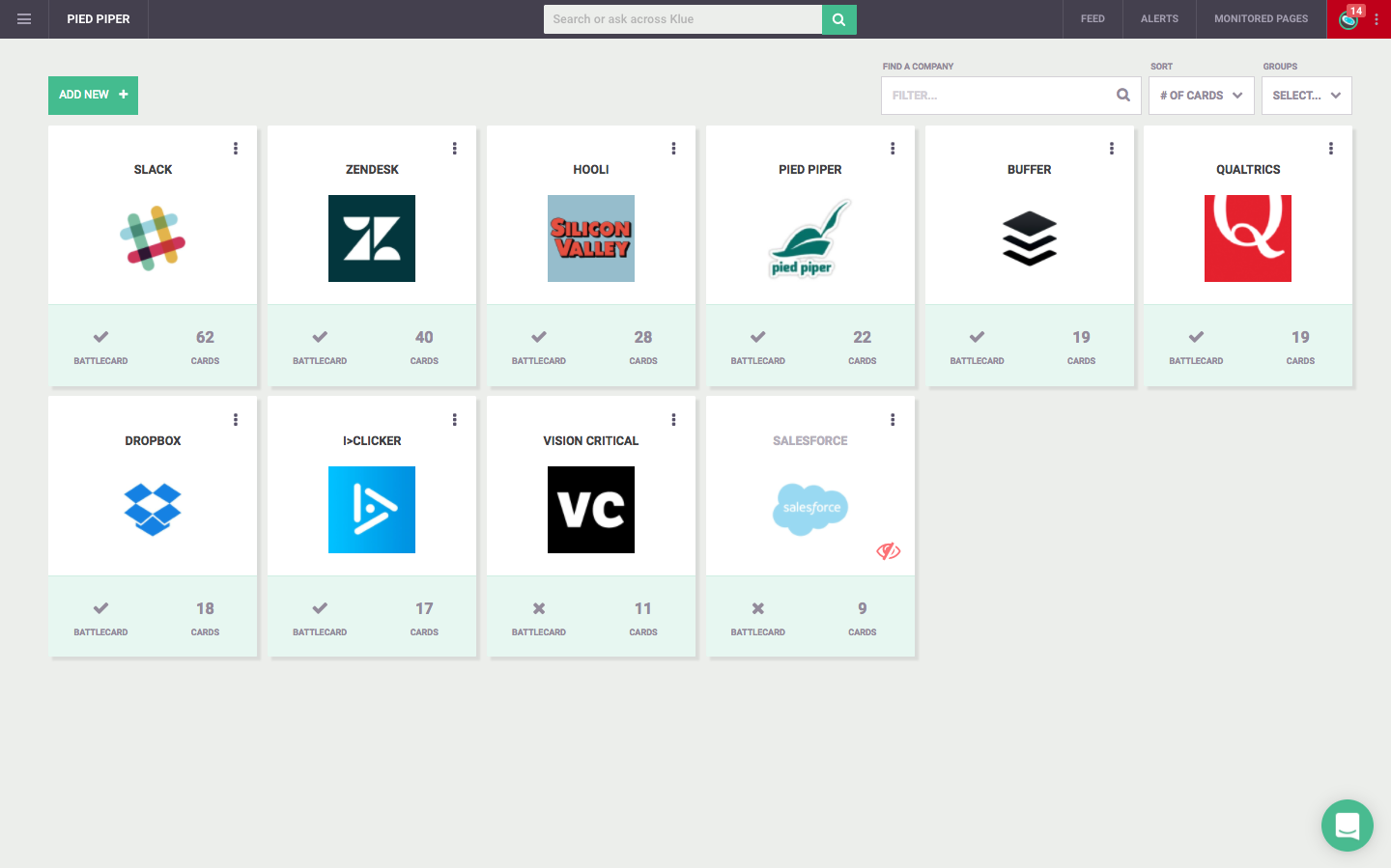 Klue’s Series B funding follows its $15 million Series A round announced in September 2020. The round was led by Craft Ventures with participation from HWVP, existing investors OMERS Ventures, Rhino Ventures and BDC Ventures, along with several angel investors.

In terms of growth, Klue has seen 3x customer growth since its previous funding round. The company has served nearly 400 enterprise clients and more than 110,000 users since its launch in 2017.

“Our vision is for every department of every business to have a relevant, personalized and continuously updated lens into their competitor’s world. This system will be machine- and human-driven, automatically pulling raw intel from your co-workers, internal systems and across the web and curating it into organized, actionable insights,” Smith said.

Regarding future plans, Klue plans to find ways to reduce the burden of collecting intel and also automate insights. The company wants to introduce deeper integrations with enterprise tools like Slack, Salesforce, Gong, Highspot and Gainsights. Klue also plans to launch multi-user, collaborative and security features in the future that will allow users across departments to work independently and collectively within the same system.

The company also sees a future where Klue will support smaller companies with a lighter self-serve product. It also sees itself supporting B2C companies, such as retail and CPG companies that are concerned about competitive pricing, positioning, packaging and distribution.

“We truly see Klue becoming the standard operating system for companies to see and know their competitor’s every move,” Smith said.