BMW couldn’t mark the 50th anniversary of its high-performance M division with any ol’ concept vehicle. Instead, the German automaker tapped into a rock star aesthetic that would make David Lee Roth proud with a plug-in hybrid concept that merges V8 power with next-level M design.

The XM SUV plug-in hybrid concept — suitably codenamed “Rock Star” internally (we’ll get into that later) — is the second M-only vehicle ever.

The XM SUV, which TechCrunch got a peek at earlier this month in Los Angeles, will not end up in the concept car dustbin. After some massaging to comply with regulations, it will go into production in 2022. And according to the automaker, the XM SUV will be pretty close to the outrageous concept shown off in Los Angeles earlier this month. Which is good news for extroverts.

The BMW XM takes cues from the automaker’s SUV lineup and M vehicle legacy, but supplements those designs with bravado. The lines are more aggressive. The rear end of the concept, which has cat-like LED lights, a BMW logo milled into the glass and an M quad-exhaust, is unlike any other vehicle in the automaker’s line. Instead of the pipes situated horizontally, the hexagonal exhaust tips are mounted vertically on either side of a wide diffuser. Up front, the large kidney grilles get their very own LED-outlined treatment.

Everything about the vehicle screams, “Look at me!” — which is exactly what the automaker was going for. 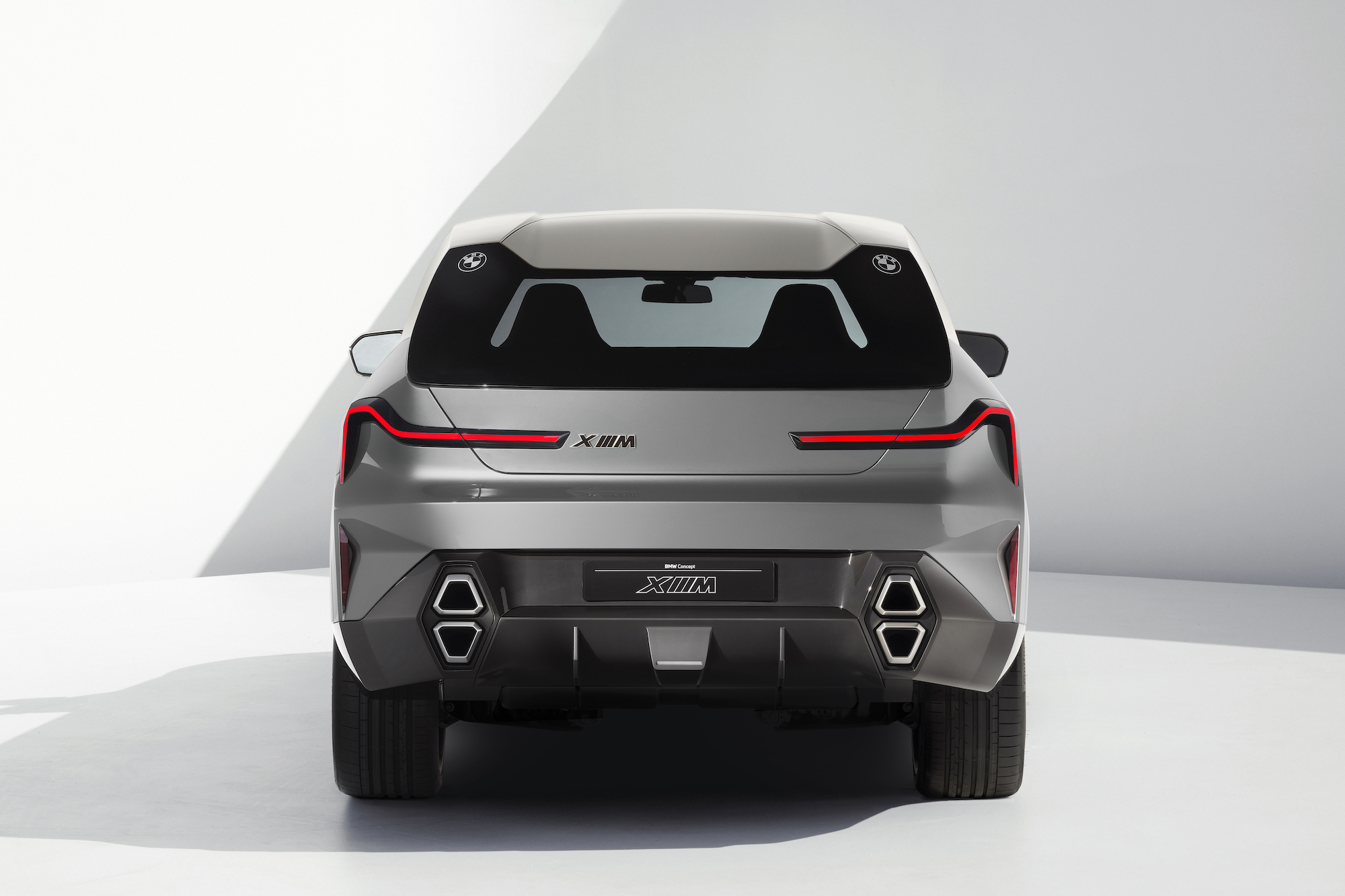 “The feedback from our customers is that they really love our cars. But then the next step is they would like to have even more expressive luxury in the cars,” Franciscus van Meel, chairman of the board of BMW M, said during an unveiling of the vehicle.

These customers, according to BMW, are extroverted, expressive, non-conformists that would likely cross-shop the XM against the Lamborghini Urus and Mercedes G-Class, although BMW hasn’t shared pricing as of yet.

Then there’s the interior, which somehow manages to outshine the “look at me” exterior. 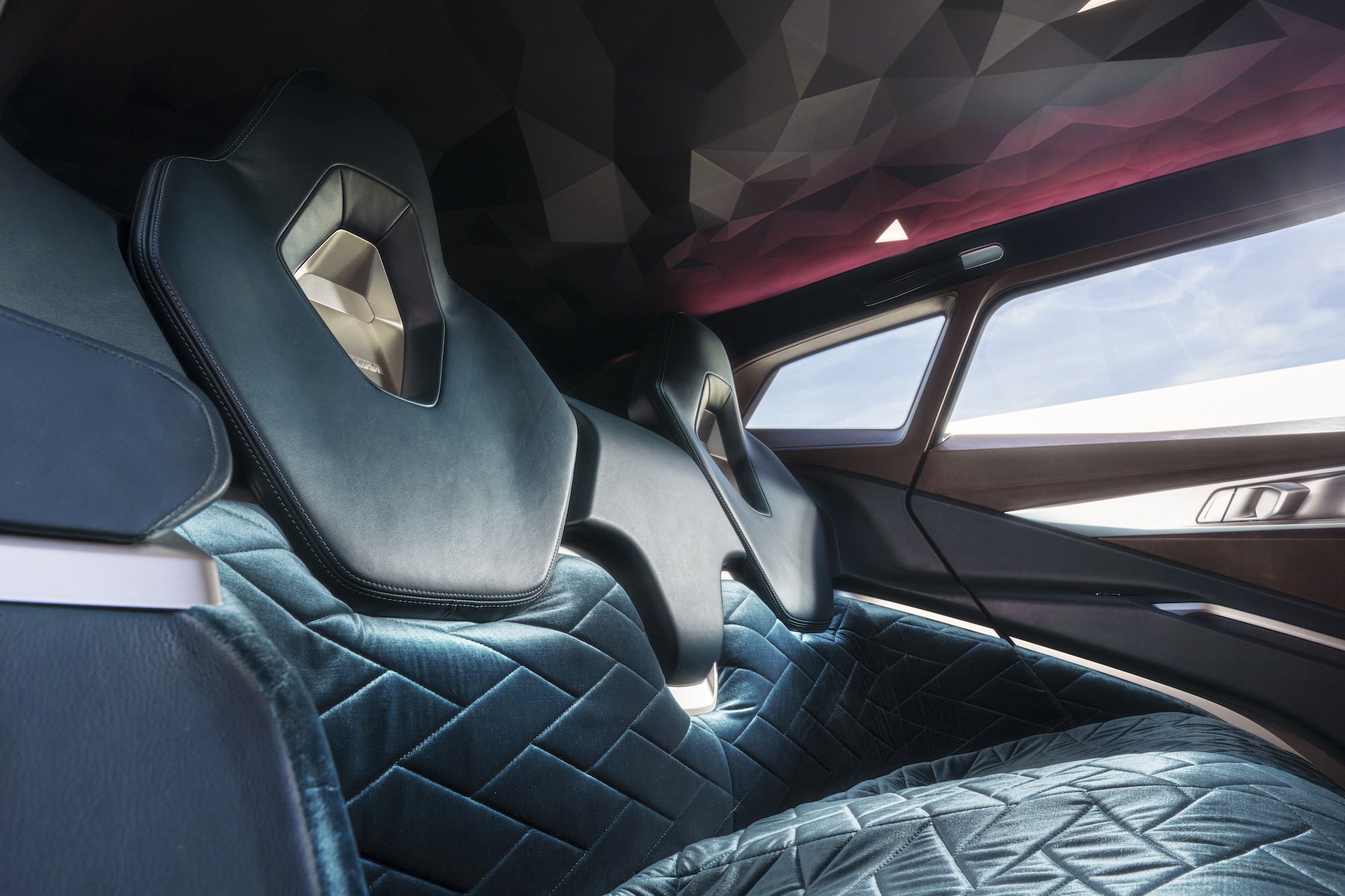 The exterior is essentially a mid-2000s Toyota Camry compared to what’s going on inside. The front row is covered in what BMW calls a “vintage brown” leather and is geared specifically for performance and the driver’s orientation. The rear seat? Imagine Russel Brand’s bedroom and that’s what BMW has done to the XM for rear passengers. The back seat and floor are covered in blue and green velvet respectively meant to convey a lounge. All that’s missing is a lava lamp and a bowl of M&Ms with all the brown ones removed.

Above the driver and passengers is a crystal structure headliner. It’s indirectly illuminated from the sides and when lit up, it really does feel like a piece of art, or at least similar to a laser show of a planetarium.

If BMW can get the lights to sync up to Tame Impala’s latest album, it’s got a winner on its hands with a certain set of music and herbal-supplement fans.

The rolling music club is a merging of the automaker’s V8 and plug-in hybrid technology. Together, the powertrain outputs 750 horsepower and 737 pound-feet of torque. BMW didn’t share information about battery capacity but did say it’s targeting an EPA-tested range of 30 miles in EV-only mode. Not exactly on par with offerings from Toyota. But, more than enough to quietly pull away from the venue without sparking too much interest. Unless of course, anyone notices the design and shiny kidney grilles. 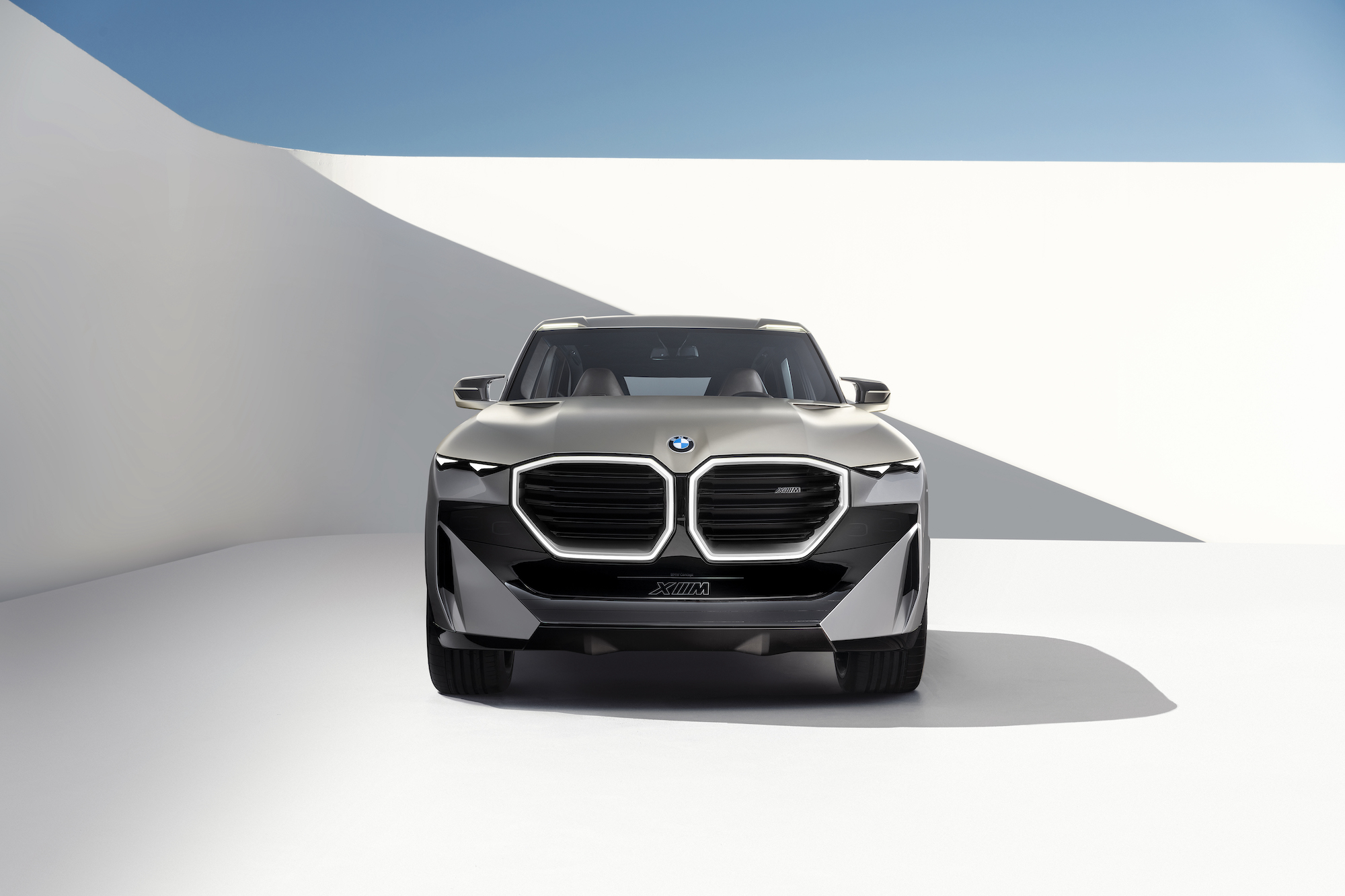 According to the head of BMW M design, Marcus Syring, the XM was always going to be something special. The BMW board specifically asked the designers to shock them with something they weren’t expecting.

“BMW is continuously doing these specific high-tech models and really exploring new areas with the i3 and i8 but also with the iX,” Syring told TechCrunch at the end of the evening. “We are exploring something. It’s the same with that car (XM). It’s very unique and we are trying out new things.”

In an industry that regularly calls on rock stars and their music to help sell a vehicle, BMW’s M division built the vehicle equivalent of former Van Halen frontman David Lee Roth. It’s loud, flamboyant, ready to “bring it,” and at the end of the day, happy to embrace you in velvet.