Despite Apple and Facebook investing billions into a “metaverse” future, in recent years there’s been a distinct drop-off in venture deals for startups focused on finding opportunities in augmented reality. Many VCs who have been burned by investments in large-scale efforts like Magic Leap now see the near-term spoils of augmented reality tech as opportunities largely left for big tech companies, but smaller startups are still finding inroads that appeal to investors.

For London-based Dent Reality, one opportunity is in creating specific small-scale experiences that showcase the powers of the technology — and hyper-localized mapping — starting in venues like grocery stores. In the case of a grocery store, the team’s augmented reality platform can provides shoppers with a small-scale layout of the store’s aisles, while integrating with the store’s database to provide shelf-specific data on where to find particular items. AR capabilities allow users to hold their phone up to chart a path to the object of their desire.

CEO Andrew Hart says that retailers are more broadly interested in finding ways to bring their online toolsets into the experience of real-world shoppers because those personalization tools have grown to make online shoppers much more valuable to them. Dent Reality isn’t specifically a platform for finding things in grocery stores, but Hart says that their high density of products makes them an ideal location to stress test their tech.

“We decided on grocery stores, because it’s the hardest challenge that we could have solved,” Hart tells TechCrunch.

Investors see an opportunity in Dent’s efforts; the London startup has closed a $3.4 million seed round led by Pi Labs, with participation from Sugar Capital and 7Percent Ventures.

Some really exciting AR news – we @DentReality have raised $3.4m to build the digital layer for the physical world!

Here's a demo of what we've built so far… pic.twitter.com/abTReqm6aE

In the years following the launch of Apple’s ARKit augmented reality developer platform, Hart has built up an audience on Twitter showcasing many of the futuristic augmented reality tech demoes he’s created. Dent Reality was an effort to turn some of these future-flung use cases into a present-day tech platform for developers. While smartphones are an imperfect device for augmented reality, they still offer consumers a way to experience and interact with 3D interfaces, which Hart believes will be central to the utility of an upcoming wave of augmented reality glasses devices. 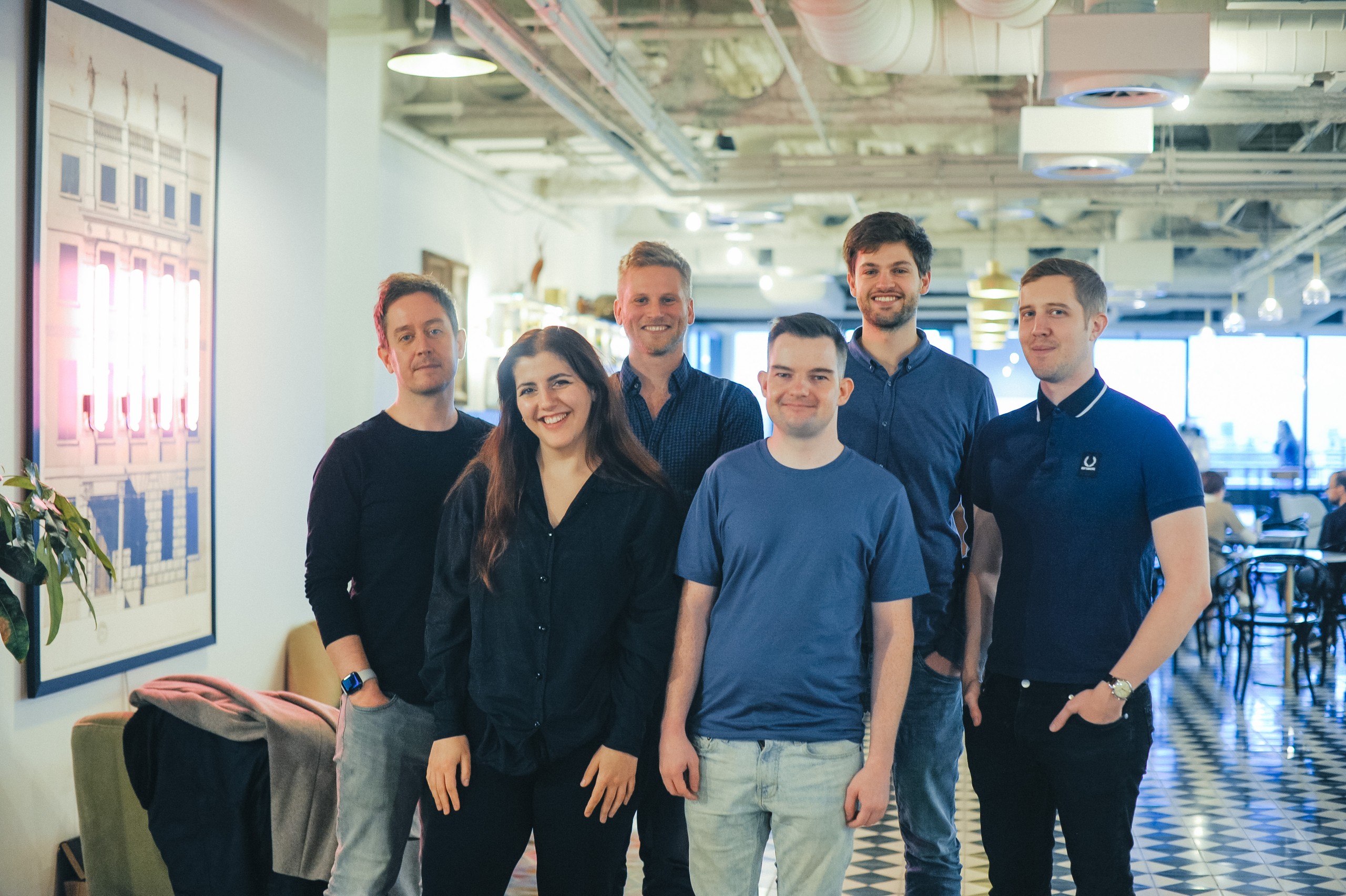 “Interfaces in general have been trapped in 2D and phone screens,” Hart says. “There’s so much opportunity in AR for things we just can’t do with a 2D interface.”