Zoom is great and all, but talking to a lot of two-dimensional humans on computer screens is hardly the future we were all dreaming of. PORTL agrees, and under the catchy slogan “if you can’t be there, beam there,” has carved out a new slice of the market, where you can holographically teleport your image to anywhere in the world. The company just announced that it teleported a 220-foot stack of $20 bills from a number of investors’ bank accounts to its own. Yes, $12 million dollars in $20 dollar bills is around 220 feet tall. We can only presume that the participants in the investment round — led by True Capital — chose to wire the money instead of showing up with a steamer trunk worth of cash.

“CEOs, brands, universities, as well as crypto artists, are all using PORTL to connect and communicate in entirely new ways. PORTL is going to change the way we work, learn and play forever,” said David Nussbaum, founder, inventor and CEO of PORTL. “We’re very lucky to have investors who see the vision as well.”

PORTL currently employs a team of around 40, half of whom are on the engineering side. The company has sold around 100 full-size PORTLs (called the Epic), and has a number it is renting out for more ad hoc installations and campaigns, as well. In addition, the company is about to release its PORTL Mini, which is a much smaller device designed for desktop use. To date, the product has found itself a diverse set of use cases for its full, human-size volumetric 4K resolution holographic projection product. PORTLs can be found in more than 20 countries around the world.

“Right now, it’s being used by educators. We’re in the University of Central Florida, so educators can train future healthcare providers how to treat and diagnose patients remotely. It’s also being used in sports stadiums so athletes can come and talk to the fans. And it is being used as a communications tool by lots of companies right now,” explains Nussbaum. “Several of the world’s largest retailers have purchased PORTLs for pilot programs. Imagine walking into a store, and walking up to a PORTL. There’s no mannequin, but instead you can choose any article of clothing in the store, shown on a virtual mannequin with your body size and shape. We are also used as virtual assistants, corporate communications and much more. In entertainment, we are finding success with our rentals. We have Netflix, HBO, etc. — they hire us to put a PORTL inside of their booth at a tradeshow to draw a crowd.”

Quavo and Marshawn Lynch in PORTL Epics, with David Nussbaum, PORTL’s CEO and founder, in the foreground. Image Credits: PORTL

In the year since the seed round, PORTL collected a slew of rewards and accolades. Reuters named PORTL the No. 1 innovation at Mobile World Congress 2021 Barcelona, and more recently, the company was shortlisted for three of the CES Innovation Awards for 2022. With the fresh $12 million injection of cash, the company is eager to start growing more aggressively.

“Bringing Tim Draper on for our seed round was a huge win — he is a legend in the ‘getting things right’ space. He has a very high winning percentage, and when he said ‘you’re the next one,’ it unlocked a lot of things for us. Getting Tim made it a lot easier to get everybody else, because he’s such a master,” said Nussbaum. “Tim Draper came back for our Series A, which further helped galvanize the round. True Capital came in at the tail end of the previous round. For our Series A, they came back and led the round.”

The fundraising sets the company up for the next part of its growth. PORTL’s CEO has some grand plans for what happens next, which he shared when I challenged him to imagine a world 10 years from now, where everything goes to plan for the company.

“There will be a PORTL Mini in every home. There will be a PORTL Epic — the large-sized one — in every conference room. I believe PORTL is not just a communications platform, this is a broadcast channel. I believe in 10 years there will be a future where we’re changing the way people broadcast, communicate and, yes, even travel. I think there’s going to be one in every train station and airport and retail location, on every coffee table and every medical center, every school and conference room,” Nussbaum shares his vision. “We’re designing hardware, but we are really a software and technology company that uses the hardware as a way of receiving. And because of our Series A and future rounds, we’ll be able to put this money invested into the technology and push the boundaries of what is possible. The stuff you saw in Star Trek will be here  a lot sooner than we all believe.” 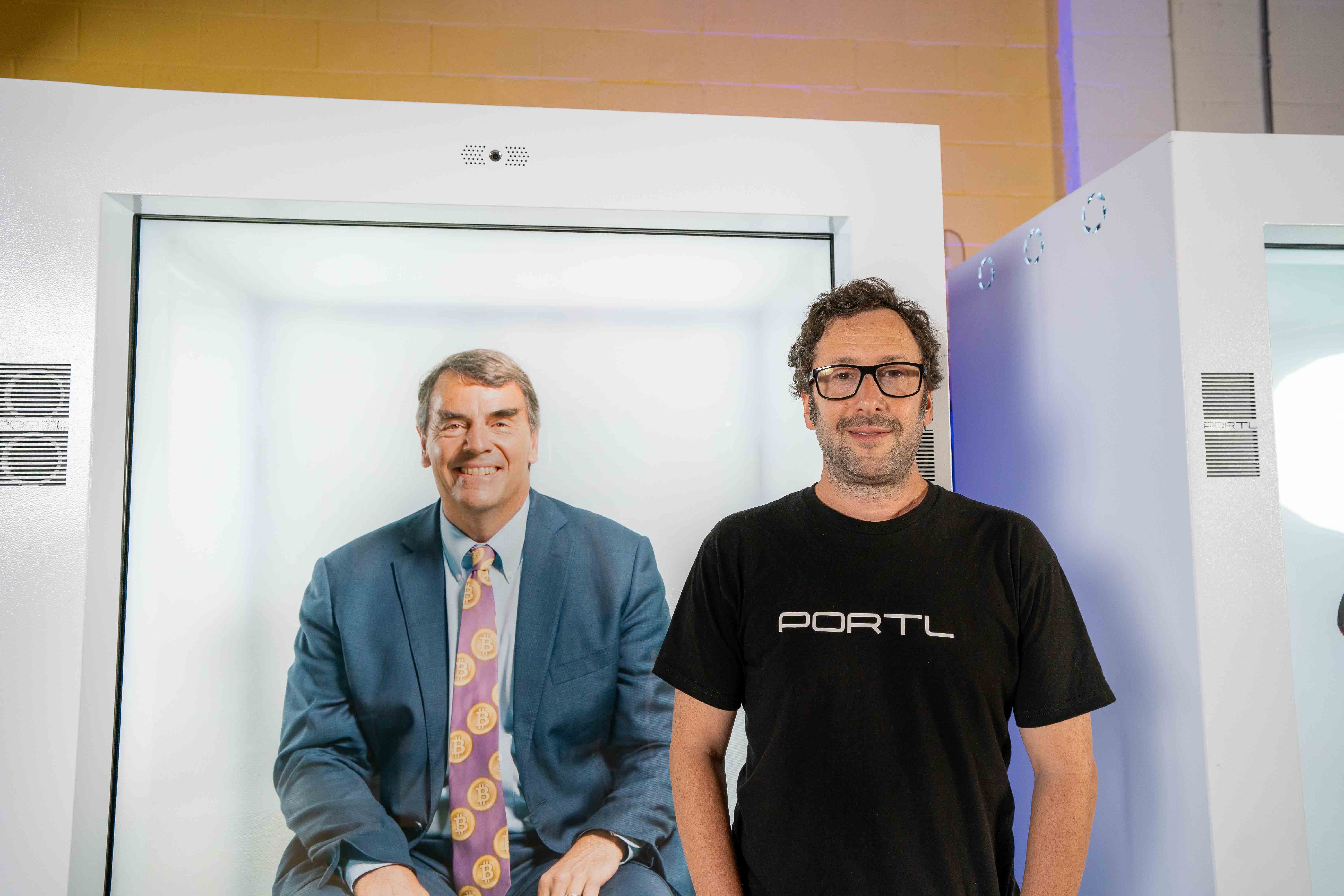 As with most companies raising a round of finance, the company is going on a hiring spree, both on the engineering and the sales/operations side of the company.

“It was about a year ago when a business partner told me I needed to fly to LA to see PORTL’s technology right now. So, I did, and I knew I was staring into the future. I kept going down to LA for PORTL demos, and each time, I would bring someone new with me to see it. Dante Exum was first to see it, and then RGIII. I then introduced it to Quavo and he called me the next day and said ‘I want to drop our next album by being live in different cities, and at the same time.’ PORTL made that happen. I knew the way we communicate and consume content was going to change forever,” said True Capital Management co-founder and CEO Doug Raetz. “Our clients love technology — and especially technology that they believe in and would use personally. I thought they would all get excited about this, and indeed they all did. Once I learned about the incredible team behind PORTL, and the vision to scale the business, I was all in.”