Facebook, errr Meta, showed off a new prototype haptic feedback glove yesterday, which they detailed could eventually bring a new generation of AR/VR users closer than they’ve ever been to digital content. Today, a VR startup with that same mission called HaptX (which we’ve covered here before) released a fairly aggressive statement accusing Meta of showing off a prototype that was “substantively identical” to their own patented technology.

The statement from HaptX CEO Jake Rubin further detailed that his startup has shown off their technology over the years to “many engineers, researchers, and executives from Meta,” and that they were not consulted by the company on this latest project. “While we have not yet heard from Meta, we look forward to working with them to reach a fair and equitable arrangement that addresses our concerns and enables them to incorporate our innovative technology into their future consumer products,” Rubin notes. 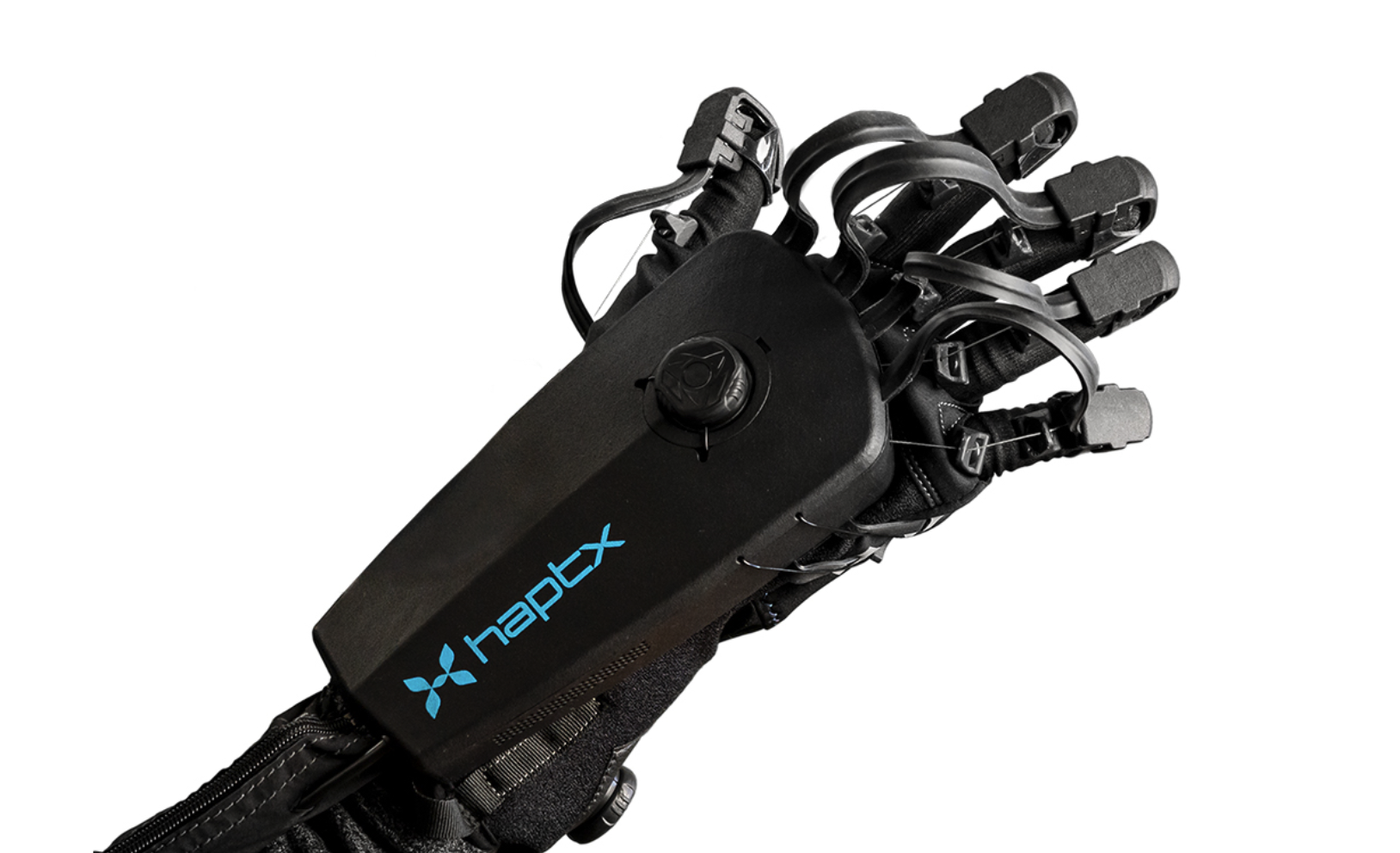 Both HaptX and the recently unveiled Meta prototype use a technology called microfluidic feedback. While your phone or game controller have haptic feedback that uses small motors to simulate buzzing or rumbling, when it comes to simulating deeper sensations across a user’s entire hand, microfludic feedback behave differently using actuators that control airflow through a network of tubes in a way that can sophisticatedly mimic sensations associated with picking up objects or even feeling unique textures that are all rendered digitally.

Facebook has also showcased a number of AR/VR prototypes over the years showcasing complex technologies that often don’t end up making their way to the final products but test the cutting edge of a certain technology. HaptX has been building haptic-feedback gloves for enterprise clients for years miniaturizing the tech that has required a backpack-sized pneumatic box that helps manage the sensory feedback of the gloves. It’s still a very complicated technology that is probably many years of development away from reaching the same mainstream audience that Facebook, now Meta, has been pursuing with the Quest 2.

It’s clear that Meta’s team has also made some substantial advances to the technology. In their research blog post, Meta detailed that they had created “the world’s first high-speed microfluidic processor,” a chipset in the glove that controls these feedback controls. One of the company’s researchers detailed that his “goal is to invent soft, lightweight haptic gloves that address both sides of the AR/VR interaction problem — helping the computer to accurately understand and reflect the wearer’s hand movements, and reproducing a range of complex, nuanced sensations for the wearer such as pressure, texture, and vibration to create the effect of feeling a virtual object with your hands.”

Facebook has taken plenty of criticism over the years from startups who say their products were unfairly copied by the major tech giant. They have also garnered some major scrutiny from regulators who say they’ve engaged in anti-competitive behavior.

Over the last decade, HaptX has pioneered the field of microfluidic haptic feedback. Our award-winning technology has been widely covered in the popular and technology press, and we’ve worked tirelessly to develop and promote the unique benefits of microfluidics as an approach to high-fidelity haptic feedback. With the longstanding dedication of our engineers, developers, and investors, we have also secured an industry-leading patent portfolio to protect our technology and products.

In interacting with other companies in the VR industry, we have always believed that cooperation is paramount to the development of the industry as a whole. Over the years, we’ve hosted many engineers, researchers, and executives from Meta to demonstrate our groundbreaking haptic technology.

Today, Meta announced their own prototype microfluidic haptic feedback glove. The core components of this prototype, including the silicone-based microfluidic tactile feedback laminate and pneumatic control architecture, appear to be substantively identical to HaptX’s patented technology. We welcome interest and competition in the field of microfluidic haptics; however, competition must be fair for the industry to thrive.

While we have not yet heard from Meta, we look forward to working with them to reach a fair and equitable arrangement that addresses our concerns and enables them to incorporate our innovative technology into their future consumer products.

HaptX grabs $12 million to build a glove crammed with sensors