Instacart delivery workers who are within the area of an incident will see the alert in the Shopper app so they can assess the situation and potentially avoid the area. If a delivery worker is in the middle of an order, the app will automatically pause the order. Instacart says it will assess incidents and may pause operations altogether in specific regions if they pose a risk to its workers. 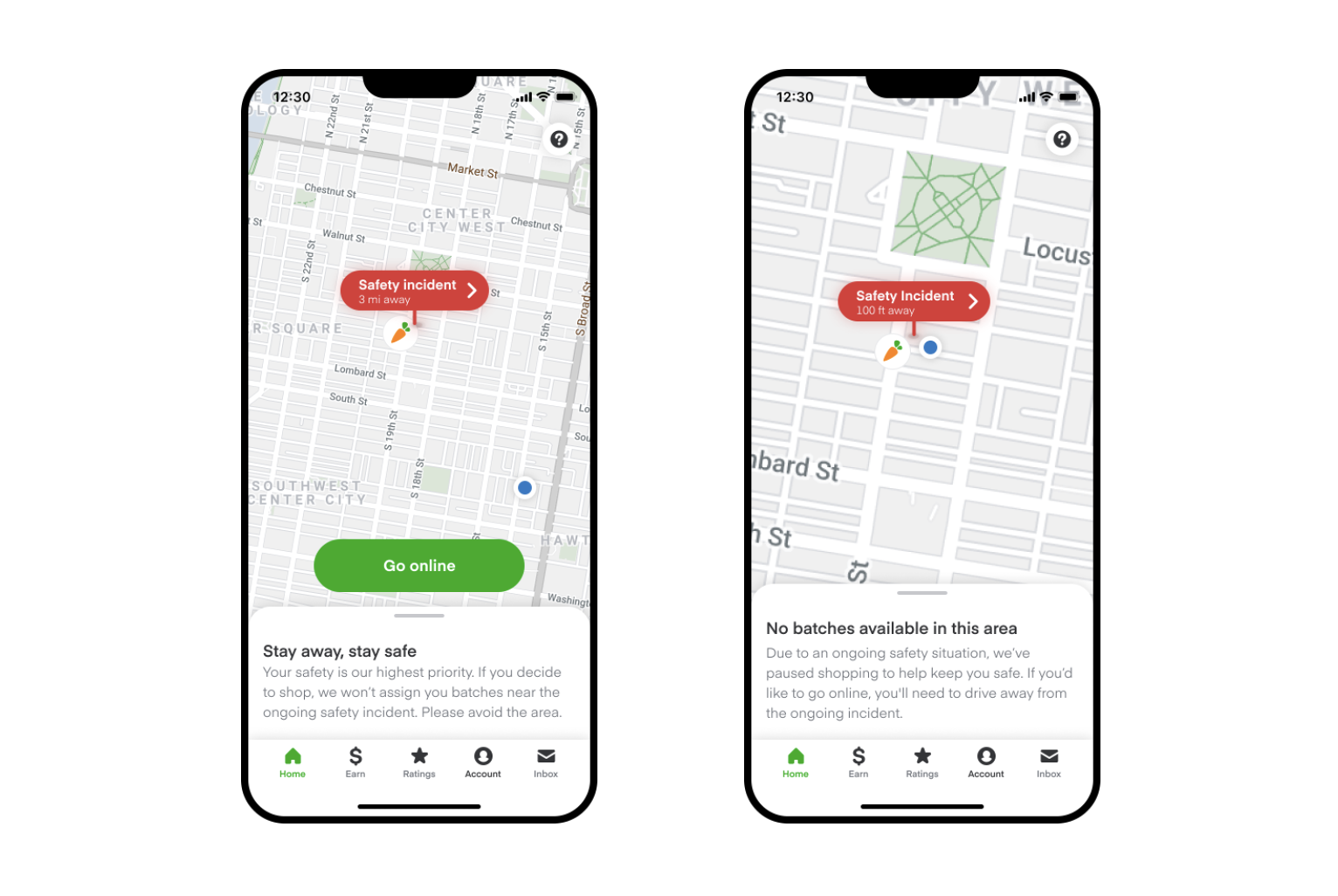 Instacart has also launched new optional safety lessons that provide delivery workers with information on best practices regarding shopping, driving and delivering. The lessons include an overview of Instacart’s shopper and community guidelines and information on how to report an incident in the Shopper app.

The company’s new safety features come a few days after it rolled out a new delivery option, which will reduce or waive the delivery fee on orders placed more than 24 hours ahead of the scheduled delivery. It also introduced a new deals tab and a dollar store hub.

Although it’s clear that Instacart has been focused on enhancing its platform with new features, the company’s recent acquisitions also signal its plans to branch out into retail technology as well. Last month, Instacart acquired Caper AI, a smart cart and instant checkout startup, for $350 million, and FoodStorm, a SaaS order management system (OMS), for an undisclosed amount.