Porsche saved the versatile and performance-focused GTS for its last two variants of the all-electric Taycan.

The German automaker unveiled the Taycan GTS sedan and a new third body style called the Taycan GTS Sport Turismo in an event Tuesday evening ahead of the Los Angeles Auto Show, rounding out the robust Taycan vehicle portfolio. The reveal of the two Taycan variants caps Porsche’s biggest bet in more than a generation. The company invested more than $1 billion into the development of the four-door Taycan, which was unveiled in fall 2019.  Since then, Porsche has taken the Taycan down the all-electric wagon trail with the Cross Turismo.

With these two final variants, there are now 10 in all, including rear-wheel drive Taycan, 4, 4S, Turbo and Turbo S versions of the sedan and Cross Turismo. But it’s the Taycan GTS variants, which feature custom calibration and tuning for stiffer and faster reacting performance, that might make the biggest splash with customers when U.S. deliveries start in the second quarter of 2022. 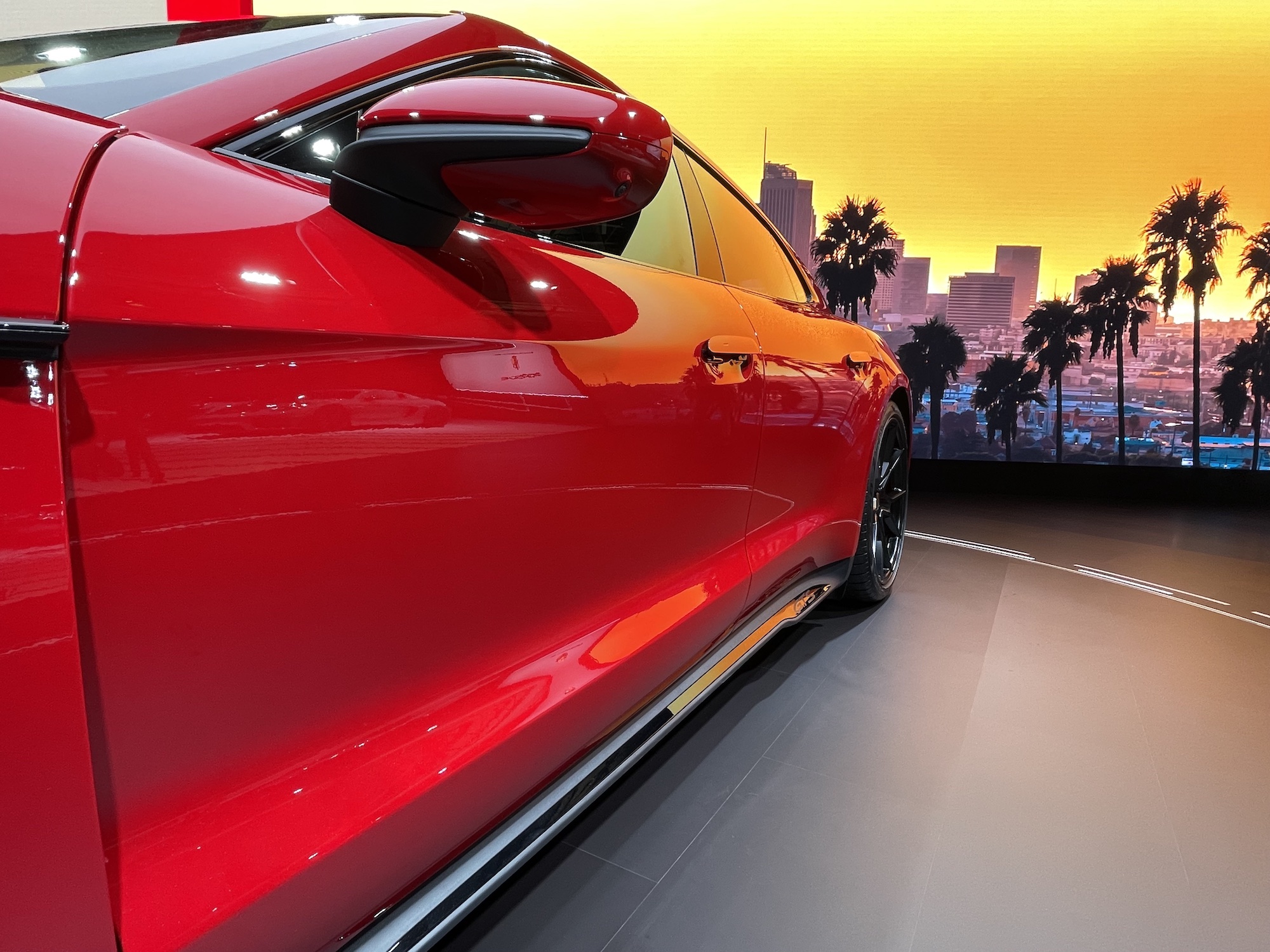 Ten variants of the Taycan is a lot. And yet Porsche North America CEO Kjell Gruner says it fits with the company’s mission of fulfilling individual customer demand.

Now that the multivariant strategy of the Taycan has played out, Porsche will apply the same clean sheet approach to its next “electric baby,” as Gruner put it. That next EV is the Macan, which will be the first Porsche to be built on its Premium Platform Electric platform. The electric Macan is planned for 2023.

Back to the Taycan GTS

The GTS version of the Taycan has a different front fascia, side skirts and side window trim in a high-gloss black as well as headlights tinted in black. GTS logos are abundant on this Taycan, including on the rear and side skirts.

Inside, customers will find the same infotainment system in the other variants, which includes the multiscreen dashboard that includes a few details inspired by the 1963 Porsche 911. Apple CarPlay and Android Auto, the in-car platform that brings the look and functions of a smartphone to the vehicle’s central screen, are in the GTS just like the other versions as well other features like automatic climate control and a charging planner.

The Taycan GTS Sport Turismo — a mashup between Taycan Cross Turismo wagon and Taycan sedan — is the notable stand out with the rear spoiler painted to match the body color and no cladding on the wheel arches. The Sport Turismo has the same silhouette as the Cross Turismo wagon and storage space. But it has the lower ride height of the Taycan sedan, giving it a racier, performance-minded look — and feel. 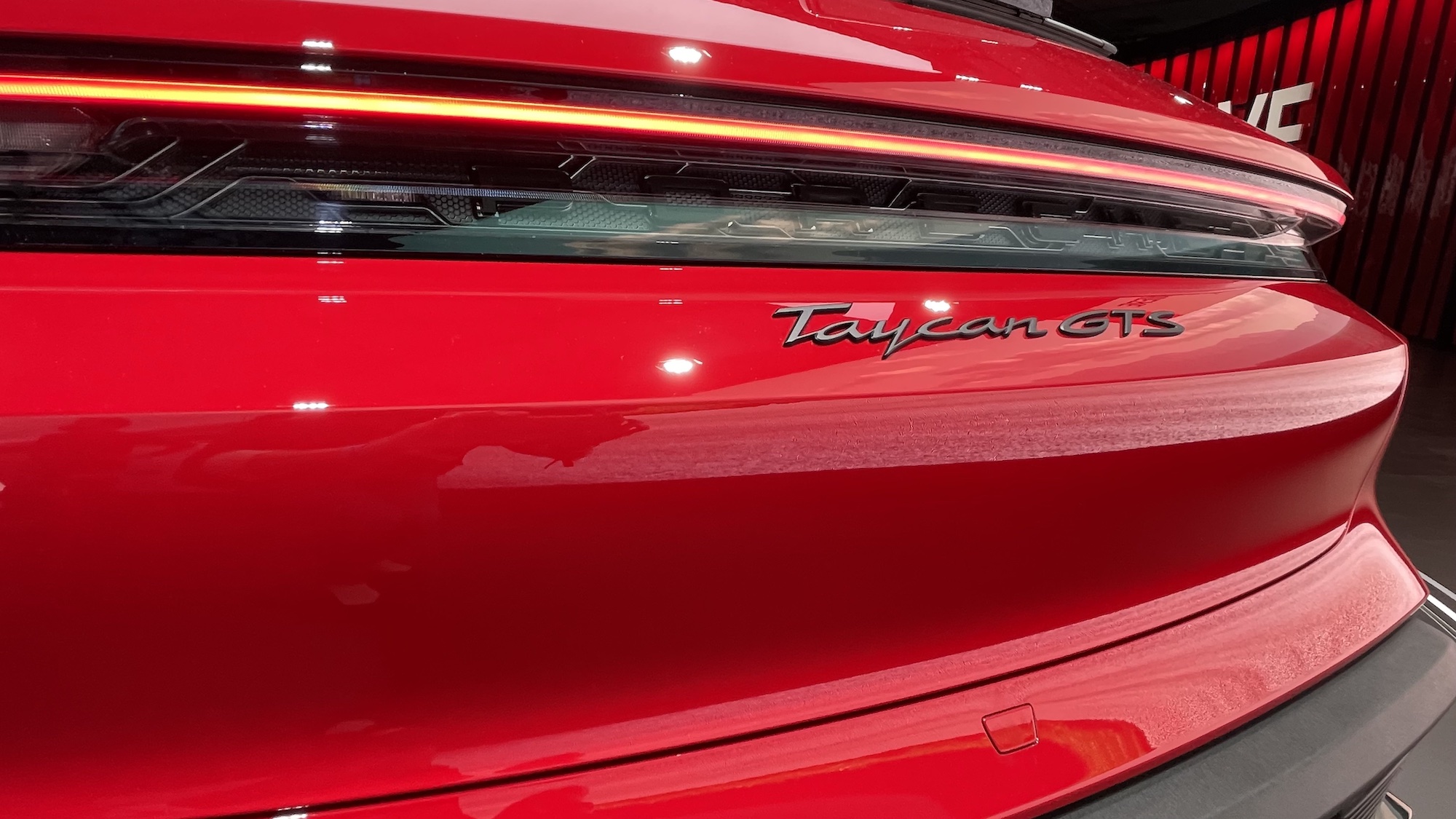 Notably, Porsche is introducing a new panoramic roof in the GTS that the driver or passenger can adjust how much light comes through. The roof has nine liquid crystal film segments in the roof, sort of like a digital clock. Each segment is electrically isolated. When it’s charged that segment becomes opaque. Users can pick from four preset patterns: clear, matte, 40% and 60%. When the vehicle is switched off, the roof automatically switches to matte. The system also remembers the previous setting and when the vehicle is turned on will revert to whatever the driver previously chose. 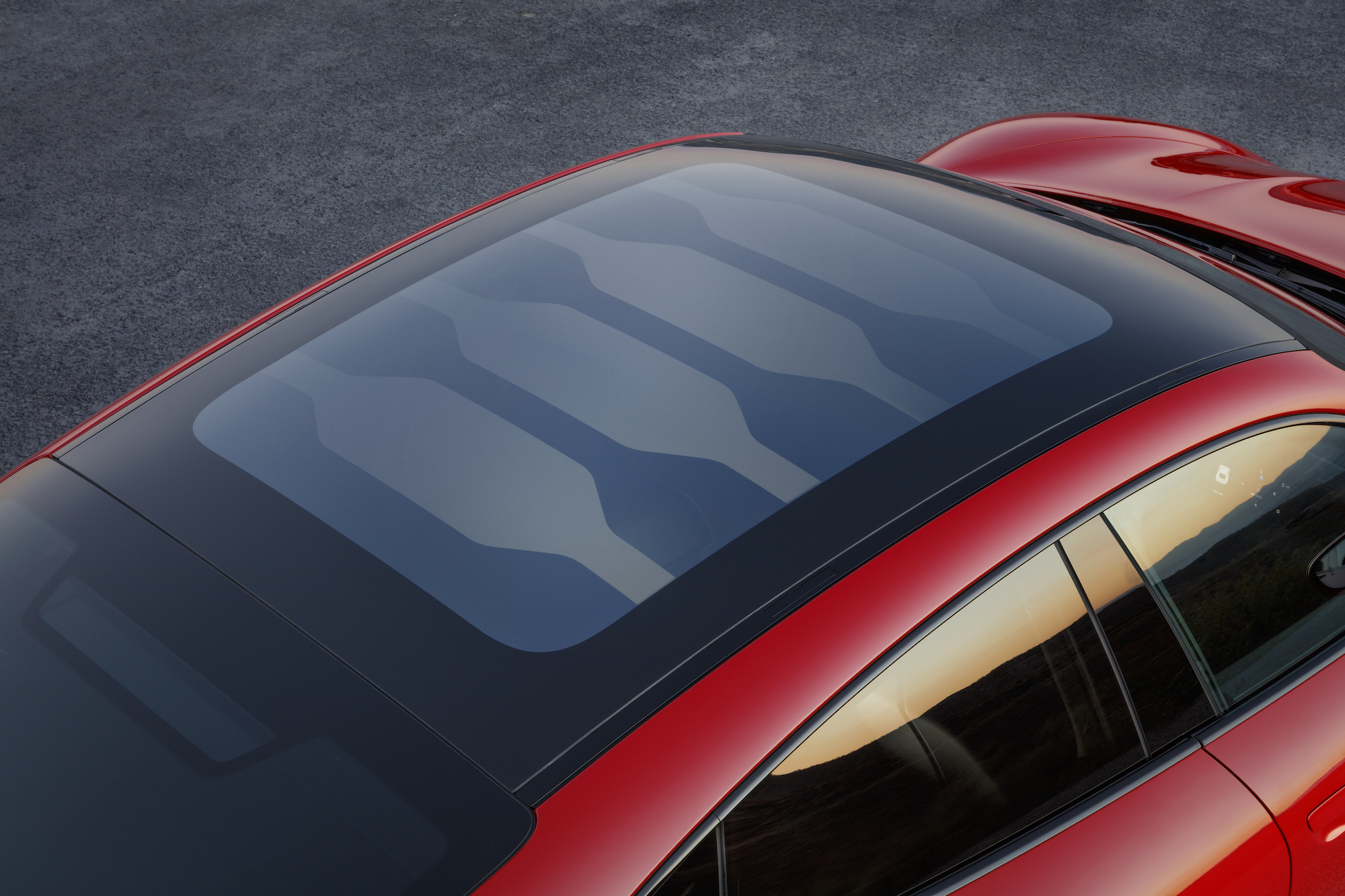 While the Taycan GTS sedan and GTS Sport Turismo have distinct differences — one is a low-slung wagon, after all — there is quite a bit that they share. Both vehicles have the same permanent magnet single-speed front motor, larger permanent magnet rear motor and two-speed rear transmission and can accelerate from 0 to 60 in 3.5 seconds.

They come standard with the 93.4 kWh battery and an 800-volt architecture that allows for charging at speeds of up to 270 kilowatts. This means the vehicle can charge from 5% to 80% in 22.5 minutes.

The GTS sits between the Taycan 4S and the Taycan Turbo, in terms of pricing and power (total output will be 590 horsepower with its branded launch control feature). The Taycan GTS sedan starts at $131,400 and the Taycan GTS Sport Turismo comes in a skosh higher at $133,300. Neither price includes $1,350 delivery, processing and handling fees.

And while Porsche has yet to release range estimates, the GTS will likely have a range somewhere between the 4S and the Turbo as well, putting it between 227 and 212 miles.