GlossGenius, a technology provider for the spa, studio and salon industry, announced today it has raised $16.4 million in a Series A funding round led by Bessemer Venture Partners.

With “tens of thousands” of business customers (two-thirds of which are women or underrepresented), GlossGenius recently surpassed $1 billion in gross merchandise volume. Now the B2B software startup has also transitioned into payments as a fintech hardware provider for the beauty and wellness industry with the development of a card reader that integrates with its app.

Put simply, GlossGenius aims to be a “Business in a box” solution for salon, spa and studio owners. The end goal is to remove the administrative burden from the small business owners so they can focus more on growing their businesses.

“What’s so special about what we’re doing is that we are connecting the dots for business owners across their whole entire back office on GlossGenius,” said founder and CEO Danielle Cohen-Shohet. “And what that means is everything is there for them. Everything is accessible.”

A former Goldman Sachs analyst, Cohen-Shohet launched the New York-based startup in 2016. GlossGenius had previously raised $2.8 million in pre-seed and seed funding from angels and Techstars but then bootstrapped for five years before seeking more outside capital.

“The early focus on bootstrapping helped us be maniacally focused on product market fit and revenue generation and helped business have a strong start,” Cohen-Shohet told TechCrunch. “For much of the time, the business was revenue-financed.”

Its new card readers sold out in 24 hours initially and have gone viral on social media among the salon community, according to Cohen-Shohet.

“They plug right into the GlossGenius ecosystem and enable any business to seamlessly track all of the transactions, level data and categorize expenses,” she said. “They can also track client visits, history and revenue in a very integrated way.” 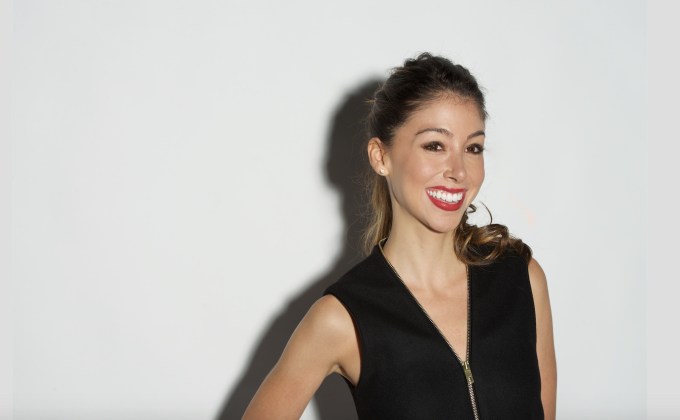 While some companies are opting to go horizontal, GlossGenius touts its vertical SaaS approach as being key to its success — an approach that Cohen-Shohet likens to Toast.

“The recent and successful IPO of Toast has only reinforced that vertical software is here to stay. Small businesses have specific needs and need technology built just for them to be successful,” she said. “It isn’t one size fits all. I think we’re in the middle of a renaissance for SMB tech.”

For now, GlossGenius is focused on growth over profitability. It plans to use its new capital mostly toward expansion and creating “unique product experiences that help extract the burden of running a business.” The startup is also looking to boost its 100-person team.

What’s fascinating about GlossGenius is that it has managed to surpass $1 billion in GMV with a zero-person sales team. All of its growth has been driven primarily by word of mouth, according to Cohen-Shohet. Part of the new capital will go toward building a marketing team.

Kent Bennett, partner at Bessemer Venture Partners, said his firm was amazed to see the “true customer love” for the GlossGenius product.

The startup, he told TechCrunch, is “one of the few efficient hyper-growth companies that is succeeding through organic adoption among small businesses.”

“Unlike other solutions that tend to focus on business managers with a top-down approach, GlossGenius focuses first on serving the needs of service professionals that are running their businesses, helping them deliver the best possible client service in a convenient, mobile-first platform,” Bennett wrote via email. “This superior functionality leads to bottom-up driven success for businesses of any size in the beauty and wellness industry.”