Cognixion, a startup designing an intuitive brain-monitoring headset and interface for people with physical disabilities, has raised a $12M A round to pursue its accessibility ambitions. Armed with this funding, it should be able to complete the long list of requirements necessary for any medical or assistive device to be made widely available.

The company, which I covered in detail in May, makes a headset that uses electroencephalography to detect certain patterns of brain activity, which are then used to guide a cursor and navigate a full-featured interface. It uses an iPhone as its own “brain” and for a display, and connects to accessories like speakers and accessibility devices so that the user can do everything they need to in a single UI.

The advance it’s all built on is a new type of (non-invasive) electrode and a machine learning system that quickly interprets the signals produced by the ones embedded in the headset. While EEGs are useful, they are generally slow and noisy, but Cognixion’s approach makes them quick and relatively precise — enough that a person can reliably navigate a modern UI using their brain.

It’s meant for people with physical disabilities serious enough that a joystick, gaze-tracking device or other common accessibility options aren’t possible. Options for people in that condition are few and far between and those that are available are slow and tedious to use.

Since coming out of stealth mode Cognixion has been hard at work on the various tasks associated with putting an assistive device on the market. While the company has done some pilot tests with early adopters, it needs more to justify the kind of clearance it needs to be covered by insurance, Medicaid and so on, not to mention getting to the level where caregivers are comfortable recommending the device.

“The two big themes recently have been in the areas of clinical and regulatory work as well as optimization and efficiency,” said CEO and co-founder Andreas Forsland. “We have a group of almost 150 users, clinicians and caregivers involved as an advisory council in all of our development processes so we’re constantly getting very rich feedback from that group. We’ve already iterated many times on the hardware but are quickly approaching a final design; moving beyond that, a lot of the rapid improvements we’re seeing right now focus on the user interface and language system design.”

Two new features in particular are underway. First, a predictive speech algorithm that will help users piece together full sentences quickly and adapt to their particular needs. Second is direct Alexa integration. Cognixion has been working with Amazon to empower and integrate into the headset as a true smart device hub not merely a tunnel for common voice commands or queries. 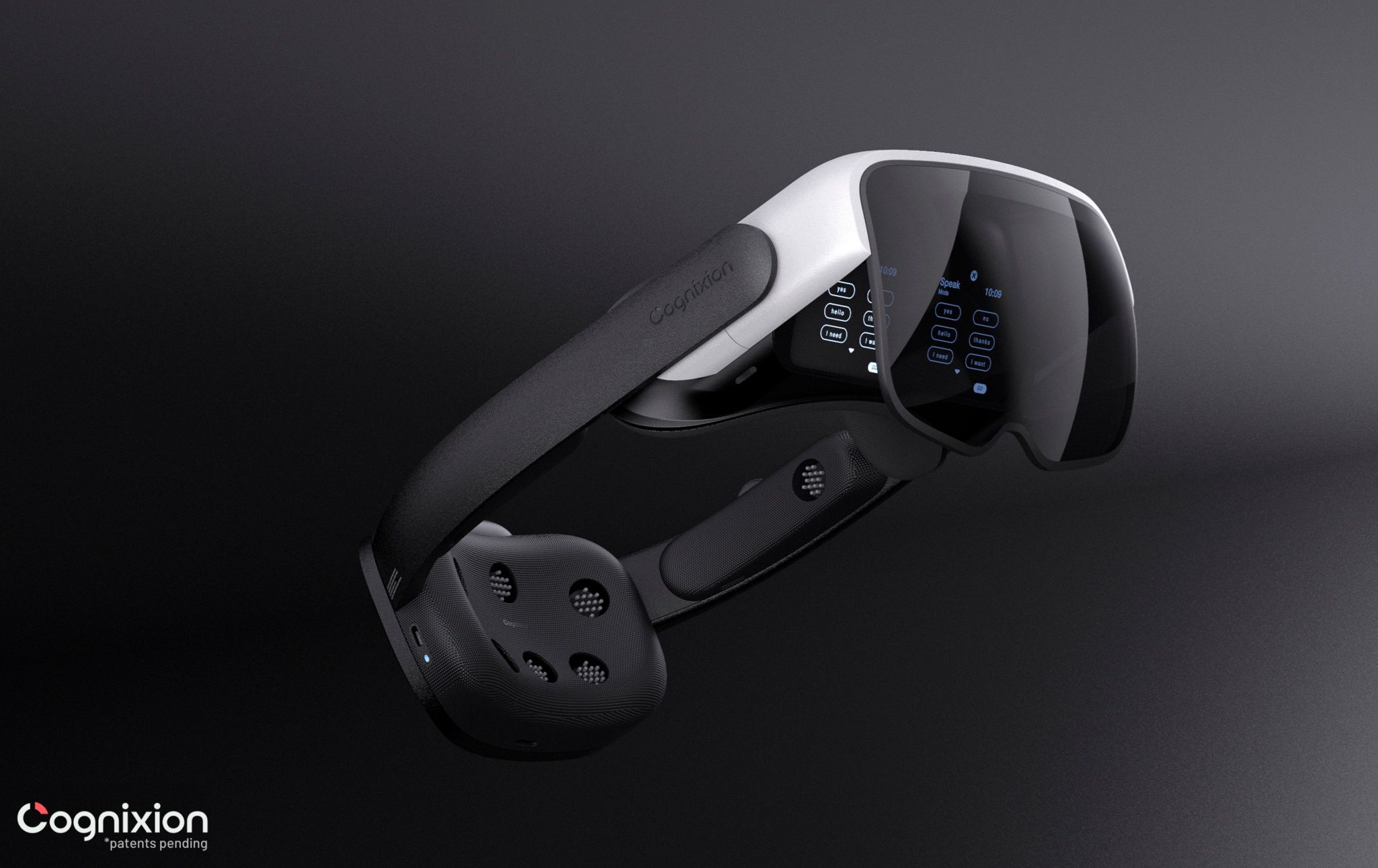 “We’re incredibly grateful to Amazon’s Alexa team for their support through this process, and to Amazon generally for granting the exceptions needed for us to get this done,” Forsland said. “The context on it is important; right now there aren’t any augmentative communication tools or even anything in assistive technology generally that interface directly with home automation tools. So it’s a huge first for the accessibility industry, but also a first in terms of universal design in general.”

The $12 million round was led by Prime Movers Lab, with participation by Northwell Health, Amazon Alexa Fund and Volta Circle.

“You would think that Cognixion ONE is something out of science fiction if it didn’t already exist,” said Primer Movers Lab GP Amy Kruse in the company’s press release. “We believe that it will be a fundamentally life-changing and integral blend of an AI software platform with hardware to assist people of all ages who live with speech and motor disabilities, including cerebral palsy, brainstem stroke, ALS and many other conditions.”

While it’ll still be a bit before the ONE headset is available for purchase, Forsland said they’ve lined up a reseller and distributor already that works with practically every research university out there. Things are looking good for this innovative approach to accessibility and hopefully soon it will be on the heads of anyone who needs it.