Facily, a São Paulo-based social commerce marketplace, has quietly raised over $366 million in funding across four different rounds over the last year.

Most recently, Facily closed on a $250 million Series D that was led by DX Ventures and Berlin-based Delivery Hero, with Citius as co-anchor investor. That investment values the startup at $850 million.

None of the financings had been previously announced and all were raised over the past 12 months. The company said its sales volumes grew 43x from January to September. In October alone, Facily delivered more than 7 million items.

And now, sources close to the company say Facily is raising even more money that would push its valuation to north of $1 billion.

Diego Dzodan, Luciano Freitas and Vitor Zaninotto founded Facily in 2018 with a mission of “eliminating the barriers of traditional e-commerce to provide low-income populations in Brazil and throughout Latin America better access to affordable products.”

Put more simply, Facily aims to provide a more inclusive e-commerce experience that pays producers more and “sells cheaper” to those who buy products via its gamified app, which connects consumers to the best prices through group purchases. It says it’s making it easier for lower-income populations to shop online by providing pickup points across the cities in which it operates and offering a variety of payment options — from bank transfer to cash, with no shipping charges. The model is interesting because like most of Latin America, Brazilians are largely unbanked or underbanked. So the ability to make online purchases without having to use a credit or debit card opens the door for many people who previously could not shop online and likely were paying higher costs for the same products in person.

Facily co-founder and CEO Dzodan points out that about 85% of the Brazilian population are considered low income.

“Consumers in these sectors spend an average of 65% of their family income on food and so far have been practically excluded from traditional e-commerce,” he said. “Facily attends this need, with most of our users shopping online for the first time.”

As such, the company believes that it is at the beginning of its market opportunity.

The startup declined to reveal hard revenue figures, saying only that it has experienced “exponential monthly growth” over the last year. It credits an asset-light business model and logistics network as factors behind its success.

It plans to use its new capital on its national expansion, to attract new partners to sell on its site, increased technology investments, logistical intelligence and on “enhancing” its customer experience. 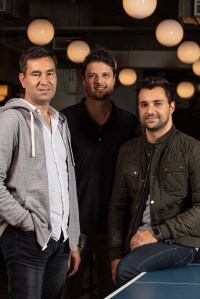 “From early visits with farmers who produce fresh goods for Facily, to more recent warehouse visits, I’ve been incredibly impressed by Facily’s vision of a Brazil where it can be affordable to buy the things your family needs and profitable to produce them,” said Jonathan Whittle, co-founder and managing partner at Quona, which co-led the Series A, in a statement. “There is incredible potential here and we are delighted to support this extraordinary team.”

Luxor Capital’s Jon Green agrees, noting that his firm sees in Facily a complete service that still much potential to grow and expand.

“There are a large number of Brazilians who are not involved in e-commerce and who will be able to save by migrating to this new group buying model brought by Facily,” he said.