SOS already has a number of vending machines in the wild, dotted around the map in its native Boston. The company just closed a $3.4 million round to expand its offering of health and wellness products in vending machines in bathrooms. The vending machines are touch screens that also double as a “visually rich advertising and marketing platform,” just in case you were getting nervous at the desperate shortage of advertising in the world around us.

The latest round was led by the cleverly named For Later, which is the investment arm of Boston-based retail incubator For Now. Also participating in the round is a star-studded lineup of angel investors, including the Khan family; Zoe Cruz, Jerod Mayo, a New England Patriots coach and former player; Ju Rhyu of Hero Cosmetics and others.

SOS’ machines have been installed in a number of venues around Boston, including Fenway Park, Prudential Center, Boston Children’s Hospital, and State Street Corporation’s offices, as well as FLA Live Arena in Sunrise, Florida.

“Our machines transform a moment of panic into a moment of empowerment and choice,” said Robina Verbeek, founder and co-CEO at SOS. “We believe that convenient access must be paired with exceptional products and an elevated retail experience. ‘Quick and easy’ shouldn’t mean ‘cheap and shoddy,’ especially when it comes to women’s health. Everyone deserves better.”

The two-woman founding team and the company’s co-CEOs are Susanna Twarog and Robina Verbeek. They met as colleagues at financial services company State Street, and combined forces to solve the perennial problem of broken, out-of-stock tampon machines. 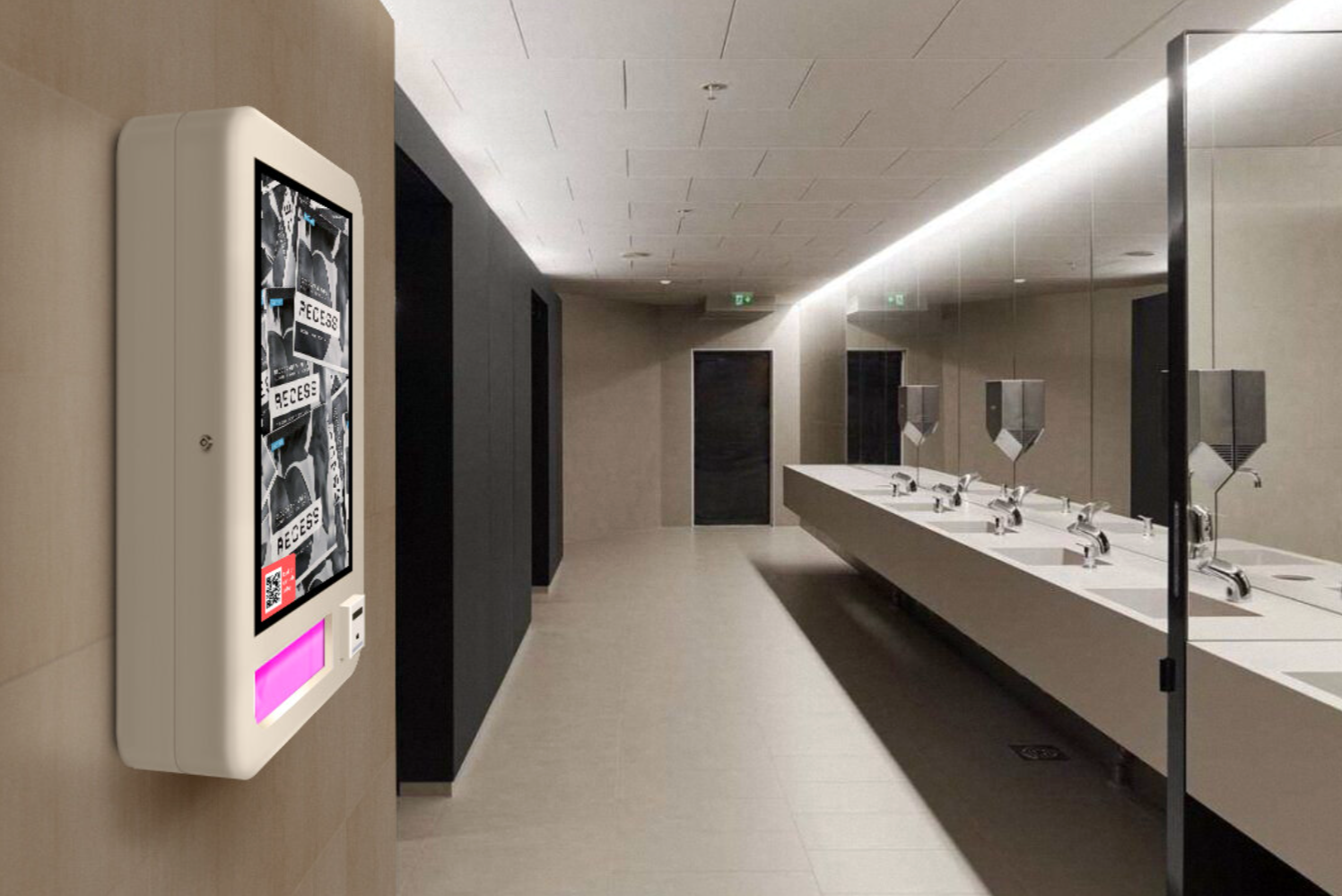 The team built its first version of the machine in 2017, and deployed the first vending machine at a location in 2020. The company’s mission is to replace the unreliable, ugly old metal boxes with modern devices and services that “delivers essential personal care and beauty products from today’s leading brands.” The company hopes that its five design patents will hold the competition at bay for long enough to get a foothold in the market.

“We’re proud to partner with SOS to meet the wellness and personal needs of our staff, fans, and the South Florida community,” said Panthers Chief Commercial Officer Shawn Thornton. “We hope the SOS smart machines give patrons peace of mind knowing they can easily access these wellness products while enjoying concerts, games or events at FLA Live Arena.”

The company’s next installation will bring an additional 35 SOS machines to the Florida Panthers’ FLA Live Arena in Sunrise and five machines to the Panthers’ IceDen in Coral Springs. In the coming months, the company is aiming to expand to additional cities and locations across the U.S., including New York, Florida, California and beyond.