Micro and small businesses in emerging markets still struggle to access digital payments for several reasons. One, most of them are excluded from various payment ecosystems globally due to their size, and two, getting hardware from providers can be expensive.

U.K.-based fintech Nomod allows these businesses to bypass the card terminal by providing a platform to accept card payments on their phone with no extra hardware. The company has raised $3.4 million in seed funding at a valuation of $50 million.

Payments will act as the company’s flywheel to acquire a merchant base and build out a financial operating system, founder and CEO Omar Kassim told TechCrunch.

The plan for the company is to provide merchants with access to accounts, cards, local payment networks and lending. This suite of services is essential in the primary markets in which Nomod is aiming to build a significant merchant base, like Saudi Arabia, the UAE and Bangladesh.

In Saudi Arabia, for instance, only 3% of more than 1 million registered businesses have access to bank credit. In the UAE, it can take nearly six months to set up a business bank account. For Bangladesh, card POS hardware is pretty expensive for small and medium merchants.

With Nomod, merchants can start dealing with payments issues first as they can download Nomod on their phones and process in-person payments and payment links from their customers.

Customers can use different cards, from Visa and Mastercard to American Express and Union Pay, or go contactless via NFC and QR codes. The company also allows merchants to charge in over 135 currencies.

“A merchant today can install Nomod, sign up in three or four minutes and start processing in-person and online payments using payment links,” Kassim said in a call with TechCrunch. 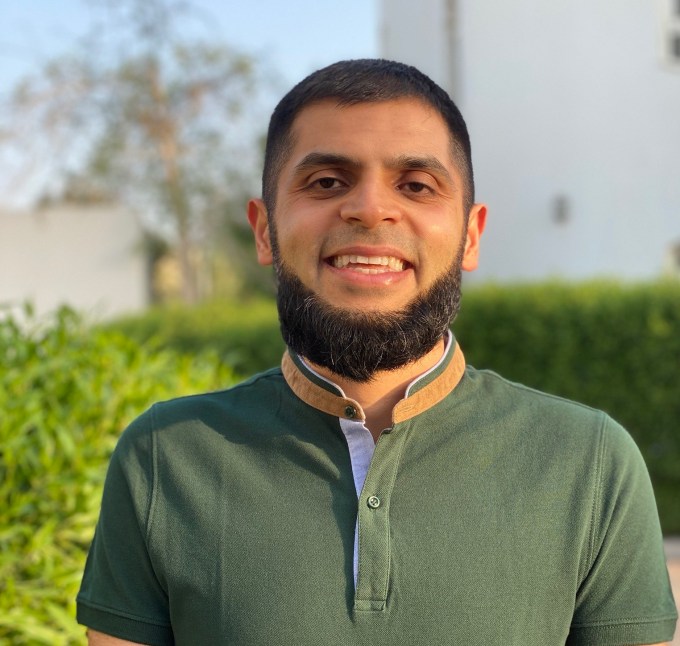 Although Nomod has focused its early acquisition on merchants in the MENA and GCC region, Kassim says the platform has a global reach and allows merchants to sign up from more than 40 countries across Europe, the U.S., Australia and Asia.

Kassim said the company is conducting tests with merchants in Nigeria and South Africa and expects to launch both markets in the near future.

“Our thesis is that card acceptance is a fairly homogenous action. Whether you’re doing it in Australia or India, or wherever, it doesn’t really matter. We feel like we can do a lot of markets in parallel, and today, we allow merchants to sign up from 44 different countries to use our platform.”

For now, Nomod can acquire and settle merchants in the U.S., the U.K and the UAE in their local currencies — dollars, pounds and dirhams, respectively.

But in other markets where there is some currency fluctuation, say, in South Africa, Nomod applies some FX cost. Kassim says that once there is significant adoption in such markets, Nomod will optimize its platform for the merchants and begin acquiring and offering settlements in their local currencies.

From its YC bio, Nomod describes itself as “Square minus the hardware” and Kassim believes the name is telling, particularly as to how payments have evolved since Stripe launched in 2010.

According to the founder, if the $95 billion company were to launch newly, it would not need hardware. However, his bias results from how payments work in emerging markets like the UAE, where most businesses carry out their fintech transactions using wallets or tokens. The platform is one of Stripe’s listed partners to accept in-person payments.

“Some platforms are seeing about 60-70% of all of their online transactions coming from Apple Pay. And so what you’re finding is that consumers these days actively tokenizing [payments] onto their device.”

Before Nomod, Kassim ran an e-commerce marketplace platform JadoPado and sold it to Noon, an Amazon competitor in the MENA region.

He then worked on some consulting gigs, and after noticing the wave of fintech and neobank activity that stormed the U.K., he started Nomod as a side project in 2018. It was a simple app that allowed anyone with a Stripe account to make in-person payments.

Running the product gave him two broad ideas on how he thought payments might look in the future. First was that plastic cards get replaced by digital tokens or native wallets in consumer fintech. And for fintechs targeting merchants, legacy hardware would give way to software-led solutions.

“There isn’t a dominant mobile software solution for payments globally at the moment. So I almost feel like there’s an opportunity for us to build like a WhatsApp or Telegram equivalent for payment acceptance or face to face as well with things like payment links and subscription.”

Since officially launching in March 2021, Nomod has acquired nearly 4,500 merchants. According to the company, its total processed volume has grown 11.5x and is on an annualized run rate of $7 million.

The company, which graduated from the recent Y Combinator summer batch, received investments led by Global Founders Capital. Other VCs such as Kingsway Capital, Goodwater Capital, and angels from the Valley and globally, including a partner from DST Global, participated.