Hello and welcome back to Max Q! I know I said this last week, but TC Sessions: Space is right around the corner and we’d love for you to join. You can find a sneak peek of the agenda at the bottom of this post.

NASA officials provided an update on the Artemis program — which aims to send Americans to the moon for the first time since the Apollo days — during a briefing Tuesday, when they officially confirmed that Artemis-2 and Artemis-3 would be pushed back by at least a year.

What’s interesting is that NASA Administrator Bill Nelson was not shy about pinning the delay at least partially on Blue Origin’s ongoing protest of the Human Landing System contract (this is the crewed vehicle that will make the final leg to the moon). NASA awarded the contract solely to SpaceX back in April, and Blue Orogin has been protesting ever since.

The agency lost “nearly seven months in litigation” over HLS, Nelson said. He also gave a shout-out to NASA’s legal team and the Department of Justice lawyers.

Nelson also repeatedly brought up China’s rapidly advancing space program, noting that the country is “increasingly capable” of landing taikonauts on the moon. He vowed that NASA would be as aggressive as it could be in a safe and technically feasibly way “to beat our competitors with boots on the moon.” 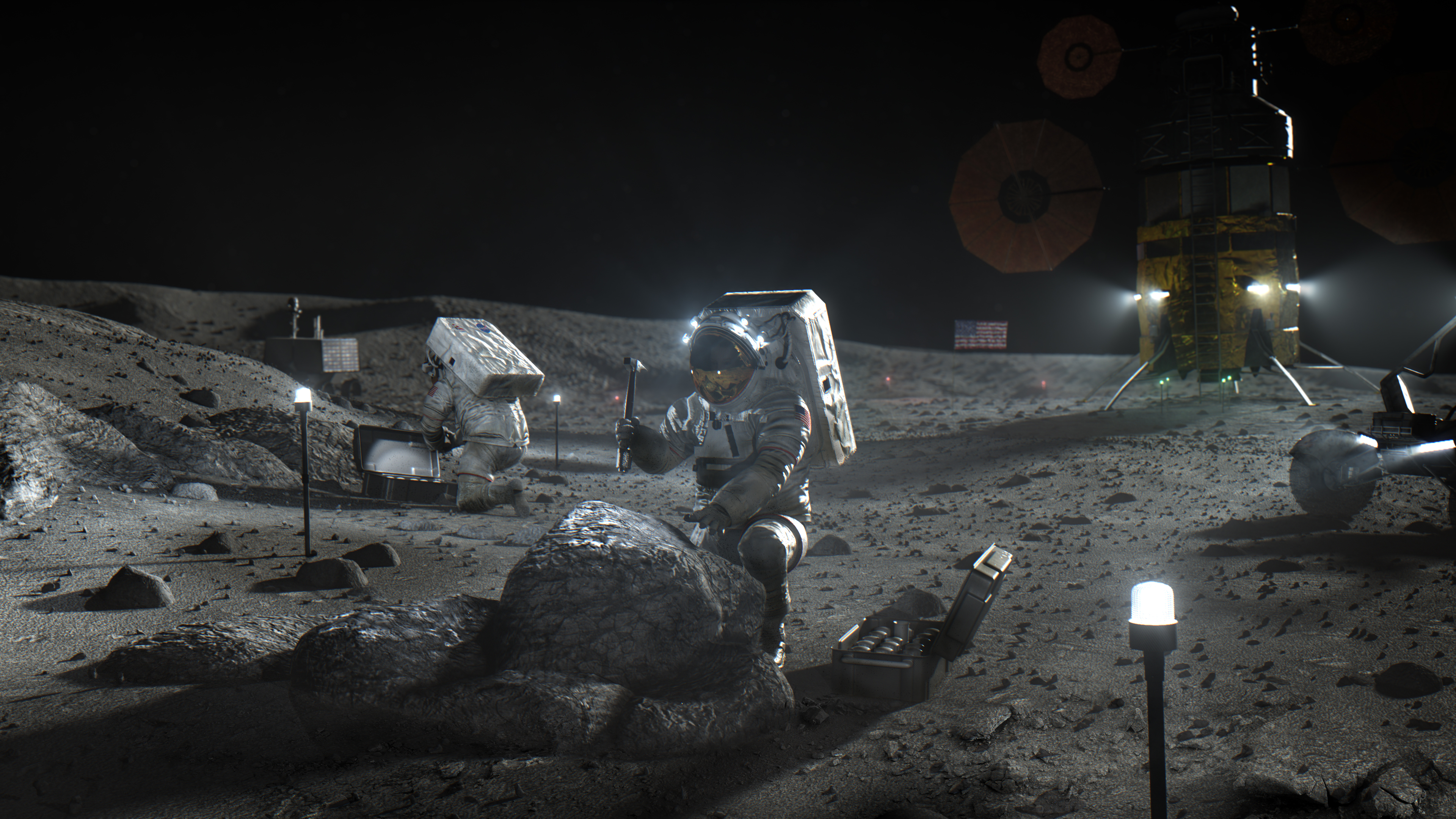 SpaceX is gaining a lot of experience in human spaceflight. The company brought back four astronauts from the ISS on Monday evening (“Crew-2”) — and then sent another quartet (“Crew-3”) to replace them on the station just two days later.

The Crew-3 mission is part of NASA’s Commercial Crew Program (CCP), a partnership between the agency and private industry to develop and use human space transportation vehicles. SpaceX began providing transportation services to and from the ISS under the CCP in 2020, under a $3.1 billion contract for six missions. (Boeing was awarded a $4.8 billion contract under the program for its Starliner capsule, which has faced a series of technical snafus that will likely keep it grounded until the first half of next year.)

You can rewatch the launch here.

Meanwhile, Rocket Lab — the only other company besides SpaceX to achieve first-stage reusability — also had a launch scheduled for Wednesday, but that is now delayed until at least November 16.

“We are holding off on launch today out of an abundance of caution due to an out-of-family ground sensor reading and to allow more time to complete helicopter recovery preparations,” Rocket Lab said on Twitter. 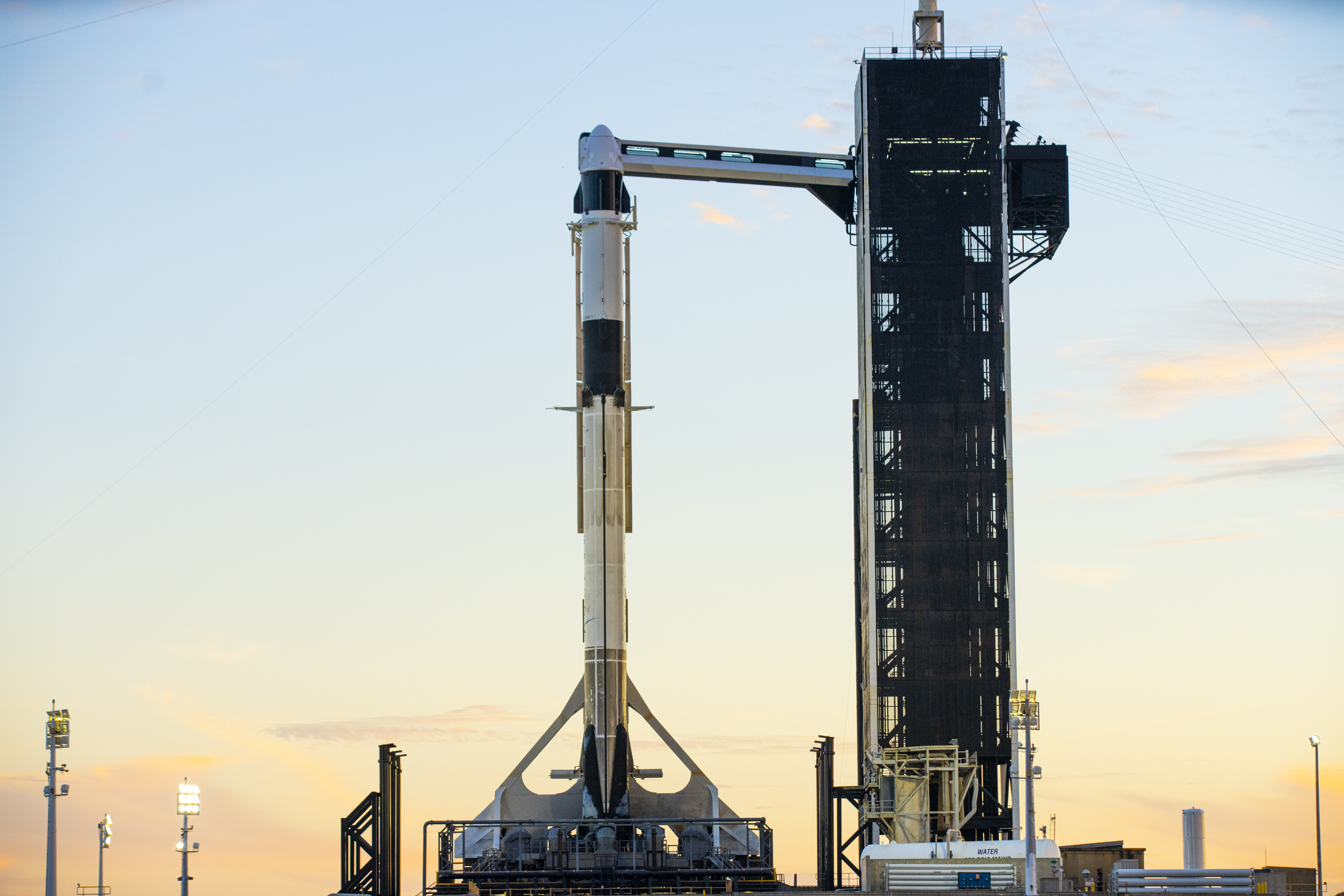 More space news from TC and around the web

BlackSky announced a five-year deal with NASA to provide satellite imagery to support the agency’s Earth observation research. The company reported revenues of $7.9 million for the quarter, up 49% from a year ago, with an EBIDTA loss of $16.2 million and $198 million on the balance sheet.

Bryce Tech released its quarterly report this week, focused on the global launch industry. Some tidbits: last quarter, state-owned China Aerospace Science and Technology Corporation had the most orbital launches at 15, with Arianespace taking the No. 2 spot and SpaceX coming in third. Arianespace launched the most number of spacecraft, however. 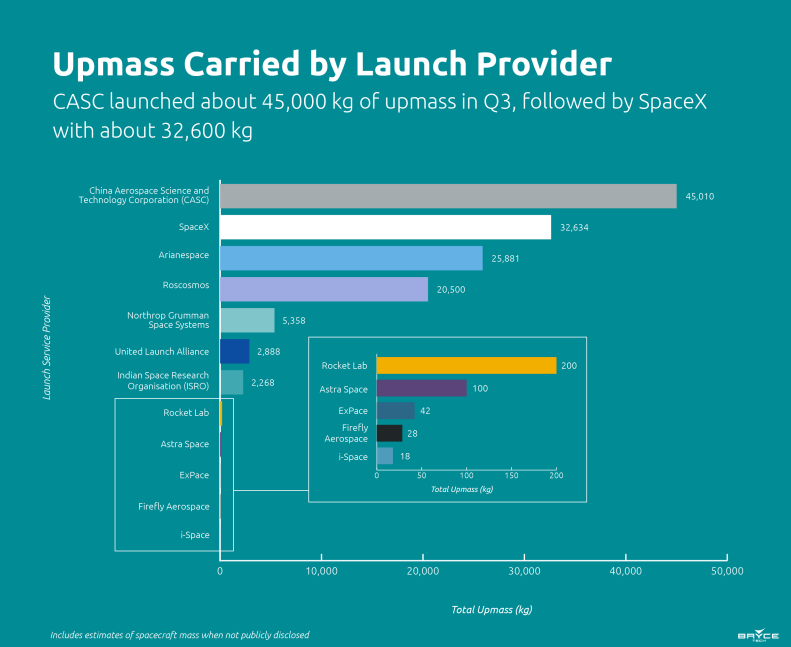 HawkEye 360, a company that collects and sells data from its radio frequency satellite constellation, raised a $145 million Series D. The company aims to expand its constellation from nine to 30 by the middle of 2023.

Spaceflight Inc., a launch services provider, will use one of its Sherpa orbital transfer vehicles to deploy customer spacecraft to two distinct orbits for the first time. The vehicle that will attempt to execute the maneuver will be the electric propulsion space tug Sherpa-LTC1, after heading to orbit aboard the SpaceX Transporter 3 in January 2022.

SpinLaunch, a stealthy startup that is taking a very unconventional approach to launch, completed its first successful test of a subscale prototype of its kinetic launch system in October. Essentially, the startup is developing a system that uses a large, vacuum-sealed chamber and a hypersonic tether to spin a spacecraft at a high enough velocity — up to 5,000 miles per hour — to escape the atmosphere. That means no rocket, no rocket engines.

The early agenda for TC Sessions: Space is here

Check out a sneak peek of the early agenda by clicking here. Suffice to say, you won’t want to miss it.