Insurance lags behind other financial services in the adoption of digital technologies. Granted, a few unicorns have popped up from the modern digital insurance space such as Tractable and Lemonade; however, this sector hasn’t raced to the stage as quickly as say, payments or lending.

With the global insurance market worth over $5 trillion, there are different opportunities to be tapped despite the presence of large incumbents.

In Africa, one startup is carving a niche for itself. By way of using APIs, Root is helping businesses and developers launch insurance products faster than the traditional way. The company, based in South Africa, has raised $3 million in seed funding to scale outside the country and build the infrastructure for the global digital insurance economy.

Venture capital firms Invenfin, Base Capital, Savannah Fund, P1 Ventures, Luno and FireID took part in the round, including some high-impact angel investors.

Root started off with the premise that many barriers, including compliance and capital, prevented software developers and businesses from building and innovating around insurance.

CEO Louw Hopley told TechCrunch he noticed in 2015 that while other financial services started to use APIs to seamlessly help developers build products tailored to their offerings, nothing was being built around insurance.

“We’ve got quite a strong feeling that insurance is stuck in the 1900s. There’s still a lot of paper being used even as consumer behaviour has moved to digital real-time. There’s a personalized kind of environment pretty much in every industry, but insurance is struggling to catch up,” he said.

“And that’s kind of what we’re trying to figure out to break down those barriers and package it behind easy to use APIs so that people can start solving for this new modern digital personalized age.”

Hopley launched Root in 2016 to cater to this need. Jonathan Stewart joined as a co-founder leading sales and partnerships in 2018.

Root’s first product was programmable bank accounts and cards but it has moved on to providing insurance APIs which is now its core offering.

Root plugs on top of insurance companies, who underwrite the products that developers and business analysts, using Root, build and integrate into their existing customer experiences, which can exist on a website, chatbot or a mobile application. 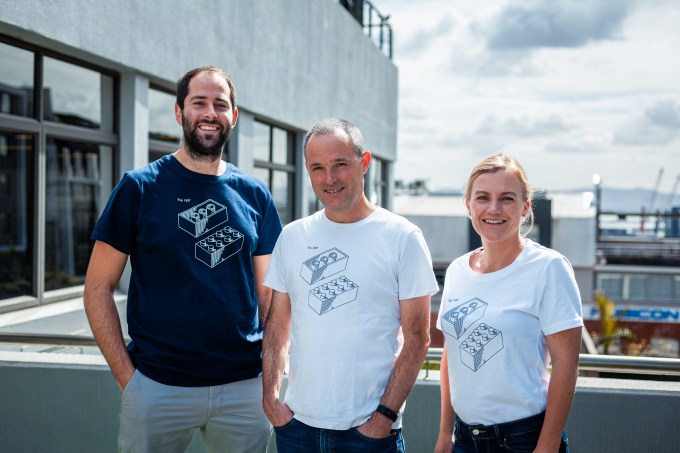 The five-year-old company primarily targets non-insurance companies with a steady client base; businesses offering insurance as a secondary product. For instance, telcos, retailers and banks. However, it also powers affinity insurance players; some of the largest in South Africa actually.

Some of these clients include Mr Price Money, FinChoice, Telkom, Metropolitan, Sanlam and Guardrisk. With Root’s insurance infrastructure, these companies have processed millions of policies and thousands of claims each month.

The South African company makes money through subscription licensing fees based on its client’s size and complexity of their needs.

In addition to helping developers and businesses launch insurance products, Root provides channels for these businesses to reach more customers and takes care of compliance issues.

With the new funding, Root intends to roll out its flexible low-code digital insurance platform as it expands to other markets, Europe in particular.

Hopley does not mention the countries Root will expand into; however, judging by the level of insurance play in the region, the U.K., Germany and France might be at the top of the list.

While Root has plans to hire more technical and business talent in Europe, Hopley says a large part of the company’s team will remain in South Africa.

That being said, the company’s focus, especially as it expands into new terrain, is to build the operating system for the global insurance industry, said Hopley.

“We feel there needs to be a standard platform on which people innovate and build their products and integrate with. Essentially, that means we want to be the platform all product innovators, actuaries and developers will log into to build insurance products and get them to market. We feel that if you do that you can drive much more innovation faster because you kind of enable sub economies to spin up and other people to start building specific solutions into insurance. It essentially integrates the whole industry.”

In a statement, Paul Rutherford of Base Capital said Root’s APIs bring simplicity to the complex world of insurance and improve consumers’ and insurers’ experience. Mikael Hajjar of P1 Ventures, on the other hand, notes that Root might be the best positioned Africa insurtech startup to gain market share in Europe and the U.S.