Once I was recovered from the initial surrealism of Amazon launching its own home robot, I immediately thought about iRobot. The company cornered the home robotics market a decade ago, and while there are now countless robot vacuums, they’re all more or less riffs on the Roomba.

The issue with having a big hit is the same across industries and mediums — which is to say, everyone immediately starts asking what’s next. Subsequent attempts at home robots have failed to capture that lightning in a bottle — remember the pool cleaning Mirra and gutter clearing Looj? The mopping Scooba line appeared to be a moderate success, though the company ultimately shelved it in favor of the Braava brand it acquired in 2012.

The MIA Terra aside, the company has instead opted to focus on Roomba and the role it can play in unlocking the smart home. It’s something iRobot has talked about a lot over the past several years, with mapping and connected third-party AIs like Google Assistant and Amazon Alexa playing a key role.

Suddenly, Amazon is a competitor of sorts. While Astro doesn’t vacuum (not yet, at least), the robot does appear focused on a number of smart home features iRobot is no doubt hoping to address with the Roomba going forward. Ultimately, Amazon is attempting to address the longstanding question of whether users are interested in a kind of jack-of-all-trades home robot, versus, say, a robotic vacuum with additional benefits.

But while the two may ultimately be competitors, short term, iRobot announced that it is continuing to be committed to its Amazon partnership. Says CEO Colin Angle:

Smart home products often fail to live up to consumer expectations because they require complex programming for basic functionality and lack the ability to truly interact with them. We believe robots should be thoughtful and responsive, and clean according to the user’s unique preferences. The combination of advanced navigation, object identification and advanced voice-enabled technologies lets people interact with them in a more natural way, gaining greater control of their smart home. We’re excited to unlock even more intuitive cleaning and smart home experiences by working with Amazon to integrate cutting-edge voice capabilities.

Couple of cool research projects I had a chance to highlight this week. Both are still pretty early days. First is this one from MIT CSAIL, which asks how robots will interact with humans as they become an increasingly active part of society.

A fun one out of ETH Zurich, meanwhile, posits that small cilia-like hair could play a role in propelling microbots used to perform important medical procedures, from medicine delivery to surgery. The system uses ultrasound to move the tiny appendages, creating vortexes in the fluid that propel the tiny robots forward and backward in straight lines.

On the medical tip, NVIDIA unveiled Clara Holoscan at this week’s GTC Keynote. The computing platform marks part of a big push into healthcare for the chip maker. It writes:

NVIDIA Clara Holoscan is the AI computing platform for medical devices that combines hardware systems for low-latency sensor and network connectivity, optimized libraries for data processing and AI, and core microservices to run streaming, imaging, and other applications, from embedded to edge to cloud.

The platform is a bid, in part, to play a role in the burgeoning world of surgical and other medical device robotics. 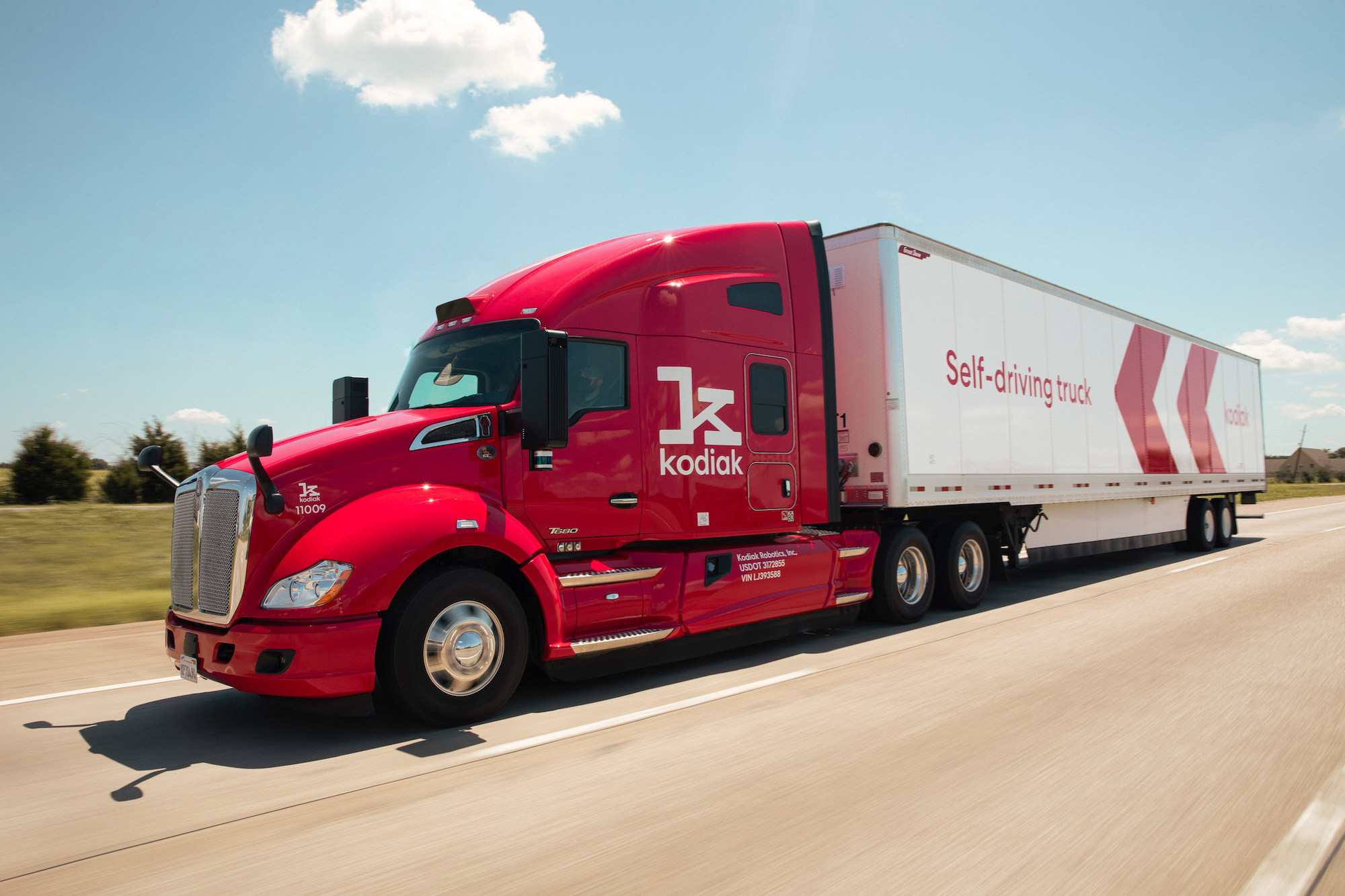 Another week, another big round for robotic delivery. Here’s a $125 million oversubscribed Series B for Kodiak Robotics, which, as Kirsten notes is “one of the last privately held autonomous truck outfits in Silicon Valley.” This latest round brings Kodiak’s total to $165 million — a nice haul since its 2018 founding.

We need to scale and with scale comes growth across the entire company — more drivers, more operations folks, more engineers. R&D is definitely the primary utilization of the funds. Scaling the fleet is also a really big one, obviously, as you watch the space you see that there’s an ever growing interest in commercial traction and customers and partners and miles driven and the size of the autonomous freight network. So we’re going to be expanding all of those efforts and that all costs money. 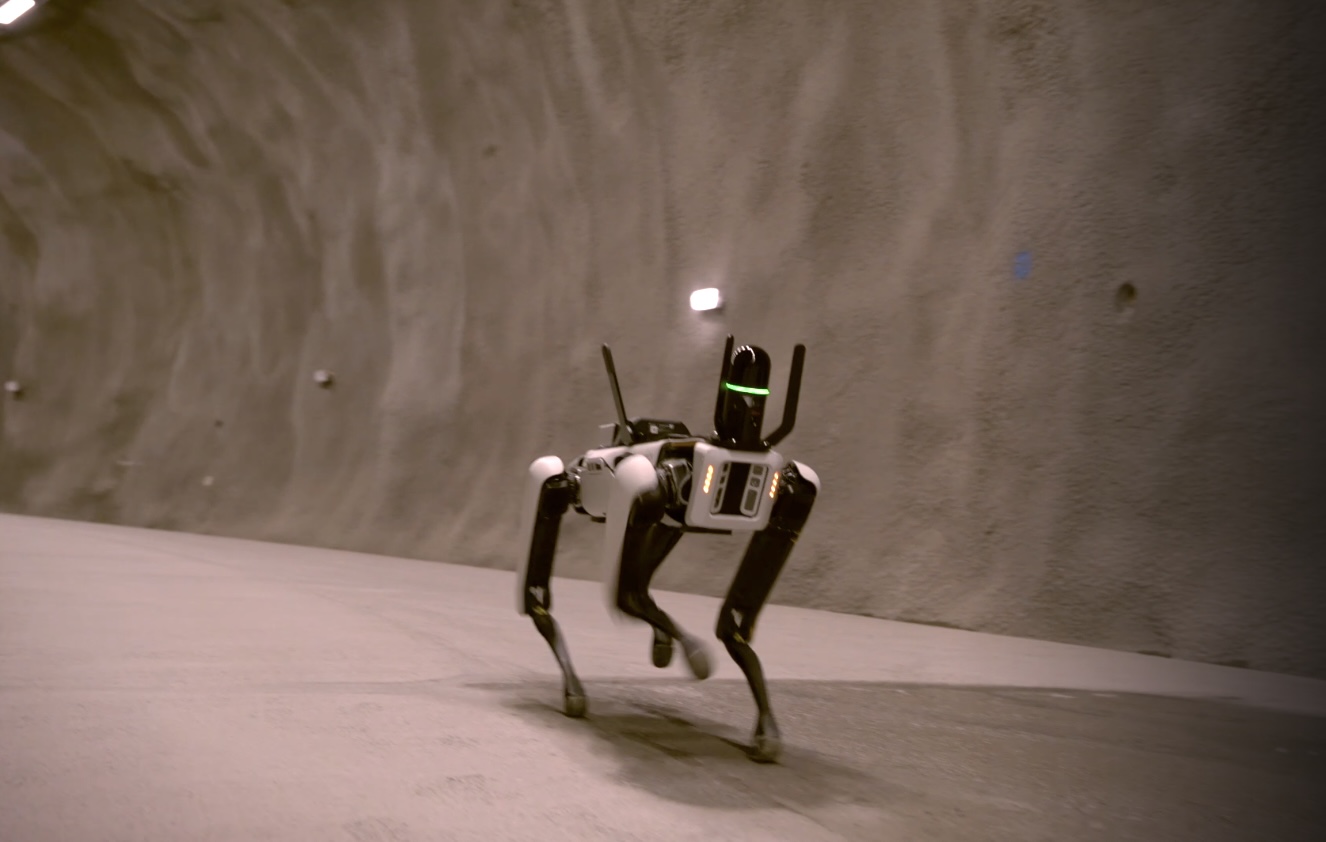 If you’re like me, it’s way to early to be thinking about CES. Frankly, I’d prefer to really get the gears spinning about halfway through the plane ride to Vegas. But like Christmas, the tradeshow seemingly arrives earlier every year. This year, I was asked to be a judge for the annual CES Innovation Awards, and the honorees just dropped.

There are an handful of robotics companies on there worth noting. Of course, these things tend to be more consumer-focused (it’s the “C” in CES), which can be a tricky prospect. More often than not, robots targeted at consumers amount to little more than expensive toys.

With than in mind, here are some of the more notable choices in robotics,