The company confirmed to TechCrunch that it has raised $100 million in Series C financing — split between $70 million equity and $30 million debt.

New investors CommerzVentures, Allan Gray Ventures, Endeavor Catalyst and Endeavor Harvest also joined the round, while ShoreCap III returned as an existing investor with other funds.

The announcement is the icing on the cake for the company, which has made several significant acquisitions and investments in the last couple of years rarely matched by any fintech on the continent.

In a call with TechCrunch, founder and CEO Dare Okoudjou was quick to highlight MFS Africa’s mission on the continent: to make it easy for Africans to send and receive money just as they do with calls.

For someone who spent more than a decade in the telecoms as an engineer and executive, Okoudjou has been around long enough to know how difficult it was to make a phone call in Africa.

And though calls are still expensive in Africa when compared to the rest of the world, the process of making them has become pretty simple thanks to mobile phone penetration and advancement in telecommunications. With MFS Africa, Okoudjou envisions the same for payments on the continent.

“The way we take for granted the fact that we can communicate with anybody around the world via a mobile phone, my dream is that it should be the same with a mobile wallet,” CEO Okoudjou told TechCrunch during an interview.

“If you sign to any mobile wallet somewhere in the world, starting with Africa, it should be enough to transact with anybody else in the world. That’s the grand mission of the company.”

He started the company in 2009, facilitating peer-to-peer transactions from Kenya to Zambia, Uganda, Zimbabwe and the Ivory Coast, and vice versa.

But as the company continued to grow, it became apparent that the product had use cases for small businesses. In fact, at the time, more than half of its users in East Africa reported using the platform for business reasons, according to Okoudjou.

Thus, by merging fragmented and disparate payment schemes across the continent into one seamless network the same telecom networks operate, MFS Africa became the go-to platform for individuals and businesses to transact across borders and currencies.

However, a presence in Africa’s largest market, Nigeria, remained elusive for the company. That changed last month when it acquired Baxi, an agent banking platform developed by Capricorn Digital.

Nigeria is quite different from the typical MFS market, where mobile money agents run the show. In the West African country, agent banking networks are more prominent.

But because they offer a similar range of services in digitizing cash like mobile money agents in East Africa, it made sense for MFS to acquire Capricorn and have access to its more than 90,000 agents.

Not only does the acquisition give MFS Africa an entry into the Nigerian market, but it also opens the company to a sophisticated agent network unseen in other African markets, said Okoudjou.

“Agent networks are the most digitalized segment of SMEs already on the continent because very often they have other businesses selling other things. They are plugged into the economy and the fabric of society,” he said.

“So if you’re thinking about bringing digital payment and digital at large to SMEs in Africa, this is a pretty good place to start. And we believe again that what’s happening in Nigeria may end up being the blueprint for the rest of the continent.” 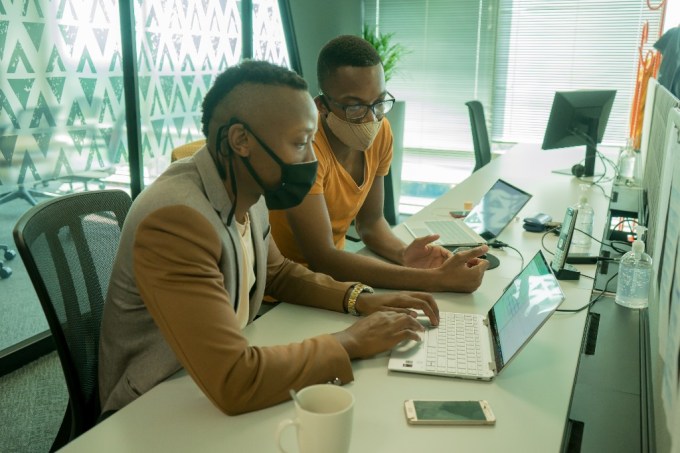 When the Baxi acquisition is completed, pending approval from the Central Bank of Nigeria, Okoudjou says a customer can walk to a Baxi agent and make cross-border payments to Benin, Cameroon or China, and vice versa.

Facilitating payments from Africa to China falls outside the purview of MFS Africa’s holistic pan-African payments approach. However, it’s an opportunity too good to ignore: China-Africa bilateral trade is one of the fastest-growing corridors globally, with a value topping $192 billion in 2019.

Okoudjou says the company began considering the corridor when it kickstarted the acquisition of Beyonic, a Ugandan digital payments provider for small and medium-sized businesses. The Johannesburg-based company had surveyed these businesses to understand their needs better and found out the most pressing issue they faced, asides from accessing loans, was sending and receiving payments to and from China.

MFS Africa is currently working on setting interoperability between payment networks in the Asian country and Africa, starting from Nigeria before spreading to other markets. The timeline for rollout might be next year, according to some sources.

Last year, MFS Africa fully acquired Beyonic; with Baxi, the company has made two consecutive acquisitions in the space of a year and some months. And coupled with minority stakes in smaller fintechs such as Julaya, Maviance and Numida; health insurance product Inclusivity and agritech platform Akorion, MFS Africa has done a decent job using investment and acquisitions — methods Okoudjou terms “inorganic growth” — to exert its influence across the continent.

In 2018, MFS Africa raised its Series B and closed at $23 million after some extensions. With this Series C round, its total equity raise is over $95 million while debt stands at $30 million (the company is raising debt for the first time). Emerging markets lender Lendable and Norsad provided the debt financing.

Debt presents an opportunity for many founders and startups to have cheaper funding because they do not have to give out equity. In MFS Africa’s case, it raised debt financing to finance the floats needed for real-time settlements.

“If someone is sending money from Kenya to Uganda in less than a minute, someone needs to be out of pocket. We manage that across all these countries across all these partners, and you need a little bit of oil to grease the system,” said the CEO.

“We realized we don’t need to raise equity since there is a debt market for that. So that’s one of the reasons we looked at debt and we believe again, as the ecosystem matures, more companies will also do a combination of debt and equity.”

MFS Africa intends to use the new investment in several ways. First, it wants to double down on its expansion efforts and add more regional offices across the continent and in the U.S. and China. It recently opened new offices in Abidjan, Kampala, Kinshasa, Nairobi and Lagos while moving its headquarters from Mauritius to London.

The 12-year-old company has also earmarked some funding to strengthen its Governance, Risks and Compliance (GRC) functions and treasury and liquidity pool. It also plans to hire more talent within and outside the continent and continue investing in other African tech startups.

In a statement, Julius Tichelaar, a partner at AfricInvest FIVE, said his firm led the round because MFS Africa’s broad range of financial and payments services resonates with AfricInvest FIVE’s financial inclusion strategy.

“Cross border payments remain an important challenge in many African markets today and MFS Africa is uniquely positioned to confront this. We are excited to join MFS Africa’s world-class management team on its mission and to support its growth journey,” he concluded.