The company was founded by Oskar Ziegler, Franz Purucker and Leo von Kleist in July 2020 to offer software and operational services, including transparent cost structures, special features and sustainable packaging and shipping. 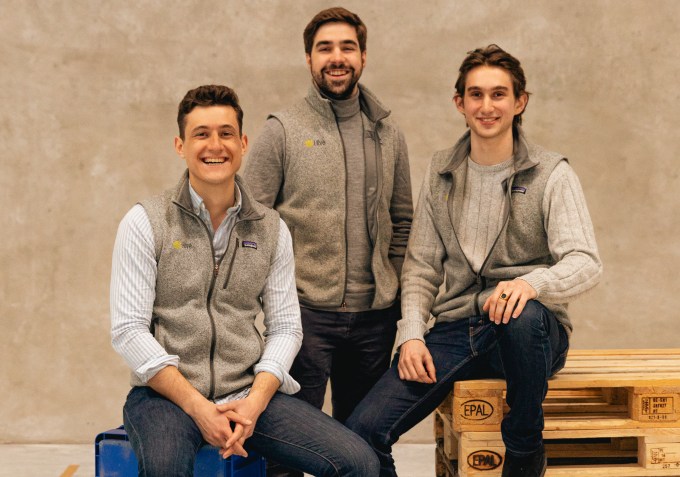 Ziegler, who started out in food delivery with foodpanda in Hong Kong, said he began consulting on e-commerce and logistics, and during a discussion with friends who were building DTC brands, the topic turned to operational problems.

“It was then that I thought we could build something to give small retailers the same logistics power as Amazon,” he added.

Purucker explained that when DTC brands get started, the founders are passionate about sales, marketing and finding the right message and influence to get their brand out into the world. However, when they go beyond 30 orders per month to more like 1,000, it becomes more difficult to check inventory from their homes, and they are not getting the cost-competitive rates from freight forwarders that the big brands are getting.

Hive levels that playing field by using data to streamline fulfillment, which he considered “the heart of the operation,” by providing a variety of delivery choices and the ability to get the same inventory management, cost structure and customer notifications that companies like Amazon are using.

The new funding round was led by new investor Tiger Global Management and Activant. It gives Hive total funding of $44 million and boosts its valuation to $157 million.

“We have looked extensively at the fulfillment space and gained conviction that the full stack model is superior due to its full control over the ultimate service quality,” Fabian Heilemann, partner at Earlybird, one of the company’s existing investors, said via email. “Hive has compiled the strongest team in the European market to execute on that vision. That’s why we doubled down on our investment in this round.”

Now armed with the new capital, Hive intends to invest in product development and build out new services for supply chain and business teams that will have it triple its tech team by next year. It will also expand geographically, starting with Paris in early 2022. The company aims to bring down delivery times to two days in most places in Europe and next-day for core markets.

In 18 months, Hive quickly grew into a team of more than 100, working on the warehousing of products and the processing of orders through its own fulfillment center. During that time, the company’s revenue grew 10 times and it is processing a few thousand packages per day.

Editor’s note: Due to company error, the round investors were corrected.