It’s been 12 years since the animals of Zynga’s FarmVille first grazed the screens of fans worldwide.

When it launched in 2009, the strategy simulation game was the first major game on Facebook to ping friends in the News feed. This drew players back into the game and formed an addictive loop that quickly turned the simple act of tending crops into an obsession for fans, including celebrities and politicians. By the end of its first week, FarmVille had reached one million daily active users, according to Zynga founder Mark Pincus. From there the game went viral and became such a huge part of the cultural zeitgeist that at the height of its popularity in 2011, Zynga had over 300 million users and was generating nearly a fifth of Facebook’s revenue.

But in 2012, as mobile became the dominant platform for casual gaming, Zynga struggled to pivot. It wasn’t until 2014 that Zynga launched its mobile game, FarmVille 2: Country Escape, a side quest followed up by FarmVille 2: Tropic Escape two years later.

It would take the arrival of new leadership in 2016, led by CEO Frank Gibeau, to make the farm franchise come alive for a new generation of players. Late 2016, Gibeau opened Zynga’s Helsinki Studios near mobile giant Supercell, maker of the hit strategy game Clash of Clans and farming simulation Hay Day. Then in 2018, Zynga recruited Nordic games veteran Sonja Ängeslevä from Unity Technologies to head the development of FarmVille 3.

Although the original FarmVille shut down late last year when Adobe ended support for Flash, the franchise still has a massive following, according to Zynga’s president of publishing Bernard Kim, with more than 700 million installs to date, more than a fifth of the four billion downloads of Zynga’s entire game portfolio.

TechCrunch spoke with Ängeslevä about why she believes FarmVille 3 will have global appeal, and Pincus on what it means to see the farm world he created over a decade ago brought back to life. 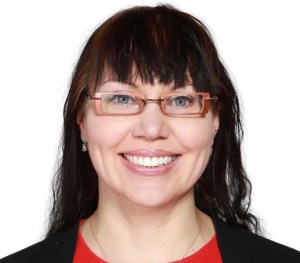 After years of seeking fan feedback, Ängeslevä found the most desired feature players wanted were animals to nurture. So FarmVille 3: Animals was created to serve as a collectible Tamagotchi game of sorts. Launching with 150 exotic breeds, like Golden Pheasants, Palm Cocktaoos and Silver Arabian Horses, players will have a chance to care for their newborns and raise them to maturity while earning rewards for good parenting. Animals in the flock will serve a purpose, like laying eggs or providing wool, but some of the animals in the game will become loyal companions like pets.

“Although the core gameplay is still the planting and harvesting of crops, the animals add a depth of layers to farm building activities that bring a richness to the world,” said Ängeslevä.

The secret to the game’s success will lie in its ability to surprise and delight players through continuous live updates of content. Minigames like pig races and hot air balloon rides will be offered, as well as guest appearances by animal influencers, said Ängeslevä, giving a nod to the meme Grumpy Cat as an example.

And there will be cat and dog farmhands that can assist with tasks like picking flowers and digging holes. “The coolest thing is that farmhands can interact with items in the game, like jumping into a chair or swinging on the swing set,” she said. “There are also weather events that provide dynamic gameplay, like rain and snow, that affect crop yields. The game has been designed so that players never run out of things to do.”

As one of Zynga’s Forever Franchises, FarmVille 3 is expected to monetize with ads and in-app purchases, with the goal of generating $100 million in annual revenue over the next five years, Ängeslevä said. 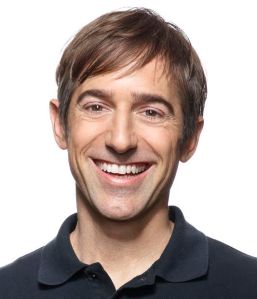 “I’m just happy to have FarmVille out there for players to enjoy again,” Zynga founder and chair Mark Pincus told TechCrunch. “It’s been such a long journey to get it on mobile. We originally showed FarmVille onstage with Steve Jobs for the iPhone 4 launch in 2010, and it was so difficult to get it to synchronize with the web game because of Flash. We always wanted to launch a next generation of FarmVille, but needed it to be a next-level experience, not just an add on.”

As for FarmVille evolving into a virtual world like Roblox, where bands like Third Eye Blind can play at the country fair, Pincus said, “From the very first time I thought of FarmVille, I thought that could be the beginning of the metaverse where you could start with a square plot of dirt and build that into a persistent connected world. That was my original vision for Zynga and social gaming, so I’ll leave that possibility open.”