Kintaba, a startup from a couple of Facebook site reliability veterans, is building a product to monitor incident response across the entire life cycle. Today the company released a new concept called heat maps, a way to look at a response from a human perspective and build an understanding of how people in your organization respond when a crisis happens.

Kintaba co-founder and CEO John Egan says the company’s founders cut their teeth at Facebook and they wanted to create a product for organizations of all sizes that brings a positive focus to incident response through data. He says that the new heat maps give management inside a company a view of the people responding to the incidents, so they can understand who is most involved, something that’s been difficult to ascertain to this point using traditional incident response tools.

“This is a higher level view into reporting on the entire management suite. So rather than looking at something like [what happened] in the moment, [it’s about having] a retrospective over time,” Egan explained. 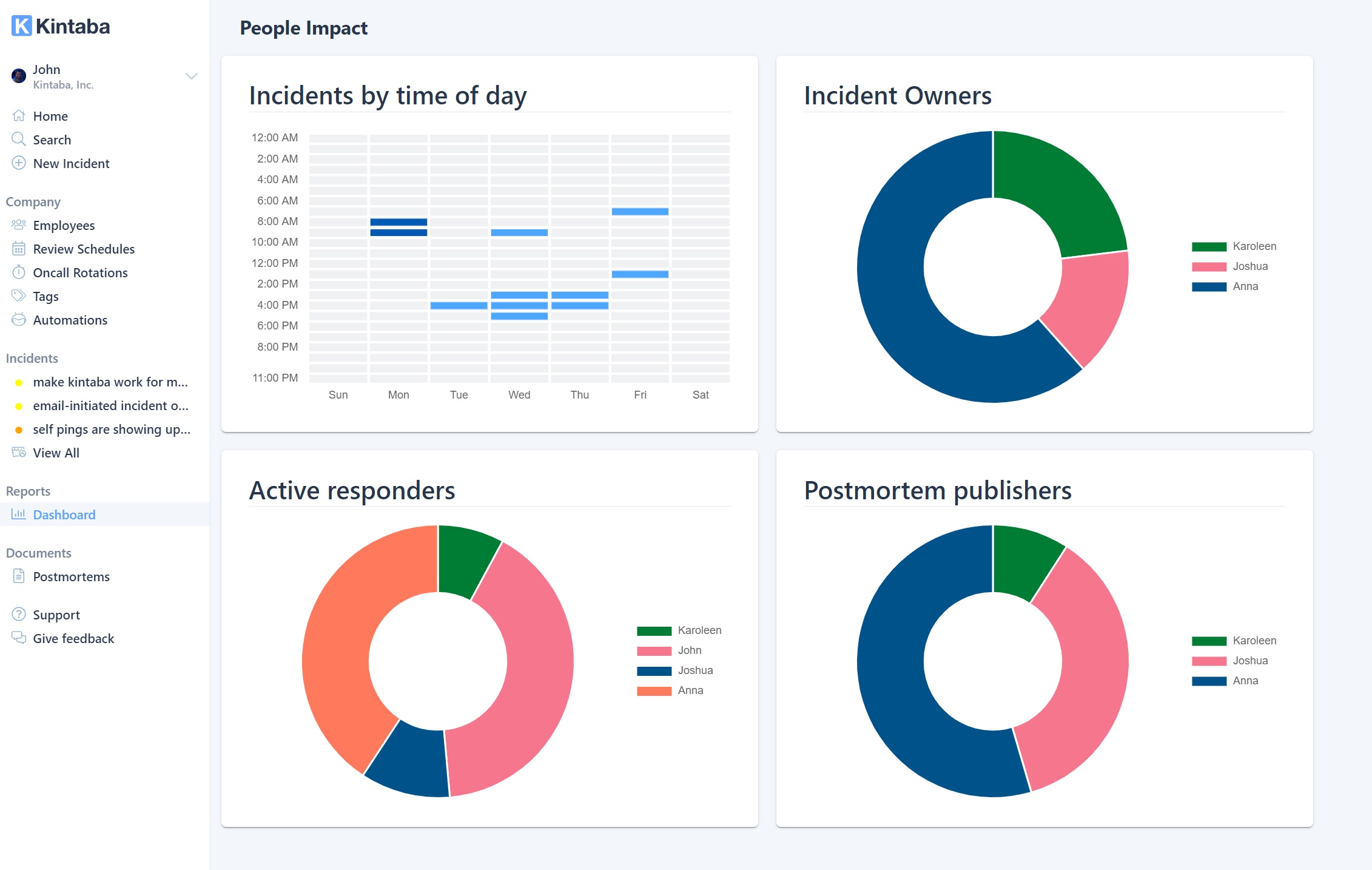 He believes that by looking at these heat maps, you can start to understand trends such as when incidents are happening, and perhaps more importantly, who the people are who are being impacted by those incidents. “It’s just an additional layer of information on the incident that I think was kind of missing before,” he said.

He hopes this data is used for positive purposes to help improve processes over time and to reward people who are going out of their way to report and respond to incidents and to reduce the impact of them on the company and customers. He sees this as a natural evolution of incident response, one that looks at the human and cultural side.

“Cultural challenges are really people’s challenges and you want that data as you move more towards a company-wide [incident response] implementation. And I think that’s really the direction this is going, [and this] is much more interesting [than traditional metrics]. I think the space is continuing to evolve into companies practicing incident response management in a [more] healthy manner,” he said.

Kintaba launched last year and so far has raised $2.25 million.